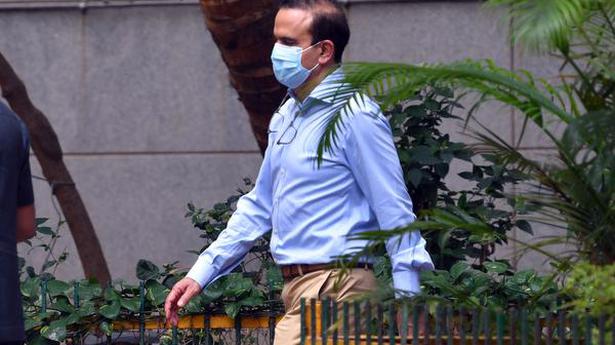 A division bench heard all 61 matters listed before them till midnight and said, “since we would seize to be vacation judges at the stroke of 12am so we adjourn the hearing to May 24.”

The Bombay High Court on Friday directed the Maharashtra government to not arrest former police commissioner Param Bir Singh till May 24 in the atrocities case filed against him.

A division bench of justices SJ Kathawalla and SP Tavade heard all 61 matters listed before them till midnight and said, “since we would seize to be vacation judges at the stroke of 12am so we adjourn the hearing to May 24.”

The court was hearing a petition filed by Mr Singh seeking to quash the FIR filed against him at Bazzar Peth Police Station Kalyan and it is also registered at Akola. The plea states, “The FIR refers to an event of 2015 and is belatedly registered after having failed to pressurize him to withdraw his complaint against former home minister Anil Deshmukh.”

On March 20, Mr Singh had written a letter to the chief minister Uddhav Thackeray alleging that Mr Deshmukh directed suspended police officer Sachin Vaze to collect ₹100 crores from bars and restaurants over a month.

Senior advocate Darius Khambata appearing for the Maharashtra government argued that the FIR was filed against Mr Singh only after a cognizable offense was made out.

The court asked Mr Khambata why all this when Mr Singh has had a fall out with the government and directed the State to not arrest him till May 24.

On May 20, an affidavit was filed by Mr Ghadge in the matter who opposed the petition filed by Mr Singh and said, “I vehemently deny that the complaint was lodged by me, and that the FIR was registered by the police in an attempt to pressurise the petitioner (Mr Singh) to withdraw the letter written by him to the chief minister.”