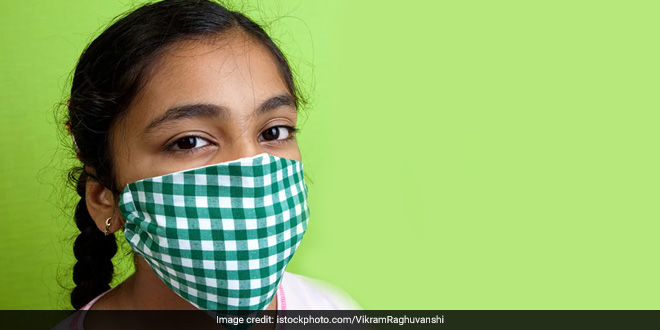 New Delhi: The government aims to ramp up India’s daily testing capacity for COVID-19 to 45 lakh by end of June from the current capacity of 16-20 lakh per day, the Centre said on Thursday (May 20) as a record 20.55 lakh tests were conducted in a span of 24 hours. On augmenting testing for COVID-19 while ICMR has so far approved a home-based rapid antigen testing (RAT) kit manufactured by Mylab Discovery Solutions Ltd, Pune, ICMR Director General Balram Bhargava said kits by three more companies are in pipeline and likely to get the approval within a week.

Mr Bhargava said kits for home testing will be available in market in 3-4 days.

Besides, Mr Bhargava said for ramping up capacity the ICMR has validated more than 105 Rapid Antigen Tests companies and approved 41 of them.

We are doing 16-20 lakh tests this week and we have a capacity of about 20 lakh tests by end of the month and upto the end of next month we can have the capacity of upto 45 lakh because ICMR has validated more than 105 RAT companies and approved 41 of them and 31 of them are indigenous, he said.

He further said all the states have placed the order and they are rapidly enhancing their testing capacity.

For home testing, you buy test kit from chemist shop then download mobile app, register and read user manual and then you conduct the test yourself and click mobile image and upload mobile phone gives test result. This ensures patient confidentiality, the data stored in secure server and linked with ICMR database, he said.

“In the second wave, we have to increase the RAT testing, we have written to all chief secretaries and they have acted upon it. Multiple 24X7 RAT booths to be set up in cities, towns and villages.”

RATS to be allowed at all government and private healthcare facilities (no accreditation required). RAT booths to be set up with the community in schools, colleges, community centres, RWA offices etc. All RTPCR and RAT test results should be uploaded on ICMR portal, he said.

“We have encouraged testing at all primary health centres and sub centres which are 1,87,601 so testing. Those testing positive can be isolated immediately and those testing negative and are still symptomatic their samples need to be sent for RT-PCR testing so that will have to go to a facility. But if the positivity rate is high then RAT will be able to isolate them very fast,” he said.

Mr Bhargava said there are 2,553 government and private COVID testing laboratories established across the country over the last 16 months.

Citing a study, he said that 50 per cent people do not wear a mask.

Of the 50 per cent wearing a mask, 64 per cent cover their mouth but not nose, 20 per cent have it on chin and 2 per cent mask on neck, he said, adding that 2,000 people were surveyed across 25 cities for the study.

Health Ministry Joint Secretary Lav Agarwal said a continuous decline in the COVID-19 active cases has been noted in the last 15 days.

From being 17.13 per cent reported on May 3, the active cases now comprise 12.1 per cent of the country’s total infections. A positive trend in recovery has also been noted. The recovery rate which was 81.7 per cent on May 3 has increased to 86.7 now, he said.

Mr Agarwal said the number of districts with a week-on-week increase in weekly tests and decline in positivity considered for the week has increased from 210 to 303 districts.

Maharashtra, Rajasthan, Uttar Pradesh, Haryana, Gujarat, Chhattisgarh, Bihar, Madhya Pradesh, Delhi and Jharkhand are 10 states where a decline in cases and decline in positivity in the last 3 weeks have been observed, he added.

Also Read: Both Pfizer, Moderna Vaccines Effective On B.1.617 COVID-19 Strain: US Study