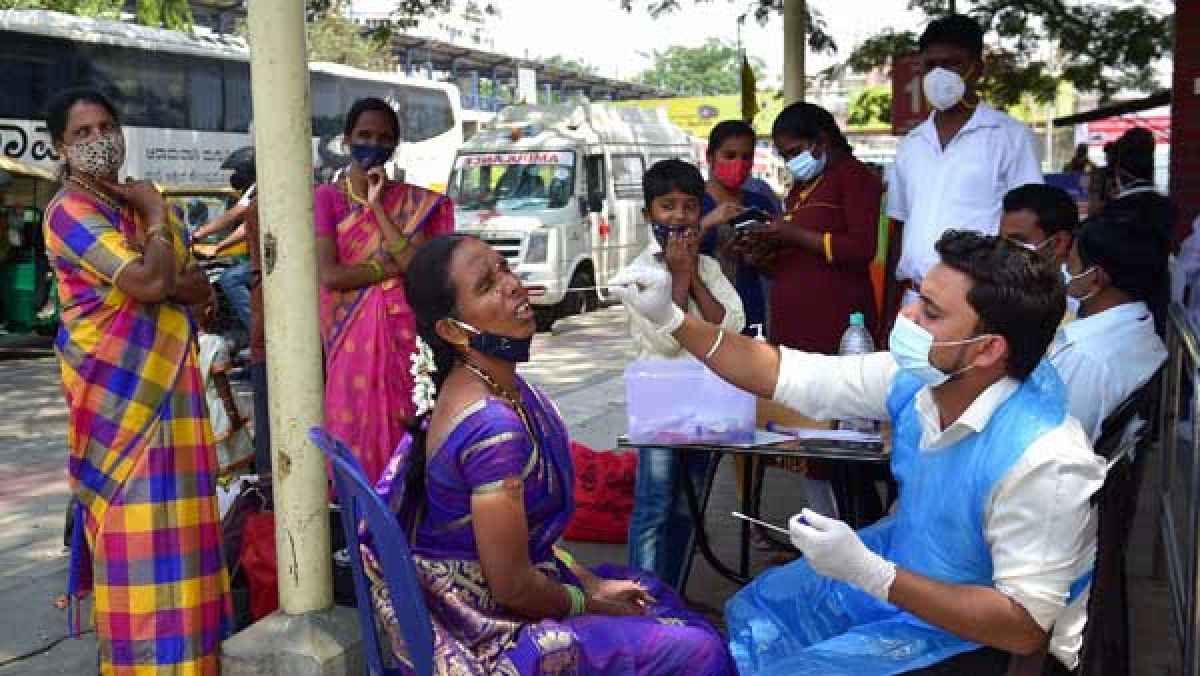 Bengaluru, May 19: Karnataka may be inviting another wave of COVID-19 in the state by reducing the number of tests from 1.9 lakh daily a month ago to over 93,000 now, warned a member of the state COVID-19 Technical Advisory Committee (TAC).

Batting for extensive COVID-19 tests, Dr Giridhara R Babu, a TAC member and Professor of Epidemiology at the Public Health Foundation of India, said those who have not been tested yet could be spreading the infections further.

‘In a way we are inviting third wave because people are spreading the infection and that will continue to fast transmit and then it will result in more people getting infected and we cannot solve this problem.

The only solution right now is to test extensively,’ Babu told PTI.

To a question whether reducing tests was a cost-cutting measure of the government, Babu said lives lost cannot be compared to the test kit price.

‘How do you cut cost? I am told that there is Rs 30 per kit, which is least in terms of price now.

When the test kits are so economical why they (government) have not scaled up buying? This is the best time buy the kits,’ the epidemiologist said.

He expressed concern over the reduction in the number tests in Bengaluru from six lakh a week to two lakh a week now.

‘This is not a nice thing. It doesn’t help, according to me.

Every test denied is a denied opportunity for entire life of a person, especially for the vulnerable. If the government doesn’t test, vulnerable may not test positive.

Therefore they may not get treatment and that person may lose his life,’ Babu said.

Babu and another TAC member Dr C N Manjunath, who is the director of Jayadeva Institute of Cardiovascular Sciences and Research, said a door-to-door survey and extensive use of Rapid Antigen Tests could offer a solution in early detection of infections.

‘Now the Rapid Antigen Tests have also been pushed into the testing protocols.

Because, when the testing rate is very high, Rapid Antigen Tests are very handy, which can test in three to five minutes’, Dr Manjunath said.

The suggestions of door-to-door survey came a day after Prime Minister Narendra Modi asked the district collectors and deputy commissioners of the districts with high prevalence of COVID to go for aggressive testing.

Karnataka on Tuesday reported its highest ever single day recovery with 58,395 discharges, outnumbering fresh cases which is at 30,309.

The number of new COVID-related deaths on Monday was 476.