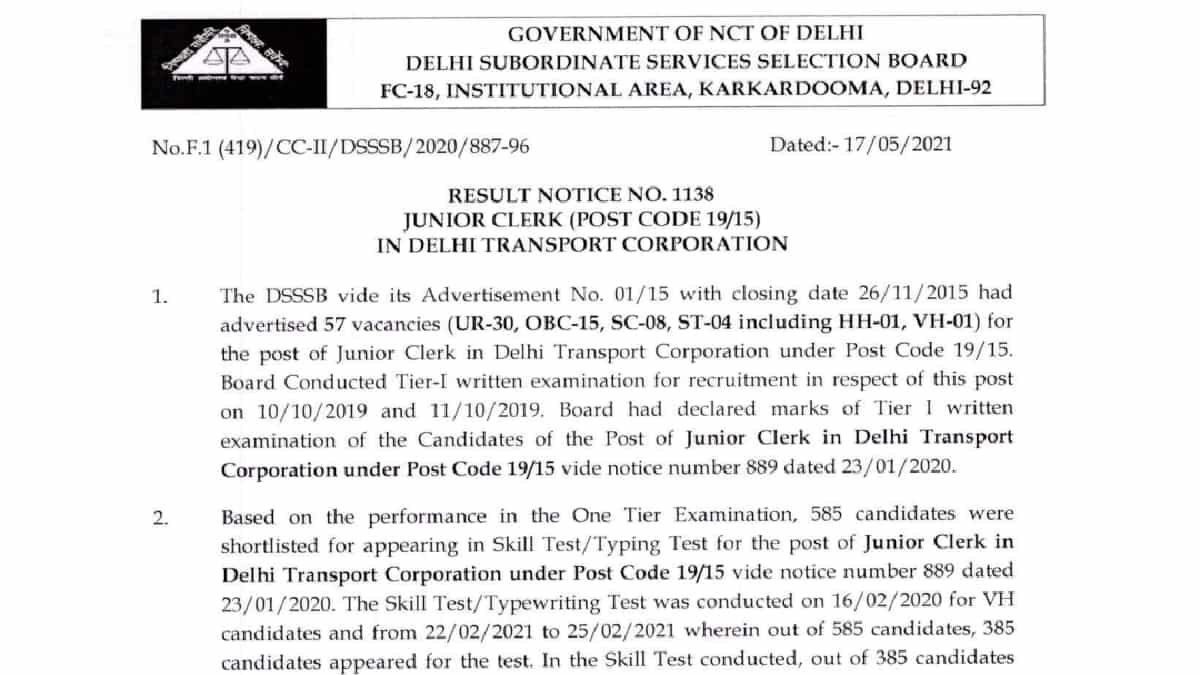 Delhi Subordinate Services Selection Board or DSSSB has declared the final result for Junior Clerk (DTC) for post code 19/15, on its official website dsssb.delhi.gov.in. The candidates who appeared in Junior Clerk skill test and submitted their documents/certificates for verification can check the final result or merit list for the post of Jr. Clerk (DTC) at the official site –  dsssb.delhi.gov.in.

On the basis of written test, skill test and document verification for the post of Junior Clerk a total 49 candidates whose roll numbers given in the merit list are provisionally nominated as per their merit. Here below is the direct link to check merit list-

Earlier, 585 candidates were shortlisted for appearing in Skill Test, Typing Test for the post of Junior Clerk in Delhi Transport Department under post code 19/15. The skill test was held on 16, 22, 23  24 and 25 Feb 2021 wherein out of 585 candidates, 385 candidates appeared for the test. In the skill test conducted out if 385 only 346 candidates could qualify. The result was declared on 22 March 2021.