Aishwarya Lekshmi, the breakout star Tamil cinema has been waiting for 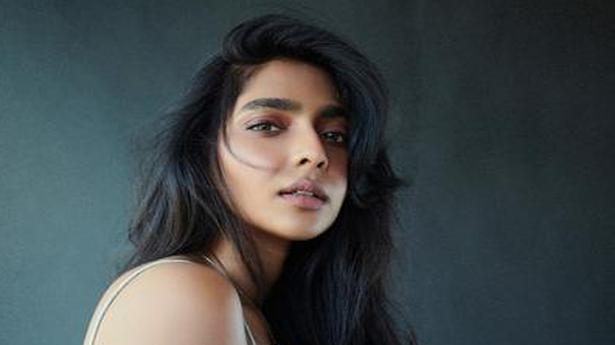 The actor talks about her upcoming Tamil projects ‘Jagame Thandhiram’ and ‘Ponniyin Selvan,’ why ‘Mayanadhi’ still holds pride of place in her heart, and more

A post on Aishwarya Lekshmi’s Instagram sees her holding a poster in a charming curio store, with the caption, “Portkey.. I need a Portkey! Somebody, anybody… now would be great!”

“That’s the state of my mind during all these lockdowns. Having a Portkey right now would be so great, no?” she sighs. (For non-Harry Potter fans, a Portkey is a magical object bewitched to instantly transport anyone touching it to other locations)

“But I’m actually a much calmer person now. Earlier, I used to be really jumpy and super impatient. I’ve spent almost a year with my parents and dog at home during the pandemic; that’s not happened since I was a student. I’m happier now and more at peace with what’s happening,” Aishwarya smiles, as we begin to talk about her next release, the Karthik Subbaraj-directorial Jagame Thandhiram, that is slated to premiere June 18 on Netflix.

The doctor-turned-actor has emerged as a breakout star since her debut in the Malayalam film Njandukalude Nattil Oridavela (2017). She followed that up with lead roles alongside the likes of Fahadh Faasil and Tovino Thomas in Varathan and Mayanadhi respectively; the latter which catapulted her to fame and established her as a true-blue talent to look out for.

Since then, Aishwarya has also landed Ponniyin Selvan as part of her impressive repertoire of upcoming projects, though she’s just over three years old in the industry.

Talking to us from Kerala, the actor talks about entering the Tamil film industry, learning more and more about filmmaking with every passing shoot, and how her bucket list came full circle after interacting with Mani Ratnam. Excerpts from an interview:

How did you get to be a part of Jagame Thandhiram?

Even though I only played a minimal role in my Tamil debut Action (that also starred Vishal and Tamannaah), it gave me the confidence that language wasn’t a barrier, and that I could act in other industries.

So I auditioned for Jagame… and then was told the project had been put on hold, as Karthik (Subbaraj) had taken up Petta with Rajinikanth sir. I thought they were just letting me down easy, and had chosen someone else. I moved on, and changed my phone number without informing them. After a year, they resumed Jagame… and spent two weeks trying to reach me! Thankfully, it worked out.

What can you tell us about the film, and its upcoming release on Netflix?

The crew was absolutely brilliant; that made the entire experience so enjoyable. They are a really young bunch, but so disciplined and focused. It was also my first time visiting London, and I was like, yes, now I’ve really made it as a movie star.

I can’t reveal too much about the film, except that it’s a gangster drama, as you already know from the trailer. I don’t have any action scenes as such, but I did have to do a lot of running… but I had coaching on how to run on camera from one of my previous projects. (laughs)

Dhanush and I didn’t interact too much, but my favourite memory of him is when we all went to watch Asuran at a theatre in Canterbury. It was this really classy place, and there we all were, cheering and clapping loudly, giving it a whole FDFS-vibe. When Manju (Warrier) chechi came on screen, I hooted loudly and Dhanush was like, “Oh you’ll shout for her entrance, but not for me no?” I had so much fun that day.

You’re also part of period epic Ponniyin Selvan; how has it been working with someone like Mani Ratnam?

It’s been just magical. I spent around a month and half on the sets of Ponniyin.. in 2019, and we were shooting in Krabi early 2020, when the first lockdown happened.

When Mani sir called me for the first meeting, I started reading the books beforehand to prepare. I’m proud to say that now I’m finally at the fifth and last part! I didn’t really have to train too much for the film, except lose some weight that I’d put on for Jagame… It was a hectic two months, and I took up swimming and Bharatanatyam and all, but I loved it.

During the shoot, if I wasn’t able to do what he expected, he would understand and not push too hard. That really helped me as an actor, because if a scene goes for multiple takes, I get very robotic and can’t function properly. He recognised that and knew exactly how to get the best out of me with just a couple of tweaks.

We did a bit of filming this year as well, but then the second wave happened and it’s on hold. For me, working with Mani sir is right on top of the bucket list; I could stop acting after this and be happy forever. Not in my wildest dreams did I imagine that this would happen.

You may be in bigger projects now, but your 2017 film Mayanadhi — directed by Aashiq Abu — will forever remain a modern classic that holds cult status even today. Why do you think the romance resonated with viewers so much?

Mayanadhi was really all about the writing. The thing is, it showed the two protagonists being in love, as opposed to most other films that show a couple falling in love, or what happens before the romance begins per se. A major chunk of the film is just about them living their everyday lives with each other; isn’t that what we all go through as well?

The conversations between our characters were also so intimate. I don’t know if this is appropriate to state, but I remember people messaging and telling me that they made love to their partners after watching Mayanadhi. I think it’s beautiful that it invoked such strong emotion in viewers.

Even the making process was really special. Some strange things happened on set, like a sudden downpour right in the middle of dry season when we were filming a song; I kept asking Syam Pushkaran if the story was about two lovers who died or something. (laughs) 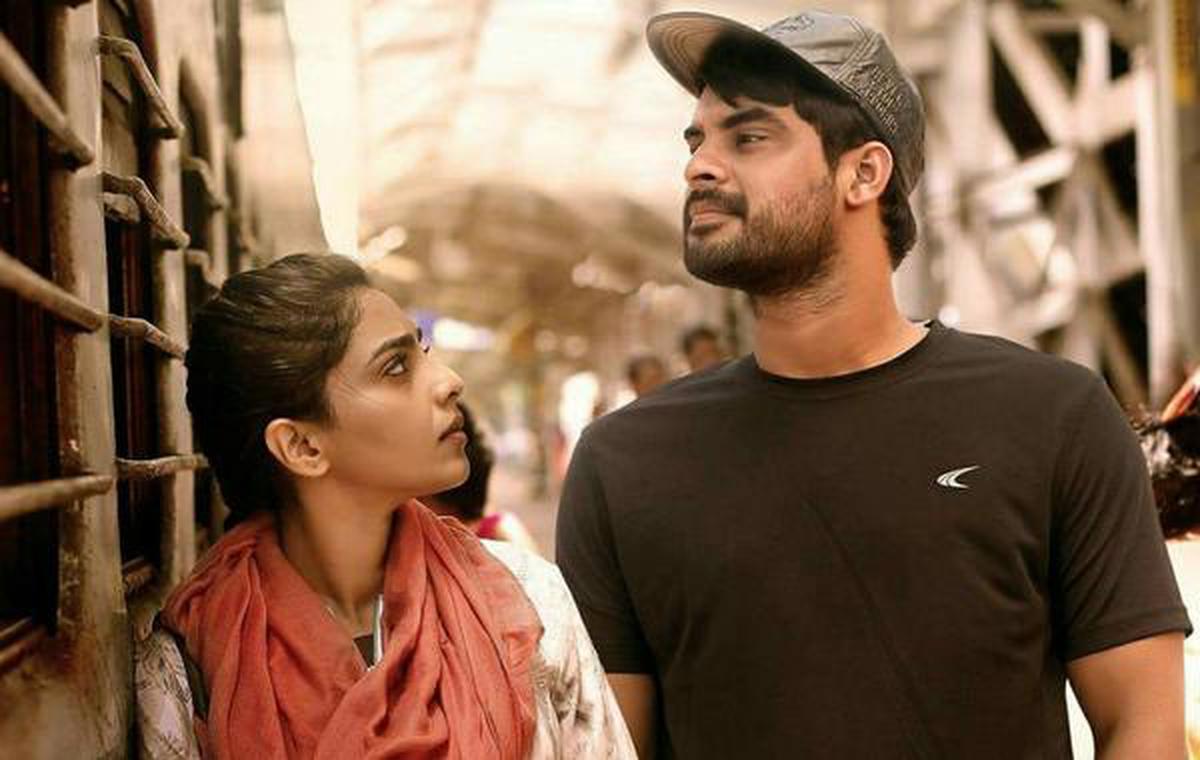 We never went past one or two takes, and the director just let Tovino and I be… and shot us in a really organic manner. I also think the casting came across as real fresh; Tovino was already pretty famous, but I was still new, and our pairing really came across as relatable to the audience.

Mayanadhi also gave me the validation that I could actually act for a living. When I went to watch the film in the theatre, I started bawling when the national anthem started playing itself… and by the end of the film, all my friends were crying along with me! They were so stunned on seeing me act like that.

You know, the film was supposed to be remade in Hindi, but it got dropped for some reason. I don’t think that magic can ever be recreated again.

What can you tell us about your other upcoming projects? You’ve been keeping busy…

The lockdown has made me braver. I’ve realised I shouldn’t just concentrate on Malayalam or lead heroine roles, but look into other options.

Next, I have the Telugu film Godse (opposite Satyadev Kancharana) and then my Malayalam period film Kumari, which is based on a myth from Kerala folklore. It’s quite a big-budget project involving a lot of prosthetic make-up from a fantastic team. It’s directed by Nirmal Sahadev whose earlier flick Ranam I’m a big fan of, and the idea is that he’s going to present this story set in Kerala from an outsider’s perspective. I’m really excited about it.

Finally, as a new gen star, how do you handle the vicissitudes of social media in today’s times?

I’m actually terrible at aesthetically preparing and posting something. I need a full team to help me out, and even then I upload the wrong picture and everyone is mad at me. I don’t get social media at all. 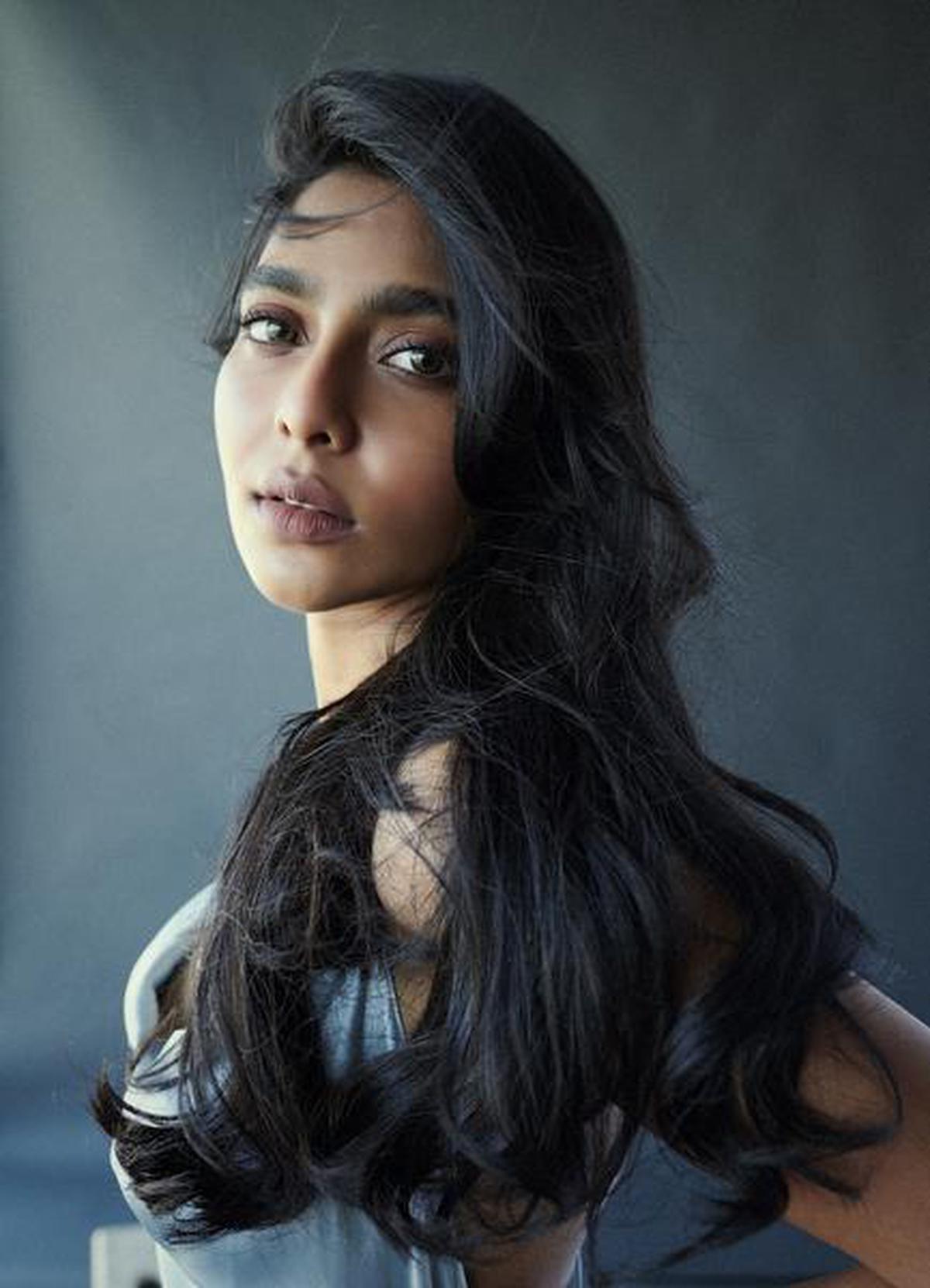 Having said that, I also know it’s an important requirement these days for an actor today. There are even banners that check how many followers we have before casting us, so I don’t want to be missing out on roles.

I’ve also understood that the image of oneself actors present during interviews or on social media is pivotal to landing films. I was appearing very urban and vocal earlier, and none of the rural stories were coming to me. So I was like, alright, I’ll do a shoot of myself in a village avatar — and it helped! All said and done, I’m quite careful on social media with what I talk about, as it’s not a terribly friendly place.