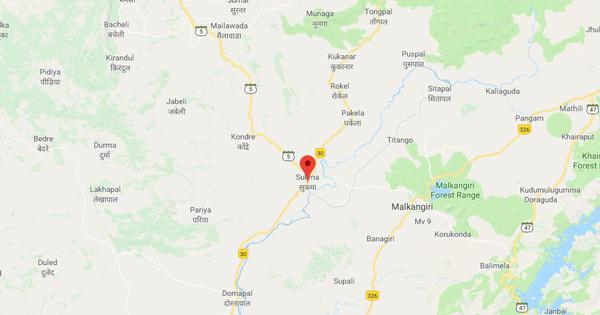 Three Adivasi protestors reportedly died in police firing in Chhattisgarh’s Sukma district on Monday. They had been protesting against the setting up of a police camp in a jungle.

Video footage of the incident, shared by journalist Ashutosh Bhardwaj on Twitter, showed protestors running away as the police fired gunshots in broad daylight.

One protestor denied the police’s allegation that Maoists were present at the site and they opened fire first. “They [the police] only opened fire,” he added.

Inspector General Sunderaj P claimed that the villagers had been staging protests at Silger under pressure from Maoists, the Hindustan Times reported.

“On Sunday night, they [the protestors] returned to their villages but on Monday afternoon some people, including some Maoists of Jagargonda Area Committee of Maoists, reached the camp and started firing,” the police officer was quoted as saying by the newspaper. “When the camp was attacked, the security personnel retaliated and the exchange of fire continued.”

Unidentified officials told the Hindustan Times that they were yet to ascertain if those killed in the firing were civilians or Maoists.

The site where the firing took place is located 10 km from the spot where 22 security personnel were killed in an encounter with Maoists in April, NDTV reported.