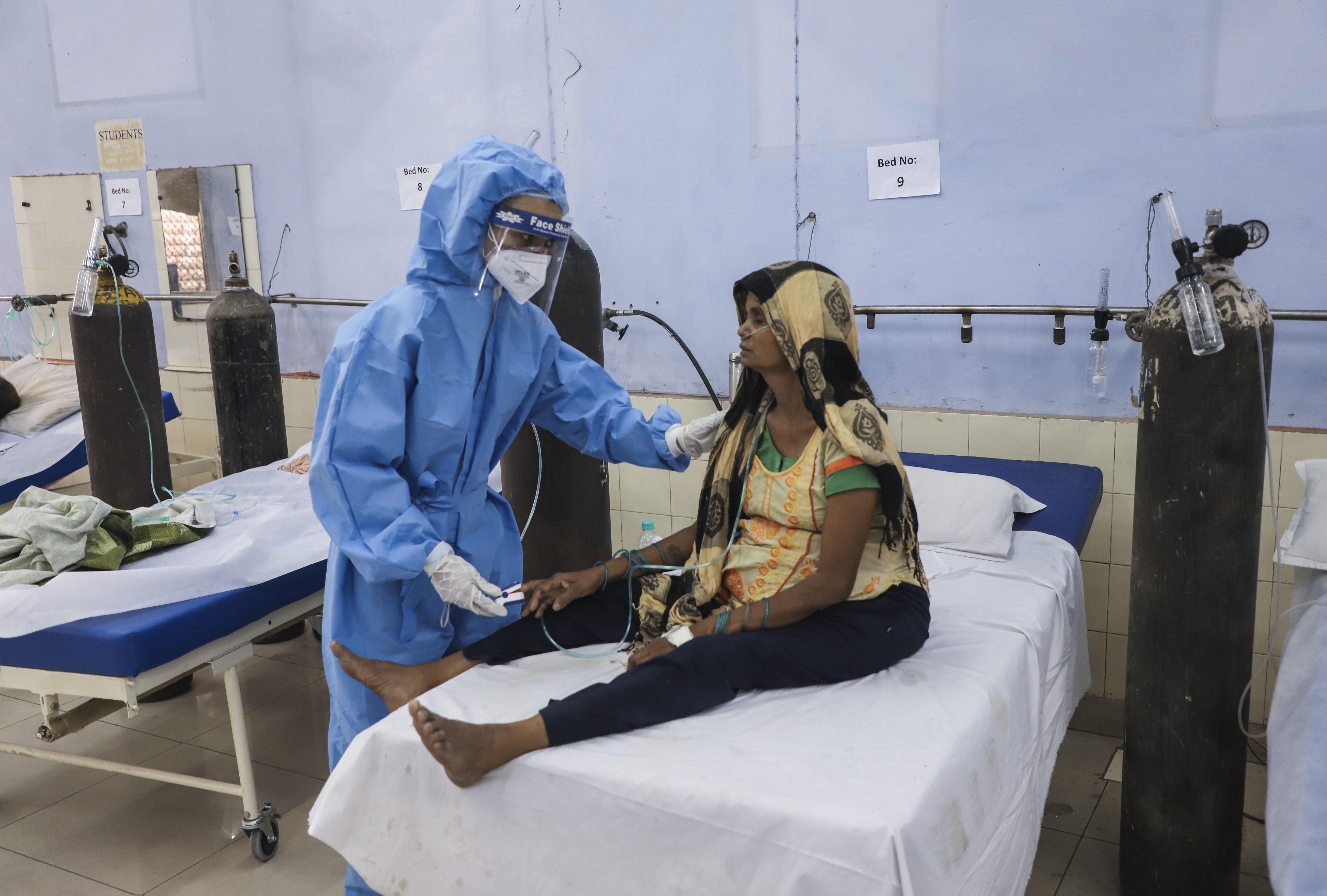 NEW DELHI (AP) — India’s total virus cases since the pandemic began swept past 25 million on Tuesday as the country registered more than 260,000 new cases and a record 4,329 fatalities in the past 24 hours.

The numbers continue a trend of falling cases after infections dipped below 300,000 for the first time in weeks on Monday. Active cases in the country also decreased by more than 165,000 on Tuesday — the biggest dip in weeks.

But deaths have continued to rise and hospitals are still swamped by patients.

India has recorded nearly 280,000 virus deaths since the pandemic began. Experts warn that both the number of deaths and total reported cases are likely vast undercounts.

Infections in India have surged since February in a disastrous turn blamed on more contagious variants as well as government decisions to allow massive crowds to gather for religious festivals and political rallies.

In the last month, cases have more than tripled and reported deaths have gone up six times — but testing has only increased by 1.6 times, according to Bhramar Mukherjee, a biostatistician at the University of Michigan tracking India’s battle with the virus. With infections outrunning testing capabilities, there are fears that many cases are going undetected.

Experts also say India has lagged behind in doing the testing needed to track and better understand a worrisome virus variant first detected in the country. On Monday, the Health Ministry said 17 new labs will be brought online to help track variants.

The variant first identified in India has prompted global concern — most notably in Britain, where it has more than doubled in a week, defying a sharp nationwide downward trend in infections.

Meanwhile, ever since India opened up vaccinations to all adults this month, the pace of administering shots has plunged. Many states have said they don’t have enough stock to give out. The southern state of Karnataka, for example, has temporarily halted its drive to inoculate those aged between 18 and 44 at government-run centers due to a shortage of doses.