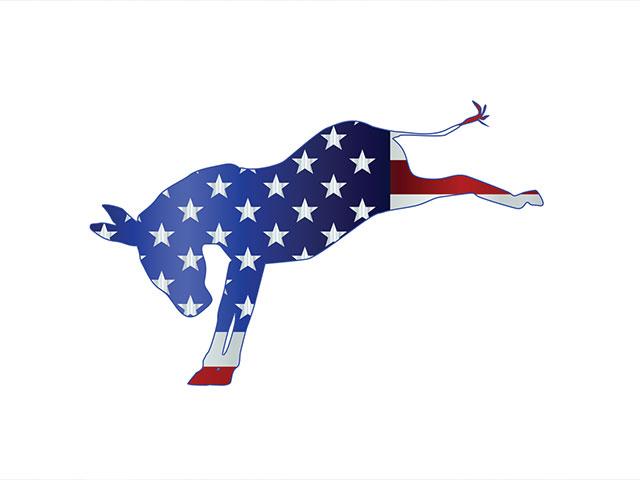 In one of the deadliest days in the fighting, the Israeli military has unleashed a wave of heavy airstrikes on the Gaza Strip. It’s in response to more than 3,100 rockets launched into Israel by Palestinian fighters. At least 10 Israelis have died and as many as 200 Palestinians.

Meanwhile in Washington, Joe Biden is facing a brewing insurrection within his own party over which side the U.S. should favor in the crisis.

The so-called progressive wing of the party wants the White House to take a more hard-line approach to Israel and address what it calls Israel’s apartheid policies toward the Palestinians, even withholding U.S. aid as leverage.

U.S. Congresswoman Rashida Tlaib (D-MI), who was born to Palestinian immigrants, said from the House floor, “As long as the message from Washington is that our military support for Israel is unconditional, Netanyahu’s extremism, right-wing government will continue to expand settlements, continue to demolish homes and continue to make the prospects for peace impossible.”

More than two-dozen House Democrats sent a letter to Secretary of State Antony Blinken calling for diplomatic pressure to prevent the displacement of Palestinians from East Jerusalem. And Sen. Bernie Sanders wrote in the New York Times that “The U.S. Must Stop Being an Apologist for the Netanyahu Government”.

Pelosi told reporters, “I think the president took the appropriate proportionate response to it all. The fact is, is that we have a very close relationship with Israel. And Israel’s security is a national security issue for us as our friend, a democratic country in the region.”

Over the weekend, Israel took heavy criticism after an airstrike razed a building in Gaza that housed the offices of the Associated Press.

Netanyahu said he showed evidence to the U.S. that the building housed a Hamas terrorist command center.