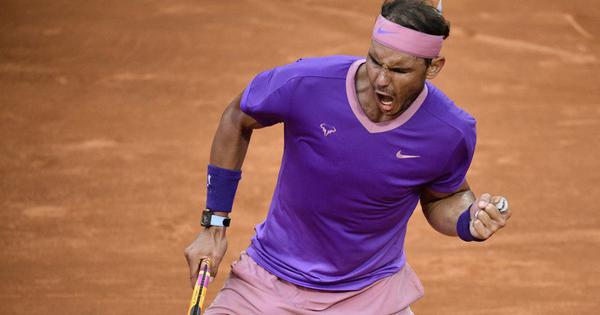 Rafael Nadal beat world number one Novak Djokovic to win a 10th Italian Open title on Sunday and set down a key marker two weeks out from the defence of his Roland Garros crown.

Second seed Nadal won through 7-5, 1-6, 6-3 in 2hr 49min against the defending champion in the 57th career showdown between the pair.

“It’s amazing I have this trophy in my hand for a 10th time, it’s something impossible to imagine,” said Nadal who also equalled Djokovic’s record of 36 ATP Masters 1000 titles in his 12th Rome final.

Djokovic and Nadal were facing each other for the 57th time, having last played in the 2020 French Open final which the Spaniard won in straight sets.

The pair have won 15 of the last 17 Rome titles between them, while Nadal leads their head-to-head in finals in the Italian capital 4-2.