What India had to offer Fashion For Good this year 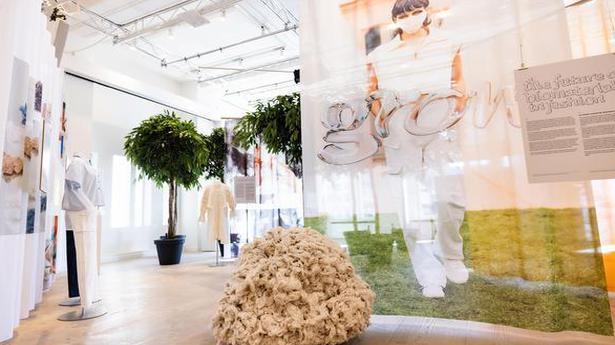 The planet pays a heavy price for the clothes we wear, whether it is a pair of jeans, a brightly-dyed silk scarf, or man-made fabrics.

To this end, Fashion For Good, a social enterprise for fashion and textile innovation based out of Amsterdam, has been working on sustainability in the global fashion industry. Launched in 2017, by The Laudes Foundation, Fashion For Good brings together various brands to usher change into one of the most polluting industries in the world.

“The Laudes Foundation understood that it had to be a collaborative effort as a single brand would not be able to bring about this change within their supply chains on their own — the costs alone would be prohibitive,” says Priyanka Khanna, head of Fashion For Good’s Asia programme.

With their idea of providing a platform where brands could come together in a pre-competitive manner to change the industry, Fashion For Good realised that a lot of technological innovations with the potential to transform the industry, were coming from universities and startups. It also found the need to document and amalgamate the information and knowledge it was generating, so it they amalgamated their body of work into one tangible space.

On Rokin, a street in central Amsterdam, stands a heritage building which has been converted into offices, a sustainable apparel community, and a museum. Spread over three floors, visitors to the museum get to see different sides of the industry with the Fashion For Good experience, which is open for virtual tours at fashionforgood.com.

This is also where fabrics of the future made from fruit skin, mushroom leather and spider silk as well as other eco-friendly products are displayed. “One can see everything here — new materials, dyes, customisation, business models and recycling technologies,” says Priyanka, who believes this is the most exciting section of the museum.

The rest of the building not only provides a co-working space for initiatives within the fashion industry, but also houses technologies brought on board for the innovation programmes.

Every year Fashion For Good holds an exhibition based on different challenges of the industry and innovators who are part of the programme display their work. This year, there were three from India, in a show titled ‘Grow’, focussing on biomaterials. These are their stories:

The biggest grouse against the fashion industry is the sheer volume of effluents generated by dyeing units. Now, Deven Supercriticals has found a way to dye textiles without using water.

While supercritical fluid processing has been in use for the last 20 years, its application in the field of textiles is relatively new. “This process reuses the carbon dioxide which is already present in the atmosphere without any negative effects,” says Baser.

Dye is infused into fabrics as opposed to being ‘coated on’ in traditional methods. This results in an improved quality of textiles with brighter, sharper, and longer lasting colours in uniform shades.

“There is another industry-related application for supercritical fluids,” says Baser. Fibre can be extracted by crushing plastic bottles and while it partially solves the problem of solid waste by recycling bottles, the dyes needed to colour this fabric are again water based.

“However, if you make the fibre, create the fabric, and then use this waterless technology for dyeing, then it becomes end-to-end, green technology,” he says, adding conventional dyes can be used in this process too.

Most people think of hemp (if at all they do) as contraband. “In reality, industrial hemp is an all-rounder,” says Raghavendra Singh, co-founder of Chlorohemp, a startup working to commercialise the industrial hemp value chain in India.

“We aim to do that by developing large-scale integrated hemp processing units in India as we are lagging behind many countries in this area,” he says, adding the cultivation of industrial hemp in India was only permitted from 2018.

Communities in the Himalayan regions already use hemp fibre to make ropes, gunny bags and the like. Fabric made of hemp is anti-bacterial, strong and breathable, making it suitable for both summer and winter. “Ironically, hemp has a long history in India and we are re-discovering it all over again,” he says.

Almost the entire plant can be put to use — hemp seeds can be utilised for oil or edible products and its fibre for textiles and handloom goods. Through a process of decortication (removal of the outer layer) and degumming, fibre is procured and spun into yarn.

Based out of Uttrakhand and Himachal Pradesh, Chlorohemp works with local farmers to extract hemp fibre. “Strands of hemp are longer than cotton or other fibres and need to be processed in specific spinning mills currently not operational in India. Since specialised mills would require a lot of machinery and intensive capital investment, Chlorohemp supplies global standard hemp fibres ready for spinning, to an international market.”

As part of their foray into this field, Chlorohemp is also working on developing an effective research data base on Indian hemp varieties.

Even hard-to-please fairy godmothers would be impressed with what Graviky Labs specialises in — creating ink out of carbon emissions. “Fashion is the second most polluting industry in the world today. We at Graviky Labs turn pollution back into fashion,” says Anirudh Sharma, the founder.

“We capture carbon dioxide from the atmosphere and turn it into useful materials.” Absorbed in a gaseous form through filters, carbon dioxide is then transformed to various materials. The recycling process depends on whether it should be turned into a polymer or an ink.

“Carbon is responsible for heating up the planet and could be a great resource if it is harnessed. That is what Graviky Labs is working towards.”

Called Air-Ink, Anirudh says it is already in use around the world, especially among artists and the printing community. It can also be used to print on fabric. The Graviky Labs team based out of Boston and Delhi, is dabbling with Air-ink in areas of creative expression, art, inks, screen printing, and more. “Hopefully, our collaboration with Pangaia and their brand ambassador Naomi Campbell, will inspire other big companies to look at carbon as a resource.”

Naomi Campbell for Pangaia which uses Air Ink for their products

“Right now, the world around us is filled with objects made in factories. What if factories of the future didn’t use any fresh raw material but rather took out what should not be in the atmosphere and turned it into useful materials? Since you can create polymers and therefore plastic with this technology, you can essentially use carbon dioxide to make many plastic product,” he says.