Woman gives birth in Visakhapatnam while waiting for Covid-19 test 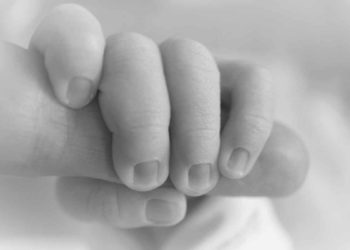 Woman gives birth to a baby girl while waiting for her turn to get the Covid-19 test at a Primary Health Centre in Visakhapatnam. While posts and rumours circulated in various corners of ill-treatment and serenity, today the Deputy Chief Minister slammed such reports and confirmed that the pregnant woman was attended to diligently.

According to the reports, a pregnant woman Chintada Lakshmi came to the hospital for a Covid-19 test at the RHC Simhachalam Primary Health Center. Lakshmi, who suffered labour pains while sitting at the premises of the primary health centre, gave birth to a baby girl. With a timely response by the Medical officers and staff who witnessed the incident, they rushed Lakshmi to RHC Simhachalam Primary Health Center and helped her to get a comfortable delivery.

Chintada Lakshmi who is a native of Visakhapatnam lives in the Convent Junction area, working as a labourer.

Responding to the rumours spread in social media, RHC Simhachalam Deputy Civil Surgeon Dr Madhavi clarified that the news about pregnant woman gave birth on the road in Visakhapatnam due to negligence of doctors was completely false. The medical team immediately responded and gave her timely treatment and she was attended to.