Prema Hariharan was as graceful as her music 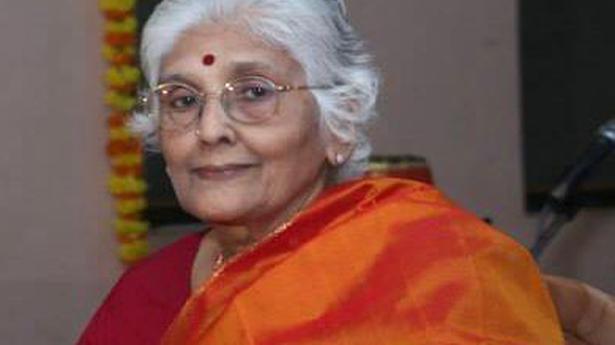 On a December afternoon in 1994, I attended a concert at Narada Gana Sabha in Chennai. As I walked past the mini hall, I could hear a strong voice aligned clearly to the tara sthayi shadjam. I entered the hall and sat on a chair in the first few rows. And for the next two hours, I was soaked in pure classical music — unhurried, authentic and divine. I saw my guru for the first time that day.

She was wearing a beautiful magenta silk sari and her face appeared calm. That minute I decided that I should become her disciple. When my parents approached her, she readily agreed to train me. Thus started a three decade long musical journey with my guru Prema Hariharan, one of the finest Carnatic musicians of her time.

Guru Prema hailed from a family of music connoisseurs. Her first guru was Akhila Natesan and she would often proudly show the note books in which “Akhila teacher” had written down compositions. Subsequently, she learnt from stalwarts like Pattamadai Sundaram, Trivandrum R.S. Mani, Maharajapuram Santhanam (she was his first disciple), and Thanjavur S. Kalyanaraman.

Prema Hariharan cherished her lifelong friendship with the excellent musician and musicologist Sulochana Pattabhiraman, who was like a mentor to her.

My guru strictly adhered to patantharam. She would patiently explain the meaning of a kriti before teaching. She was very particular about the correct pronunciation of words and not compromising with the bhava of a kriti. When teaching a song, she would often narrate incidents from the lives of the composer, which would make the students understand the context clearly. She would point out the usage of swaras typical to that raga that could convey the bhava best. She stressed on the importance of the correct splitting of words in the song to avoid ‘padachedam’. While handling ragas, she would speak also about the allied ragas. The many opportunities I had to offer vocal support to her have enriched my musical journey.

Guru Prema’s home was open for all her students. We could walk into her kitchen freely and get something to eat. She treated us like she would her children. In her, we found both a guru and mother.

Adhering to tradition but yet gracefully moving with the times and embracing technology with ease, Prema Hariharan will always be remembered for her grace and pure music.

The writer is a Bengaluru-based Carnatic musician.