India Moves to Vaccinate All Citizens by Year-End, 216 Crore Doses To Be Available From August To December 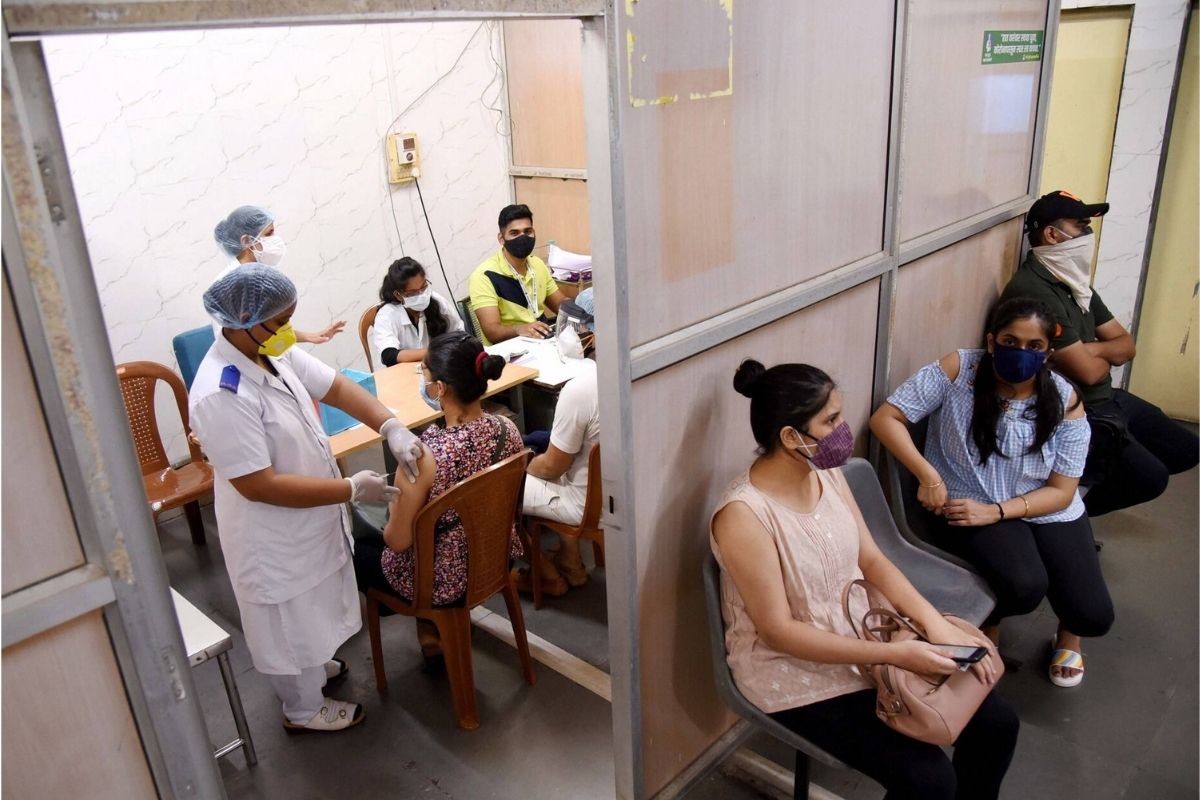 India will have enough doses to inoculate all citizens by December, the head of the national task force on Covid-19 vaccines said on Thursday, dangling the prospect of a final victory against a virus that is now devastating homes and families across the country.

Between August and December, Niti Aayog member Dr Vinod Kumar Paul said, 216 crore vaccine doses would become available, which means that there would be surplus doses after every Indian is vaccinated.

“Overall, 216 crore doses of vaccines will be manufactured in India between August and December, for India and for Indians. There should be no doubt that vaccines will be available for all as we move forward,” he said at a press briefing.

Paul mentioned eight vaccines — a significant increase from the two currently in use — and the number of doses for each that are likely to be available in the country of 130 crore people in the five-month period ending December.

Successful implementation of the plan would help India defeat the pandemic at the dawn of a new year, and also spark hopes of normalcy in the country battered by a brutal second wave of Covid-19. India’s infection count has soared to grim records and the health care system is reeling from high disease burden with reports of deaths due to non-availability of medical oxygen coming in from several states.

In January, India began vaccinating its citizens with Bharat Biotech’s Covaxin and Oxford-AstraZeneca’s Covishield. Last month, Russia’s Sputnik V, the world’s first vaccine registered against the coronavirus disease (Covid-19), was recommended for emergency use in India.

Paul said Gamaleya’s Sputnik V vaccine had already “arrived in India”. “I’m happy to say that we’re hopeful that it’ll be available in the market next week. We’re hopeful that the sale of the limited supply that has come from there (Russia), will begin next week,” he said.

The list mentioned by Paul did not include the vaccines by Pfizer-BioNTech, Johnson and Johnson, Moderna and China’s Sinopharm. In April, the government approved recommendations for emergency use of Covid-19 vaccines already cleared by regulators in the US, Europe, Japan and the UK, or those mentioned in the World Health Organization (WHO)’s emergency listing. The four vaccines mentioned above could make the cut through this route.

Paul said the department of biotechnology, the foreign ministry and other concerned departments “have been in touch with Pfizer, Moderna, Johnson & Johnson from the beginning”.

“They were officially asked if they would like to send doses to India or manufacture in India; we would find partners and assist,” Paul was quoted as saying by news agency ANI.

On increasing production of Covaxin, Paul said Bharat Biotech had already welcomed the move aimed at ramping up production of doses by involving other players. “They also reached out and under this initiative, our PSUs have been connected to this process,” he said. Last month, the Department of Biotechnology (DBT), under Mission Covid Suraksha, spelt out a plan to ramp up production of Covaxin and double it by May-June by roping in three public sector companies (PSUs).

India’s inoculation programme began on January 16 for health care workers; it was gradually expanded to accommodate front line workers, and then the population above 60 years and those above 45 years with underlying health conditions. From April, the comorbidity clause was removed, making all above 45 eligible for the shot. On May 1, India became one of the few countries to open its vaccination drive to all adults. Vaccinations for children are yet to begin in the country. According to the 2011 census data, 35% of India’s population is in the age group of 0-14 years and another 10% between 15 and 19 years.

Nonetheless, the central government and the ruling Bharatiya Janata Party (BJP) are facing criticism by political rivals and the states they rule over the vaccination campaign. Critics say the Centre failed to plan properly with several states complaining of a crippling shortage of doses that they say has stalled the drive in many centres, especially in the wake of the government’s decision to include the 18-44 age group in the vaccination net from May 1.