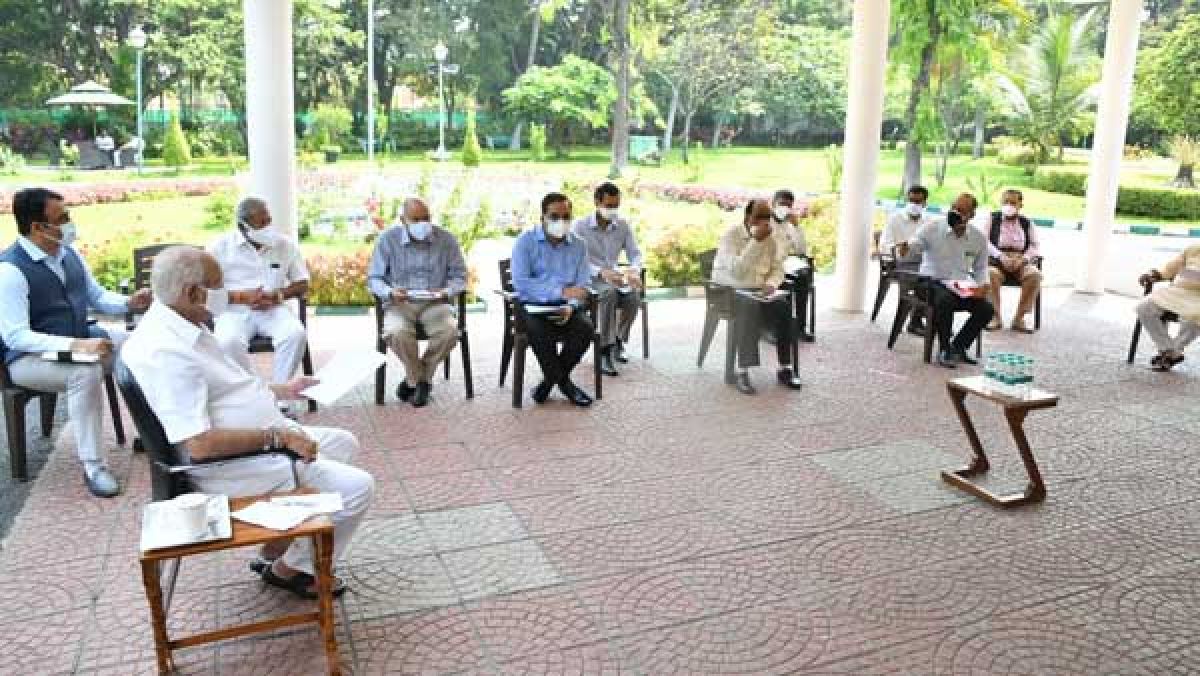 Bengaluru, May 11: Karnataka Chief Minister, B S Yediyurappa said the government has to prepare for a third wave of COVID-19.

During a meeting with ministers and officials he said that a task force should be constituted to plan for the third wave. He also said that patients in emergency should be provided with beds and remdesivir.

Yediyurappa also directed officials to monitor the beds in private hospitals and also added that at private medical colleges, steps should be taken urgently to set up oxygen generator plants in a phased manner.

Lockdown-like restrictions in Karnataka kick in; Policemen wielding lathis on violators in Bengaluru

Home Minister Basavaraj Bommai told reporters that only those citizens who have received a text message confirming their slot for vaccination will be allowed to travel to the centre for vaccination.

He said that vaccination for those in the age group of 18-44 has started in 2,000 centres and only those with SMS will be allowed. Crowding outside vaccination centres by people who do not have SMS will not be allowed, he also said.

He also said that he had directed the police to refrain from using lathis. He said that they had been asked to use other stringent measures under the law. The police were asked to be strict on day one of the lockdown so as to deter people from stepping out. The intention is not to harass or harm anyone, he also said, while urging the people to stay at home and cooperate.