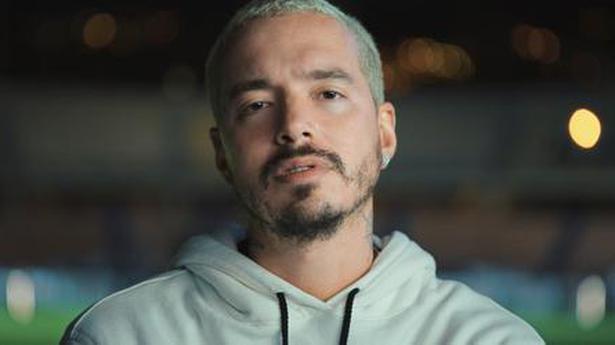 It started off as a concert film and grew into something else. The Boy from Medellín, about J Balvin’s preparation for his 2019 homecoming concert grew into a introspection on social media, art and activism and mental health.

Speaking over video call, director Matthew Heineman says, “The film was supposed to be a lead-up to the biggest show of his (Balvin’s) life in Medellín. Little did we know that when we landed in Medellín, the country was going through massive protests. The film became a meditation on the role of an artist and his role in society. That is what happens with documentaries. I believe if you end up with the story you started with, then you weren’t listening along the way.”

Heineman met Balvin after a show in Madison Square Garden. “The minute I met him, I knew that he would be an interesting subject to follow. I like to make intimate, character-driven films.”

The award-winning director was pleasantly surprised at how open the reggaeton singer was. “He was struggling with anxiety and depression. We spoke a lot about mental health. It is something that I’ve dealt with and so I think that is one of the reasons we connected. I have a huge amount of admiration for Jose (Balvin’s given name) using his platform to de-stigmatize mental health.

Having made his feature film debut with A Private War, Heineman admits the scale of the documentary was large. “I had never shot a 50,000 person concert before with 12 cameras. It was a new and fun experience for me.”

‘Mental illness is also a pandemic’

While most of us might know Medellín from Pablo Escobar and Narcos, Heineman wanted to highlight Balvin’s efforts to change that view. “Medellín is where Jose grew up. It made him who he is. He spent a lot of his time trying to change the perception of Medellín. Bringing the city alive, the colours, the energy was hugely important to me.”

Shooting the film made Heineman aware of the weight of celebrity. “I have no interest in being famous. I am happy being behind the camera. I think the goal of all my films, whether it is following cocaine in Mexico (Cartel Land), or a group of activists fighting ISIS in Syria (City of Ghosts), or female journalists (A Private War), is to allow audiences to get transported into another world.

The role of social media is a major theme in the film. It is a double-edged sword for Balvin—a way to connect with his fans as well as leave him vulnerable to attack from trolls. “These themes came up during the course of the film. The dichotomy between the public face of J Balvin and Jose is not only a source of conflict within himself but also publicly. He is Jose, but he has to project J Balvin often when he is performing in public. Exploring that dichotomy became a big part of the film.”

The pandemic has taught us to look inwards, Heineman says. “That is a lot of what the film is about. Yes, Jose is an extremely famous person, but he is also a human being. I think my goal was to help people relate to that human being.”

The Boy from Medellín is currently streaming on Amazon Prime Video