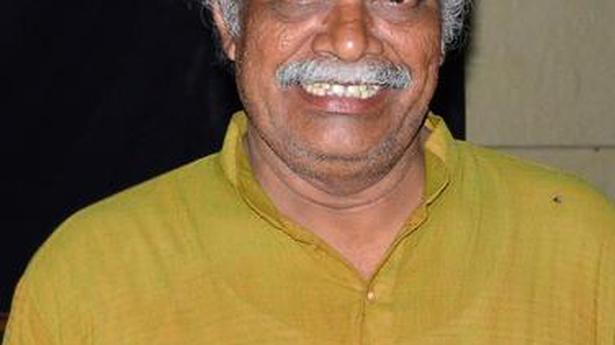 The Kuchipudi village in Krishna district, where the Indian classical dance of the same name flourishes, has lost its ambassador, with the demise of the multi-faceted Pasumarthy Keshav Prasad (August 1952 – 2021). The doyen of Kuchipudi dance, he passed away on May 7 here.

In April, he suffered a heart stroke while curating a classical dance festival here but survived. However, he lost the battle this time against COVID-19.

Sangeet Natak Academy Awardee Vedantam Radheshyam puts it, “Mr. Keshav (as fondly called by the Kuchipudi Gurus) ran the ABKNKM on the lines of what our yesteryear gurus had dreamt of. It was he who brought the dancers from every other classical dance forms to our village under the aegis of the ABKNKM. He was the ambassador between the Kuchipudi dance and village to the rest of the world of dance. We could not trace someone who could replace him.”

Born in the family of Pasumarthy Subramanya Sastri, renowned Yakshagan expert, Mr. Keshav Prasad had spent most of his life in Kuchipudi village, where his task was to monitor the rituals of Goddess Balatripura Sundari in the village temple. He had initiated two among his three sons to the Kuchipudi dance – Mr. Mutyam (Dance Guru) and Mr. Hari (Mridangam) – passing the dance tradition to the next generation.

Vempati Venkat, son of Vempati China Satyam told The Hindu, “The demise of Mr. Keshav puts many questions to me; whom should I interact with on Kuchipudi history in his absence? He had replaced my father but I’m orphaned now.”

Keshav Prasad had played an instrumental role in reviving the Guru-Sishya Parampara method of teaching in the Vempati’s house here by a signing pact with Krishna University (KRU) to offer three courses – Certificate, Diploma and P.G. Diploma – from the academic year 2015-16.

Many KRU Vice-Chancellors including V. Venkayya and S. Rama Krishna Rao admitted earlier that Kuchipudi dance became the face of their institution.