At Current Pace, India May Take Over 32 Months to Fully Vaccinate Entire 18+ Population 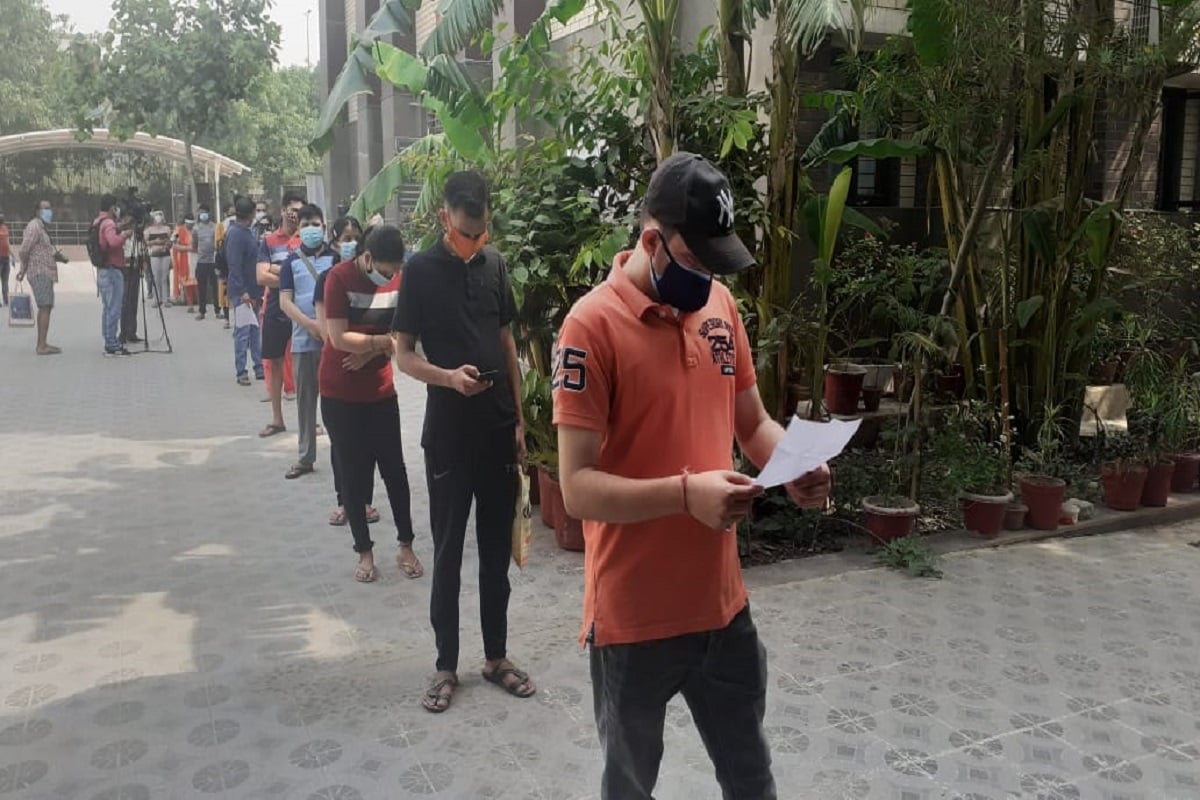 The pace of vaccination in India has come down by almost half of its peak. On 5th April, the country vaccinated over 43 lakh people. Yesterday, on May 6, India could administer only 23.70 lakh vaccine doses, a drop of 45%, and going by the pace of vaccination we achieved in the months just concluded, it may take around 32 months for India’s targeted population above the age of 18 years (or 18+ population) to get fully vaccinated. Let’s see how.

In April, on average, India was vaccinating 30 lakh, people, daily. That has drastically come down to 16 lakh people being vaccinated daily in this month so far, a drop of 44.46%.

This is when we have now over 2.5 times the base of the population to vaccinate. As per Census 2011 projection, we had 34.5 crores, people, vaccinated in the third vaccination phase in the month of April which increased to 94 crores in phase 4 that began on May 1. Even if we deduct the 12.71 crore people either partially or fully vaccinated till April 30, it is still over 81 crore people left to be vaccinated in the days ahead.

The drop is mainly due to vaccine shortage and increased target population base. Now we are staring at a much larger population base to vaccinate themselves with the rapid rise in infections. It is coupled with the delayed arrival of vaccines to meet with the increased pace of the vaccination drive in different states/UTs.

From the data given in the first table, it is evident that with the rise in confirmed active cases daily, states pushed their daily vaccination drive up significantly, consuming their vaccine stock at a faster pace but had to slow it down in later weeks as they did not have enough stock to meet the demand. Maharashtra, the most affected state, can vaccinate 8,00,000 people daily while the state has only 4,84,287 doses left in the vaccine stock.

Central Government so far has given 17.35 crores of vaccine doses to the state government and UTs. And the supply can’t be ramped up in near future. Both, Serum Institute of India and Bharat Biotech, the companies producing vaccines in the country, are currently producing 7 to 8 crore doses a month whereas 20 to 25 crores doses are required to run the vaccination at full capacity and Adar Poonawalla, SII CEO, says we can’t ramp-up our production facility overnight.

Result? Only 12 states and UT of J&K have been to roll-out vaccine drive partially for 18-44+ population and only 11.64 lakh people have been vaccinated so far, an average of 1.94 lakh people daily. And out of these 12 states, Chhattisgarh and Rajasthan yesterday announced to suspend the drive due to vaccine shortage. Tamil Nadu and Kerala are yet to start vaccination for below 45. Worst-hit states battling the second wave have already run out of vaccine supply for 45+-year-olds.

So far, we have able to vaccinate just 17.55% of the 18+ target population base with at least one dose of the vaccine while the share of the population fully vaccinated, at 3.29 crore, is much low, at 3.5%.

If we go with the pace of vaccination achieved in April, when we administered 8.98 crore vaccine doses, it will take approximately nine months to inoculate the entire 18+ population base in India with the first dose of the vaccine.