A trucker’s tale: director Ivan Ayr on his latest, ‘Milestone’ 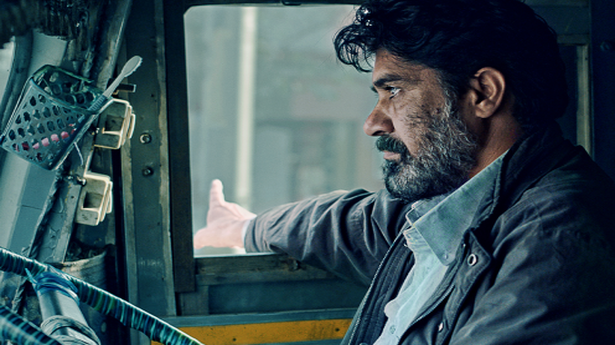 Director Ivan Ayr’s latest, ‘Milestone’, explores the life of a driver from Delhi, a city he closely associates with

Ivan Ayr’s Milestone (Hindi name: Meel Patthar), which is set to release on Netflix, has no background score. It is, therefore, full of sounds you hear on the road, on the kind of industrial-belt pathways the film is set in. The truck engine’s spectrum of sounds, drivers checking up on each other (and on the possibility of police stoppages ahead) in the middle of a hectic evening, the banter overheard at a line hotel — it is authentic in the extreme, which is just one of the movie’s many fine qualities.

Milestone, which premièred in the Orrizonti (Horizons) section of the 77th Venice International Film Festival in 2020, is the story of Ghalib (Suvinder Vicky), a truck driver going through a phase of existential despair. His wife recently died and he’s dealing with a compensation claim from her family. Plus, there’s the prospect of his bad back and advancing years conspiring to replace him with a younger, hungrier man called Pash (Lakshvir Saran). The film, edited and produced by Ayr, is distinguished by its character studies and its scenes of quietly powerful contemplation, where the audience is invited to make up their own minds about a man confronting his obsolescence.

Speaking about the origin of the film’s screenplay, Ayr says, “Some of my extended family was in the trucking business at one point. I’d heard many anecdotes from them, about the trials and tribulations of truck drivers. But since that was a long time ago, I wanted to see how things were like on the ground today, on the outskirts of Delhi, especially Sanjay Gandhi Transport Nagar [a prime commercial locality],” adding that he started scouting for locations in mid-2019.

Intriguingly, the two central characters in the movie are named after legendary poets — Ghalib and Pash. Is this a deliberate contrast between the narrative’s overall bleakness and the flair and flamboyance associated with, say, the verses of Ghalib? Or was it just Ayr’s version of a cinematic red herring? “I like to do visual poetry rather than having explicit poetry in my films,” says the director about his second feature length film, after 2018’s much-acclaimed Soni, based on a young policewoman, also in Delhi, who is working towards addressing crimes against women. “In an earlier draft of the screenplay, I was thinking of making the truck driver an aspiring poet, but I dropped the idea since it wasn’t really being true to the rest of the script. So then it became a question of do I want to retain the names? In the real world, nobody talks about poetry so the names wouldn’t matter at that level. It’s a cynical idea but the names really are there just for people to wonder over.” Another poetic connection comes about through a minor character, a union leader who’s helping labourers negotiate better wages for themselves. This young Bihari union leader is played by Aamir Aziz, the Delhi-based poet whose poem Sab Yaad Rakha Jaayega catapulted him to online fame last year, including a shout-out by Roger Waters (co-founder of the band Pink Floyd), who recited a translated version of the poem at a charity event in London.

Talking about this, Ayr says, “The casting of Aamir Aziz was not planned. When we reached out to him, he hadn’t become as well-known as he is today. We wanted a young guy who could play a union leader from Bihar. He was involved with some theatre groups, one of which put us in touch with him. Back then, we had no idea that his poetry is so powerful!”

The walls of Delhi

Ayr originally wrote the film back when he was in the US. He was imagining the truck driver in a place that’s “like a melting pot”. As such, immigration is a big part of the puzzle that Milestone poses in front of the audience. Nearly all the characters are struggling with literal or metaphorical displacement. He says, “When I adapted the story to Delhi, I didn’t have any problems because the city, for me, is like a melting pot. People from all over the country come here to earn their livelihood, adapting to new cultures, blending in. So you have this neighbour who’s Kashmiri, the wife is from Sikkim, Ghalib himself comes from Punjab. It’s what I have experienced personally and I felt I could use that aspect of Delhi life in this story. ”

Milestone will première on Netflix on May 7.