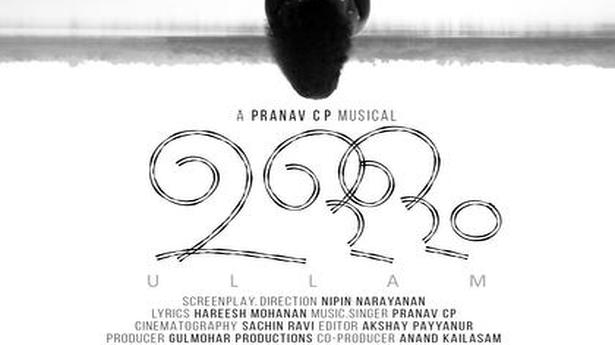 Composed and sung by Pranav CP, the song is about a relationship that gets burnt at the altar of inequality

‘Ullam’, which released on YouTube recently, comes across as a song about lost love. But there is more to the music video as it touches upon the predicament and vulnerability of women in marginalised communities, who continue to be subjected to violence.

The video song shows a man longing for his love. The lyrics indicate that she was dragged away into the woods one night and never returned. He imagines her plight as she struggles to escape. The song blends the tale of Neeli or Kalliyankattu Neeli, a popular character from folklore, who avenges her death as a ghost.

The song is composed and sung by Pranav CP while the lyrics are by Hareesh Mohanan. Nipin Narayanan has directed the video.

“Even today women from marginalised communities, especially Dalits are subjected to several atrocities. Since the subject has been explored in many songs and projects, we wanted to approach it in a new way. That is why we attempted to narrate the plight of the women through a story of lost love. Unfortunately, even now men and women are murdered in the name of caste, class and religion,” says Nipin, a minimal artist who has worked as an assistant director for the upcoming Kanakam Kamini Kalaham, starring Nivin Pauly and Grace Antony.

About the folk flavour that enhances the lyrics, Pranav says, “I kept it like that because of the lyrics. That was the genre best suited for the words used by Hareesh.” In the cast are Jithin Kannan and Abhirami Ramesh. Cinematography is by Sachin Ravi.

This is the second song from the Pranav-Hareesh combo. They had previously worked in ‘Chandrettayanam’, a endearing number about a budding romance between two aged people that went viral last year.