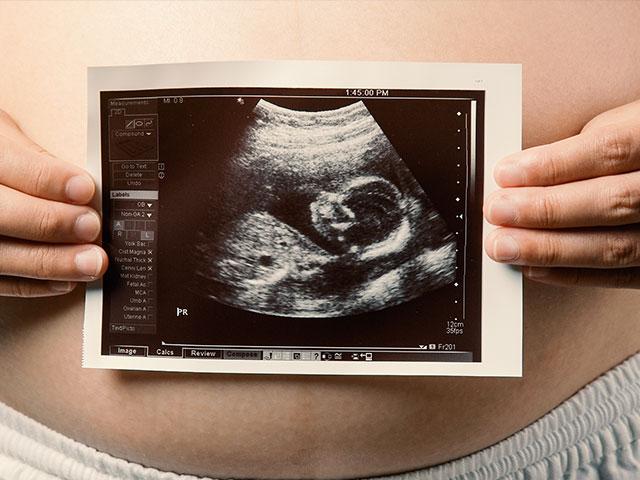 A remarkable type of surgery is exposing the truth that unborn babies are still babies, even when they’re three or four months away from being born.

Expectant parents in the United Kingdom have been an eyewitness to the miracle of life as their unborn babies have been spared from paralysis or worse by having surgery for spina bifida, long before they’re born.

Live Science reports that this breakthrough procedure has been performed on 32 babies with spina bifida since January 2020.

Spina bifida is a birth defect that occurs when a baby’s backbone does not form normally.

NHS England revealed that performing the operation on babies between 23 and 26 weeks of pregnancy, rather than after birth, has a greater effect on healing the child.

“The procedure is complex, time-sensitive, and not without its risks, but the significant and life-changing impact on babies and their families, cannot be overstated,” said Dr. Dominic Thompson, lead neurosurgeon at Great Ormond Street Hospital (GOSH) for Children in London. “This makes all the difference to the quality of their lives.”

***As Big Tech censorship continues to grow, please sign up for CBN Newsletters and download the CBN News app to ensure you keep receiving the latest news from a distinctly Christian perspective.***

Some potential risks involved with having the surgery include premature birth and requiring mothers to deliver their baby via cesarean section.

Helena Purcell was told that her unborn baby had the condition, so she chose to have the surgery while 23 weeks pregnant.

“I cannot explain the massive difference the service has had for my family,” she said. “The NHS doctors are heroes in my eyes, and the surgery they did is just mind-blowing. If it wasn’t for them then Mila would be paralyzed. I am just so grateful that she has had this chance.”

According to the BBC, it took nearly 25 doctors to perform the intricate operation on the mother-to-be and her unborn child.

“I knew if I didn’t get the operation the quality of her life would be very different,” Purcell said. She gave birth to her daughter three months after the surgery.

Hospital officials explained that the mother receives anesthetic during the procedure, which passes on to the baby. Then an incision is made through the mother’s abdomen and uterus to reach the baby’s spine.

Next, surgeons will detach any skin on the exposed spinal cord then insert the cord into the spinal canal before stitching the tissues closed.

“We’re very excited about the next phase of the prenatal surgery for babies with spina bifida, including less invasive approaches,” said Dr. Paolo De Coppi, who is part of the surgical team.

He added, “While we look to make these future procedures as safe as possible, what is clear is that prenatal surgery for patients with spina bifida leads to better outcomes.”

Additionally, this procedure could save children from potential abortions. When new mothers are told that their unborn child has a condition such as Down syndrome, spina bifida, or cerebral palsy, some physicians suggest abortion as a remedy.

Multiple pro-life advocates have spoken out about the advancements made in fetal surgery and that babies in the womb are lives worthy of medical care.

Dr. William R. Lile, founder of ProLifeDoc.org emphasized that every unborn life is valuable in an article entitled, “A Patient is a Person, No Matter How Small.”

“In my practice, we treat the Pre-Born as patients while they are still in the womb,” he wrote. “When I see a pregnant woman in my office, I recognize two patients.”

Dr. Lile explains that babies have their own distinct health issues, separate from their mother. For example, he said an ultrasound can detect if a baby is anemic and that a blood transfusion can be performed as early as 19 weeks gestation.

“God knew all of us while we were in our mother’s womb,” he added.

CBN News previously reported that Bethan Simpson underwent surgery on her unborn baby in 2019 after spina bifida was detected while she was 24 weeks pregnant.

“We were offered continuing pregnancy, ending pregnancy, or a new option called fetal surgery – fixing her before she is born. We had to do it,” Simpson wrote on Facebook at the time.

“We were a success. Her lesion was small and she smashed surgery like you wouldn’t believe,” she added. Her daughter was born later that year.

Michelle Blaire of Hermitage, Pennsylvania was pregnant with her third child in 2017 when she found out that her baby had the most severe form of spina bifida.

At 25 weeks gestation, Blaire had her uterus removed and fetal surgery performed on her daughter. The baby was born seven weeks early and weighed two pounds, nine ounces.

“After what we went through and how much we prayed, we decided to make her middle name Faith,” she said.

And The Chicago Institute for Fetal Health reached a milestone last December when the team performed their 100th surgical procedure on a preborn baby. The institute performed its first surgery on a baby in utero in 2017.

These are only a few examples that illustrate why pro-lifers are adamant that the unborn must be considered as people too, as patients who deserve protection and medical care rather than abortion.