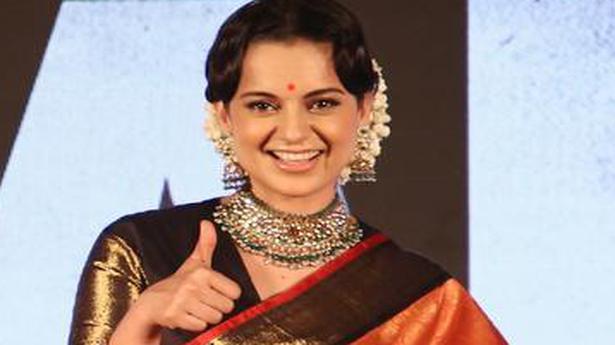 On May 4, two fashion designers announced via social media that they will never work with Kangana Ranaut and took down all previous content featuring the actor. In doing so, Anand Bhushan and Rimzim Dadu marked the first time Indian designers have expressed and committed themselves to a moral and political stance so publicly.

Fashion designers in India are known to be notoriously absent from any political discourse, especially in public. Few dared raise their voices during the CAA-NRC protests last year, knowing full well that a majority of their workforce is Muslim. So what led Bhushan and Dadu to do this?

Ranaut is hardly the first Bollywood actor to be involved in politics. Was it because she stands apart as the most invective-laden supporter of the Central Government from the ranks of Bollywood currently aligned with the BJP? Truth bears witness that she regularly misrepresents facts, and that her words are the very essence of hate speech. But it was her reference to the Prime Minister’s stint as Gujarat’s CM during the worst pogrom in the history of Independent India — and openly calling for similar violence — that was the last straw for Bhushan and Dadu. “What I’ve communicated should not even be a talking point,” Bhushan tells The Hindu Weekend. “What is the significance of this over someone with millions of followers openly calling for violence?”

What people outside fashion circles don’t know is that Ranaut has been a difficult person to dress for a few years now. Without making it public, many brands have repeatedly refused her stylists, and others have been horrified to see their clothes on her, which she happened to buy herself. So far, avoiding sourcing requests and being anxious of any perceived association had been an, ahem, internal matter. “But we don’t live in that world any more,” says prominent Bollywood stylist Mohit Rai. “Today, it’s no longer possible to continue dressing everyone blindly. The online environment demands you take responsibility and be answerable for your associations.”

And this is what makes Delhi-based Bhushan’s and Dadu’s stance all the more poignant. “We should hold our celebrities, and the influence they have, responsible to help this country heal [at this difficult time] irrespective of which side of the political spectrum they stand on,” says Dadu. “In that light, I didn’t find it right that any celebrity even remotely try to insinuate violence.”

Both Dadu, known for her metallic, fluid drapes, and Bhushan, for his unusual texturing, are popular with Bollywood actors. Since they posted their announcements on social media, the designers have been subjected to vicious trolling. “I am happy to say though, there was a lot of love as well,” says Bhushan, adding that users on Twitter were particularly supportive. “I hope this causes a ripple effect and even more established and influential designers make their voices heard in this matter,” adds Rai.

Publicly calling out and disassociating with a Bollywood star can possibly have consequences. At the time of writing, Ranaut’s sister and manager, Rangoli Chandel, put up a series of Instagram stories where she threatened to sue Bhushan. “I have simply stated my intent to not work with someone, that’s all,” says Bhushan. “What is that compared to Twitter permanently suspending an account?”

The fact that Bhushan’s stance elicited the threat of legal action from Chandel shows that it matters to the sisters, just as it does to many others; this small act of righteousness will inspire them to make their opinion known. Many influential people have already re-posted Bushan’s and Dadu’s posts, including actor Swara Bhaskar (on both Twitter and Instagram). As I write this, designer Gaurav Gupta, reacting on Instagram to an article in a Mumbai-based publication, commented: “Yes, never working with her again — ever!!”

By now it should be obvious that the taint of association never truly goes away. History teaches us so. Look at Coco Chanel’s alleged ties to the Nazis, still the stuff of legend — as is the very real history of Hugo Boss making uniforms for the Hitler Youth and the Waffen-SS (the company rendered a public apology in 2011).

It’s time that the fashion industry recognise the role it plays in creating the myth, glamour, and romance around their favourite actors. Everyone needs to start taking responsibility for the associations they foster — do they stand for a horrifying belief system that gives rise to a Kangana Ranaut? Because the art and the artist can no longer be separated. Give the emperor no new clothes and the truth will stand stark naked. All it takes, as Bhushan and Dadu have shown, is a simple no.