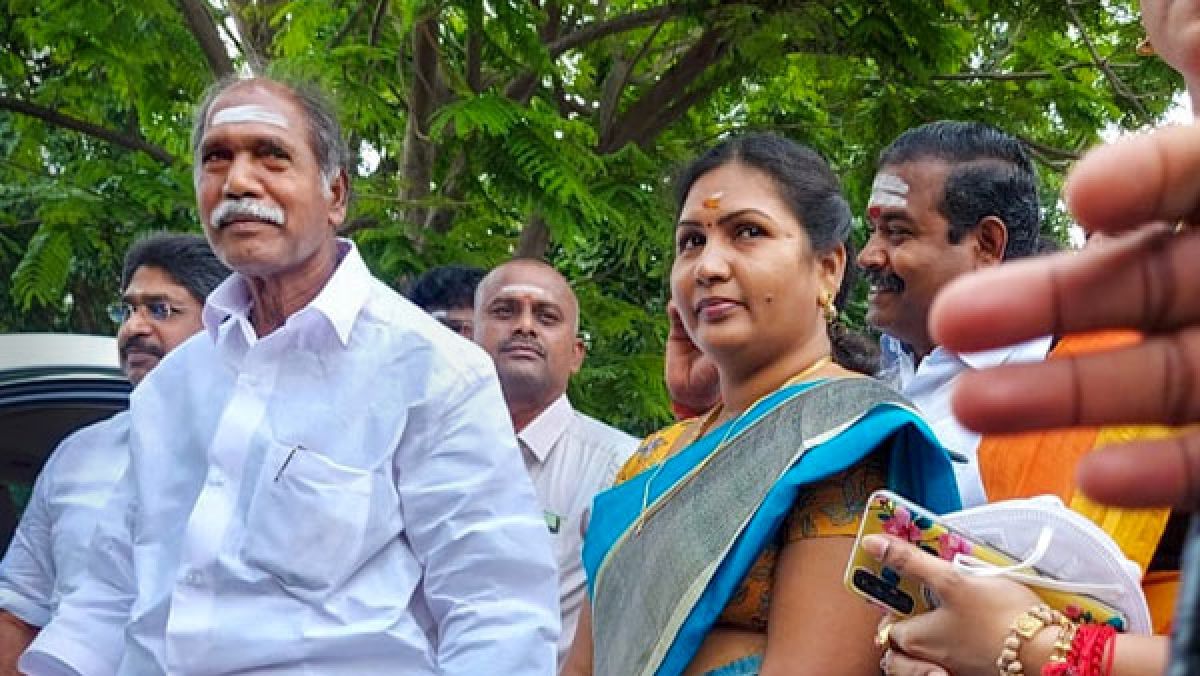 New Delhi, May 03: All India NR Congress (AINRC) has managed to dethrone Congress from Puducherry, the only territory in the south the grand old party was in power till recently. But, party chief N Rangasamy, who never lost an election barring his maiden one in 1990, lost the Yanm seat.

However, his move to get elected from Yanam tuned out to be a far cry to him as the Independent candidate Gollapalli Srinivas Ashok backed by the Congress stood victorious.

N Rangasamy triumphed in Thattanchavady constituency and wrested the seat from DMK.

The Thattanchavady segment in Puducherry brought Rangasamy cheers as he annexed the seat with a margin of 5,456 votes over his immediate CPI rival K Sethu alias Sethu Selvam.

According to the results that were declared on Sunday the NDA alliance is likely to form government in Puducherry with Rangaswamy as it’s chief minister candidate.

However, there are speculations that the BJP may not back him as the chief minister candidate as the saffron party may want someone with ‘leanings towards it’ as CM.

It may be recalled that Nirmal Kumar Surana, in-charge of Puducherry BJP, had said, “don’t confuse leadership with chief ministership. We are facing elections under the chairmanship of the very experienced Rangasamy,” adding fuel to the speculations.

However, the BJP had said that after the elections, the leaders of the legislature parties of the NDA will decide on the Chief Minister.

Rangaswamy stinct as CM of Puducherry

The AINRC chief was the Chief Minister of Puducherry from 2001-8 representing the Congress party.

He, however, resigned from his CM post in August 2008 and formed his own party named All India NR Congress on February 7, 2011.

In less than three months, his party won 15 seats out of 17 seats in the 2011 Legislative Assembly Elections, All India Anna Dravida Munnetra Kazhagam got 5 out of 10 seats it contested.

Rangaswamy again emerged victoriously and sat on the Chief Ministerial throne from May 16, 2011, till June 6, 2016. Later, he was succeeded by Narayanasamy in 2016.