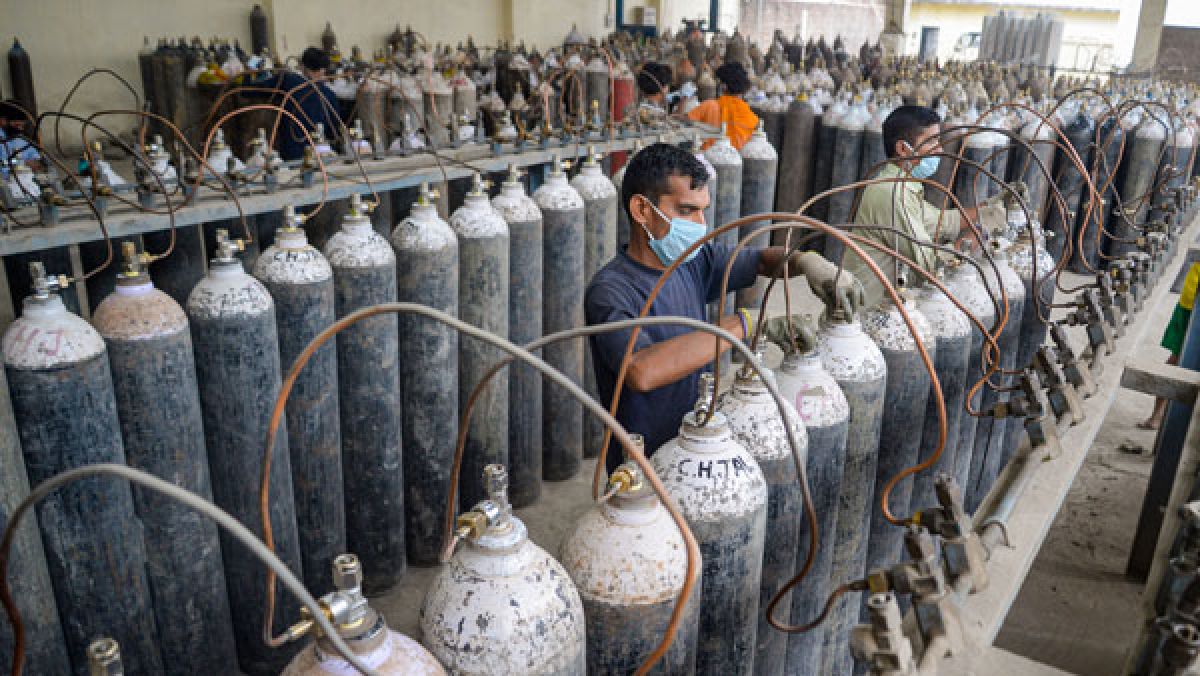 New Delhi, May 3: Delhi’s medical oxygen supply on Monday stood at around 447 MT, significantly less than the Centre”s allocated quantity of 590 MT, sources in the city government said.

Despite an acute shortage and repeated demands to the Centre in view of a large number of serious COVID-19 patients, the supply of medical oxygen has failed to take off in a big way in Delhi, the sources said.

The supply rose erratically since April 28, when it was 431 MT, to 447 MT on May 2, but the demand has gone beyond over 900 MT per day, a source in the Aam Aadmi Party (AAP) government said.

In view of Delhi’s growing caseload, the Centre recently raised the city”s daily oxygen quota from 378 MT to 480 MT, then to 490 MT and finally, to 590 MT. However, the Delhi government that had earlier demanded 700 MT of oxygen per day also increased its demand to 976 MT.

The Centre and the AAP government have been involved in accusing each other for the shortage of medical oxygen. The Centre claims that the Arvind Kejriwal-led Delhi government has failed to arrange tankers to get its quota and the city government accuses the Centre of depriving it of its required quantity of the life-saving gas.

Meanwhile, several city hospitals continued to send SOS messages to authorities on Monday for replenishing their alarmingly low oxygen supplies to save the serious COVID-19 patients admitted there.

COVID-19 crisis: No shortage of oxygen in country; use it judiciously, says Govt

Dr Pankaj Solanki, the head of the 50-bed Dharamveer Solanki Hospital at Rohini, said he is tired of making SOS calls and “feels dejected”.

“Most of the times, there is a crisis (of oxygen). It has become difficult to manage even 10 patients now,” he said.

Many good samaritans issued alerts through social media platforms, seeking the help of the authorities concerned for the distressed hospitals.