6 Hindi movies that are getting direct OTT releases this May The summer break, from online classes, is round the corner and the OTT showers are here to follow. Don’t miss out on these Hindi films as few of them are getting a direct OTT release. Here is the list of Hindi movies that are to have their releases directly on OTT this May, in a chronological order, just so that you don’t miss out on any.

Time to Dance, as the name suggests, is an Indian dance film. The plot revolves around a dance girl who falls in love with a youngster and both of them have a dream of winning London’s biggest dance competition. This movie is Stanley Menino D’Costa’s directorial debut and follows the footsteps of earlier Indian dance films, such as ABCD and Street Dancer. Diverse dance forms, like Latin dance and Ballroom waltz, add to Isabelle Kaif, Katrina Kaif’s younger sisters, impressive on-screen performance. Time to Dance will be Isabelle Kaif’s debut in Bollywood.

Time to Dance will be available to stream on the OTT platform Netflix from 7 May 2021. 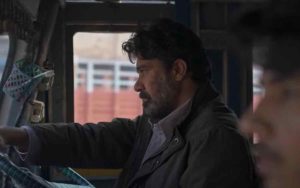 Milestone is the story of a veteran driver who sets out to create a 5,00,000 kms record on the road. The plot doesn’t offer an easy road as the driver faces setbacks from his aching back and the threat of losing his job. The trailer shows Suvinder Vicky, the Punjabi film actor starring in Milestone, driving to an unknown location. One must watch Milestone to know if he fulfills his promise and makes it to the finish line.

Milestone will be available to stream on the OTT platform Netflix from 7 May 2021. Hum Bhi Akele Tum Bhi Akele is the story revolving around an adventurous road trip from Delhi to Mcleod Ganj in Himachal Pradesh. The movie features Anshuman Jha (Veer) and Zareen Khan (Mansi), in the lead roles. Mansi and Veer are characterized as homosexuals in the film. HBATBA depicts the characters discovering love through friendship via a road trip. This film had its theatrical release on 14 February, 2020 and is all set for its OTT release.

Hum Bhi Akele Tum Bhi Akele will be available on the OTT platform Disney+Hotstar from 9 May 2021. Radhe – Your Most Wanted Bhai, which was to hit theatres in 2020, is all set to have an Eid 2021 release. This action film, directed by Prabhu Deva, stars Salman Khan as the lead role. The washroom fight sequence has been a talking point with the Korean action director Myeong Haeng Heo, directing the sequence on the spot. Radhe will be India’s first simultaneous release movie, releasing in the theatres and OTT on the same date.

Radhe will be available to stream on the OTT platform ZeePLEX from 13 May 2021. Sardar Ka Grandson stars Arjun Kapoor, Rakul Preet Singh, Neena Gupta, Soni Razdan, Aditi Rao Hydari, John Abraham and Divya Seth. This family entertainer is a plot around a US-return grandson who is ready to go any extent to fulfil his grandmother’s wish. The songs in this movie mark the debut of Indian-Punjabi singer, and songwriter, Jass Manak into Bollywood.

Sardar Ka Grandson will be available to stream on the OTT platform Netflix from 18 May 2021. Toofaan is an inspirational sports drama directed by Rakeysh Omprakash Mehra. The movie stars Farhaan Akhtar, in the lead role. Toofan will be the second collaboration between the duo, after the 2013 superhit; Bhaag Milka Bhaag. The film’s theatrical release has been postponed since last year and the filmmakers have finally decided to get out of this loop by having a direct OTT release. Toofan aims at inspiring, and motivating, people to work hard outside their comfort zone. It is truly one of the most exciting Hindi OTT releases of May.

Toofaan will be available to stream on the OTT platform Amazon Prime Video from 18 May 2021.