‘The Falcon and The Winter Soldier’ review: What does it mean to be Captain America? 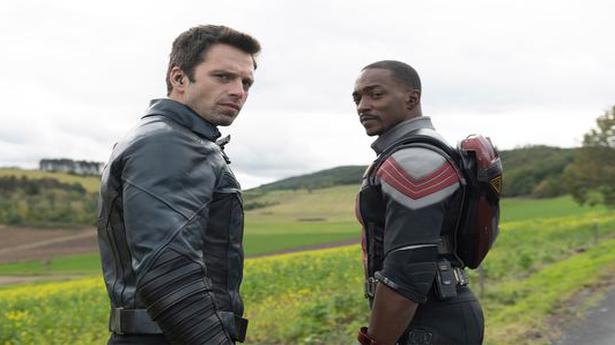 Marvel’s latest superhero offering has too much to grapple with and brims with ambition initially, but doesn’t quite pull it off

“Like it belongs to someone else,” says Sam Wilson at the end of Avengers: Endgame when Captain America hands over the shield and asks him how he feels. Reeling under its weight since, Wilson a.k.a The Falcon is left questioning his right to Steve Roger’s legacy after being weighed down by expectations

James ‘Bucky’ Barnes, Rogers’ best buddy, who after having gone rogue for a while (only to return with a darker past and a metal arm), is out and about atoning for the sins committed during his days as The Winter Soldier – a period when he lost control over his mind.

From the outset then, The Falcon and The Winter Soldier, is about one man’s apprehensions over the future, and the other’s struggle to make peace with the past. But, Marvel Studios, as has been the case for a while now, is not content with sticking to the regular superhero mould.

They push hard, and as a result, The Falcon and The Winter Soldier, is not just about a pair of super-human protagonists, their journey of self-realisation and their bid to save the world. These aspects, while being firmly embedded throughout, lay the groundwork for a larger canvas.

The scale of the ambition first presents itself during the unravelling of the villains. Like Thanos from Avengers: Endgame, the antagonists here – a group of teens by the name of Flag Smashers – belong to the crop of villains whose causes are noble and yet qualify as evil because of the means they adopt to achieve this.

But, by now, this too has come to pass as a standard motif in the superhero template, only serving to make the story more palatable. The show, then, makes its biggest stride with the questions it raises at the American society – whether it is ready to forego the traits of blonde hair, blue eyes and fair skin and make way for a Black man to take up the mantle of Captain America; if a Black man should, after all, fight for a country that has largely been unfair to him all along.

Also Read: A bunch of new films and shows is exploring the idea that the ‘superhero’ might be a proto-fascist

This isn’t mere tokenism and the commitment clearly comes through, for characters, incidents and backstories have been set aside in this regard. There is even a newly anointed Captain America (played by Wyatt Russel) that follows closely in the footsteps of Chris Evans’ original version, helping to bring out the contrast with Anthony Mackie’s Falcon.

As much as it wants to raise these questions, Marvel is also trying to sell a universe with a Thanos and a blip born out of the snap of a finger at the end of Avengers: Infinity War. In spite of the undoing of those damages in Avengers: Endgame, the return to normalcy after five years has led to a different kind of fallout, taken up by the Flag Smashers.

Then there are veterans from the previous Captain American movies making a comeback. However, among the many members of the supporting cast, it is Daniel Brühl’s Zemo who is an absolute riot and steals every scene he’s a part of. Emily VanCamp’s Sharon Carter also makes an impression, and could play an important role in the seasons ahead (here’s hoping we get more). But, for the show to weave all these into the narrative, more room has to be made and consequently, Sebastian Stan’s Barnes is sidelined often and Falcon’s battles are reduced to one among the many.

In the midst of all this, perhaps the biggest blow is inflicted upon the Flag Smashers whose cause isn’t amplified enough to be palpable. As always, when the villain is slighted, the protagonist suffers. The case is no different here.

For a superhero story set in a Marvel world with topical undercurrents, it isn’t the toggling between these that come off as contrived, as much as the resolutions to conflicts. Marvel managed to pull of a Black Panther — and a huge part of it was down to the focused approach of its narrative. The Falcon and The Winter Soldier has too much to grapple with and brims with ambition initially, but fizzles in execution.