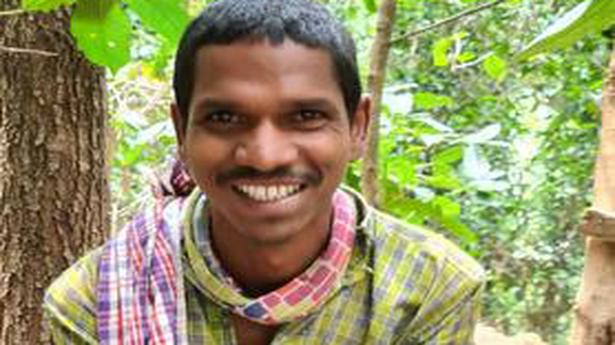 The focus is clearly shifting to small farmers, fair trade, traceability and provenance. Meet a few people who are leading the change

It is estimated that a spice changes hands almost 10 times (in trade) once it leaves the farm. Inevitably, freshness is lost, and valuable essential oils are sometimes extracted before it lands on retail shelves. For something that forms the underpinning of most Indian cuisines, it is ironical that the way spices are sourced and used gets such little attention in the modern Indian kitchen.

Fortunately, a few small farmers and entrepreneurs are trying to fix this by putting high quality, cleanly-sourced spices into the spice box. It is an approach which can eventually make our pantries more fragrant and discerning, even as small growers benefit.

When industrialist Anand Mahindra recently tweeted that “Araku could be the new Shangri-La”, he was not just giving a thumbs up to a sustainable agriculture project in Andhra Pradesh known for its coffee. He was heralding a new approach that the social enterprise project is ushering into the growth and trade of a commodity that is in need of a major overhaul in India: pepper.

Part of the Naandi Foundation, a public charitable trust, the Araku project has helped 1,00,000 adivasi farmers who grow coffee in the region. But this year, some of these small farmers forayed into exporting pepper, whose price globally has been zipping up. Though Malabar pepper is the gold standard, the collective found that the vines curling up their shade trees for coffee were bearing enough green gold to kickstart a pepper vertical.

Also read: Spices 101 — chefs on where to source the best | A guide to heirloom spice mixes

The farmers managed to hand-pick 23 metric tonnes — a tedious task involving climbing tall trees, and standing upright for hours while picking the green pepper from vines. This bulk was exported to Denmark. “All are farmers with just two to three acre plots. They climbed 200 trees each, and hand-picked the pepper,” says Manoj Kumar, CEO of Naandi Foundation. “We helped them with basic processing such as destalking, winnowing, and drying, and they were able to make a profit of ₹1 lakh each with the export.”

Going back to the source

Ordinarily, a small farmer may sell the entire growth of his plot for a meagre sum like ₹20,000 to a big trading company “and feel happy about it…” says Kumar, but now “they are realising the potential”. The Foundation plans to develop a separate spices vertical, where not just pepper but a few other spices, such as ginger and long pepper (pipali, the pre chilli pepper used in ancient Indian gastronomy), will be grown organically and fair traded both internationally and domestically.

Modern spice trade in India, dominated by middlemen and big trading companies, is a throwback to British colonialism, where both plantations and trade to Europe were controlled by the colonisers. An approach to buying spices directly from small farmers has the potential to change this, ensuring livelihood and profit for those working the land, and fresh ingredients at home. This kind of buying can also bring the focus back on seasonality in spices, an important concept based in Ayurveda that is forgotten in most Indian kitchens using garam masala indiscriminately, all year round (warming spices were typically used in winter, while summer and other seasons had their own spices in many cuisines.)

Tijara Farm in Rajasthan is a popular stopover for Indian and foreign chefs interested in local, organic and seasonal produce. Owner Sneh Yadav — who started the farm in 2011 with her ex-Army husband — has been growing hyperlocal spices such as rai, kachri powder (a souring agent increasingly falling out of use), and even shibuli stamen known as the poor man’s saffron. She sells these directly to niche customers via WhatsApp and supplies to top restaurants in the NCR, including Olive and Annamaya. “I am a family farmer and want to keep it small, where I can personally guide people on what to buy and how to use it,” Yadav says.

On the farm, which runs on solar and biogas, cropping follows Ayurvedic seasonality. Fifteen local families are involved in the processing. Turmeric, for instance, is hand pounded. Yadav says essential oils are not lost in these traditional methods sans heat or heavy machinery, “plus, local families earn wages.”

A worker collecting pepper in Thirunelly, Kerala, for Diaspora Co

Lockdowns and an increased interest in home cooking, means more consumers are looking for better-sourced food. Though one must be wary of ‘green washing’ — food companies trying to pass things off as organic or fair trade, while merely paying lip service to the idea in order to charge a premium — the ‘trend’ has been spurred by legit entrepreneurs too.

In the US, Indian origin Sana Javeri Kadri set up the now hugely popular Diaspora Co in 2017 for online retail of direct-from-farm spices. Kadri works closely with the Indian Council of Agricultural Research to identify and support 12 farmers and 320 farms in the country. Her aim is to “decolonise a commodity back into a seasonal crop”, and pay farmers fairly (the website mentions they get paid up to six times more than regular commodity prices).

Finally, the fact that provenance is important is seen from the new awareness around Lakadong turmeric. Despite having a GI tag and the reputation for the “purest turmeric in the world” — with 7% curcumin (instead of the 3%-4% found in regular turmeric) — the Meghalaya village was virtually unknown outside the Northeast till a few years ago, when local brand Zizira began sourcing it from farmers and putting their brand on platforms like Amazon.

Also read: Spices 101 — chefs on where to source the best | A guide to heirloom spice mixes

Others are following suit. Young restaurant professional and pop-up chef Tanisha Phanbuh buys from village farmers known to her family and brings it to Delhi for use by fellow chefs. Through the pandemic, she was using the spice to make simple but nutritious Khasi meals that were home delivered.

Other Northeastern spices such as Khasi ginger and pepper, are also distinct, and she says she hopes “to create a market for these”.

When it comes to spices, hyperlocal will be an interesting way forward, as customers enlist more curators and take that extra step (and pay a premium) for a spice box that is direct from source.