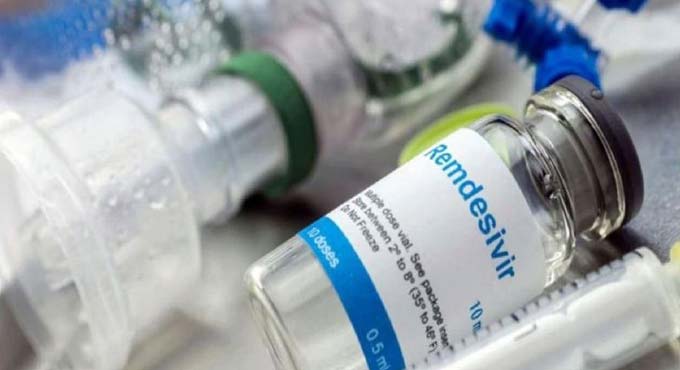 Nizamabad: Two persons were arrested on Thursday for selling fake remdesivir vials filled with saline water in Nizamabad. They were selling each vial for Rs 35,000 to Rs 40,000.

A victim lodged a complaint with the Nizamabad one-town police against the accused on Thursday. SHO Anjaneyulu said Mahesh Kumar, a native of Chepur village of Armoor mandal, contracted Covid and is taking treatment in a private nursing home in Nizamabad. As he required remdesivir for treatment, his brother, Ranjeet Kumar, approached Dr Sai Krishna Naidu, a junior doctor at a private nursing home, who guided him to Sathish, a compounder at Armoor-based private nursing home.

The SHO said Ranjeet was asked to shell out Rs 35,000 to Rs 40,000 for each vial of remdesivir which he did. Later, doctors at the nursing home in Nizamabad found out that the vials were fake. Ranjeet realised that he was duped by Dr Sai Krishna Naidu and Sathish.
The police arrested the two and took them into custody. They were collecting details of their previous transactions.