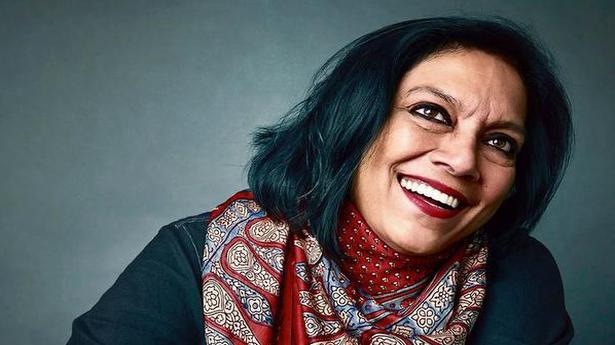 While working on artist Amrita Sher-Gil’s biopic, BAFTA jury member Mira Nair talks of the importance of experimenting with different forms of filmmaking

On Mira Nair’s watchlist tonight is a 1973 Mani Kaul film, Duvidha. Locked in, in Delhi, which has been brought to its knees by the COVID pandemic, the director of A Suitable Boy and The Namesake has turned to movies of the experimental kind.

As a voting member of the British Academy of Film and Television Arts (BAFTA) and a part of the Indian jury, the filmmaker has been extensively watching others’ work in order to select 10 artistes from India to be mentored under BAFTA’s Breakthrough India initiative.

Over a video call, she says, “The longer I live, the more I realise that creative energy is not limitless. And therefore, I try to do things that give me energy.” Things like going over the work of applicants to BAFTA Breakthrough India to “narrow down original voices that can get lost in our country of many, especially in an industry like ours where it is all about who you know,” she adds.

Breakthrough India is supported by Netflix and aims to select talented people in the film, games and television worlds to take part in a year-long mentoring and guidance programme. The nominees will receive global networking opportunities, free access to BAFTA events and screenings for 12 months, and full voting BAFTA membership.

Mira and her fellow jurors, including ambassador AR Rahman, director Shonali Bose, cinematographer Santosh Sivan and producer Siddharth Roy Kapur among others, sat down for three hours to choose the nominees. “The first thing I said was that ‘I am looking for bravery, originality and a distinct voice, not competence, not imitation’.”

Can you speak your truth?

In Mira’s books, bravery beats competence. “A lot of people can do a good imitation of art, but few have a way of capturing the world which is unique. It is how you choose to tell the story and from what point of view that defines bravery for me. That was something I saw in this lot [the nominees], they were experimental.”

Bravery to Mira, is in the intent: “the importance of speaking your truth”, in the craft: “finding new forms to tell a story”, and in not being afraid to be different — “even when no one understands what you are doing.”

Through her own journey into filmmaking, which started off with documentaries such as India Cabaret — an exploration of female strippers in then Bombay, Children of a Desired Sex, on the abortion of female foetuses, and The Laughing Club of India — Mira’s icons have been Richard Leacock and DA Pennebaker. “They were the pioneers of the Cinéma vérité movement and to this day, remain the barometers of truth for me,” she says.

She brings up Chris Marker’s La Jetée, a science fiction-ette about post-apocalyptic experiments on humans made entirely using black and white stills. “It told me so many things about how to evoke poetry, violence and surrealism without a big budget, relying on just art and its power.”

While movies like these are what she falls back to, Mira has also been trying to keep up with Netflix, Amazon and other OTT platforms. (Though she confides, “What does OTT mean yaar! Over The Top? Really, it’s that simple? I thought it would be more technical. Okay, I am with it now”, she lets out a short bark of laughter.)

Her first digital release was last year’s A Suitable Boy, an adaptation of Vikram Seth’s 1993 novel set in a newly independent India.

With the Government of India now stepping in to regulate content on OTT platforms, what does it mean for artistic freedom? Mira pauses thoughtfully, before replying: “The most inventive cinema has been as a response to censorship. So I hope that a lid on our heads will make us dream more.”

It was when she was in Awadh, shooting A Suitable Boy, that she got her next project which would bring her back to the city. She will be adapting the 2020 Pulitzer finalist, The Jungle Prince of Delhi, a story published by The New York Times on a family living in a decrepit lodge in Delhi, claiming to be Awadh royalty.

It will be co-produced by Sister Pictures, who bankrolled the hit series Chernobyl. “Of course I was interested in the story; the whole world sent it to me when it came out. I was still in Awadh then, not imagining that I would give three more years of my life to that place. I was talking to the producers to help them and advise them about the place, and they said you must direct it,” she says.

Meanwhile, Mira is also working on a feature film on Amrita Sher-Gil, the Hungarian-Indian painter regarded as one of the country’s greatest modern artists. Her other series National Treasure on Disney+ is a reimagining of the Nicholas Cage franchise with a ‘DREAMer’ child as the protagonist. “National Treasure is in the writers room now, after a brilliant pilot. We will start shooting early next year, in January, and I hope it will be released next summer.”

For The Jungle Prince however, it is still early days. “It is an operatic and ambitious story and we just found the right writers for it. It is not easy to conceive everything on Zoom, so we are waiting to gather in one place and discuss the shape of the story,” she says.

The series will be told in eight episodes of an hour each. “It is such a great story. It is our story, one of trauma and exile. If we don’t tell our own stories, someone else will, and mess it up,” she laughs.