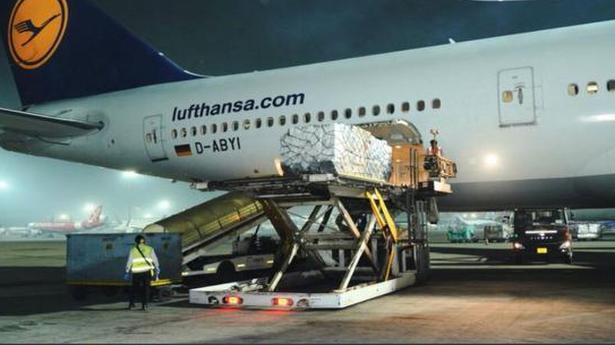 The international campaign to support India appeared to intensify with more countries joining the effort by late Tuesday.

Around 15 countries including the US, Russia, France and the United Kingdom are rushing critical emergency use equipment to enable India counter the COVID-19’s deadly second wave. A compilation from the Ministry of External Affairs showed that countries are sending hundreds of oxygen concentrators, respirators and large quantities of liquid oxygen to help ease the difficult situation facing India.

Out of the promised international assistance, a bulk is expected from the United States following President Joe Biden’s telephonic conversation with Prime Minister Narendra Modi on April 26. The US assistance is likely to include emergency medical care units, oxygen-related supplies, vaccine-related items and therapeutics. President Biden’s pledge of help was followed by Secretary of Defence Lloyd Austin who stated that he had instructed the Department of Defence to utilise “every resource at their disposal” to support the American effort to help India’s health sector.

American leaders’ expression of support was followed by strong legislative commitment. Congresswoman Pramila Jayapal called upon the US to address India’s request for raw materials and equipment that are necessary for production of the vaccines by the Indian pharmaceutical sector. Representative Ilhan Omar, Ann Kirkpatrick, Congressman Ro Khanna and Governor Phil Murphy of New Jersey joined US public officials to extend solidarity and support to India as it faced one of the biggest crisis in decades.

An important part of support from the United States will include raw materials required for production of the vaccines here. In that regard, US will approve supply of filters that are necessary in the production of Covishield vaccines. U.S. is also expected to release at least 10 million doses of AstraZeneca vaccine after the authorities give a green signal for export to India.

In all, India may receive 60 million doses of AstraZeneca vaccine from the U.S. in the next two months. In addition, to vaccines and oxygen-related items, agencies of India and the U.S. will collaborate more closely in the coming months to defeat the virus. Under the Quad Vaccine Initiative, US Development Finance Corporation (DFC) is funding a substantial expansion of manufacturing capability for BioE, the vaccine manufacturer in India. It is expected that BioE may produce 1 billion doses of COVID-19 vaccines by 2022.

Assistance from the leading economies of the world is expected to reach in multiple phases with France this week sending eight large Oxygen Generating Plants and a large number of items like respirators and electric syringe pushers. The French government is on track to send 5 liquid oxygen containers next week. Germany will make an oxygen production plant available for 3 months along with 120 ventilators and protective equipment like KN95 masks.

Like other major partner countries, Australia too announced on Tuesday that it will send 500 ventilators, 1 million surgical masks, 500,000 P2 and N95 masks, and other protective items for the frontline health workers. The Hindu had earlier reported citing official sources that Delhi is looking for oxygen-related items in the international market. Accordingly, 4 cryogenic oxygen containers were sourced from Singapore. Saudi Arabia has sent 80 MT of liquid oxygen which is currently en route via sea. Thailand and the United Arab Emirates have sent 4 and 6 cryogenic oxygen tanks and 800 oxygen concentrators were sent by Hong Kong, China. Ireland is on track to send 70 oxygen concentrators.