Oscars 2021: The biggest snubs and surprises 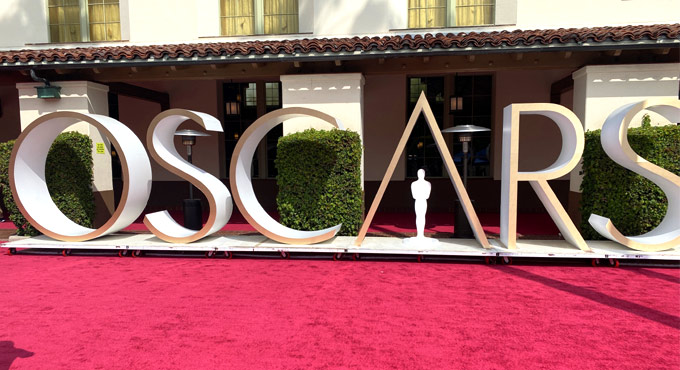 Washington: The 2021 Oscars, which were held at the Dolby Theatre and Union Station, was one star-studded event. While the 93rd Annual Academy Awards were mostly unexpected and unpredictable, it delivered surprising wins in the lead actor categories for Anthony Hopkins and Frances McDormand.

According to Variety, another big shocker was that this time the Best Picture category was not announced last, instead, they saved the lead acting categories for that.

Also adding to the list of surprises was the fact that how smoothly the ceremony went even with some big changes. There was its new location at Union Station and a revolving audience. Many presenters spoke from the audience and it worked perfectly.

As expected, history was made by the talented filmmaker Chloe Zhao, who won the best director award for her work on ‘Nomadland’, which also won the best picture award. Both supporting actor categories corresponded with the SAG Award winners.

Here are some of the biggest snubs and surprises from the 93rd edition of the Annual Academy Awards:

Snub: ‘The Trial of the Chicago 7’
The acclaimed movie by Aaron Sorkin, which won the SAG ensemble award and went into the evening with six nominations, was the only best picture nominee that went home empty-handed. It was a surprise, considering that it was considered a strong contender for the best picture upset, but don’t be surprised if Sorkin is back soon. He’s currently shooting ‘Being the Ricardos’ with Oscar winners Nicole Kidman, Javier Bardem, and J.K. Simmons.

Surprise: Frances McDormand, Best Actress for ‘Nomadland’
Considering that she starred in and produced the best picture winner, along with winning the BAFTA for her stunning turn as Fern in ‘Nomadland’, it’s not such a shocker McDormand walked away with her third best actress Oscar. But the category has been up in the year all season, with Andra Day winning Globes, Viola Davis winning SAG and Carey Mulligan taking home the Critics’ Choice and Spirit Award.

As the category for Best Actor got shifted for the end, it felt as if the show’s producers were gearing for a posthumous Chadwick Boseman win. He had won both the Golden Globe and the SAG Award, but Hopkins took home the BAFTA, which did give some people pause. In what was likely a tight race to the end, Hopkins emerged winner, taking home his second Academy Award after he won the first one for best actor in 1992 for his performance in ‘The Silence of the Lambs’.

Surprise: ‘The Father’ for Best Adapted Screenplay
While several people predicted a win for ‘The Father’, but nothing was for certain. Many felt best picture frontrunner ‘Nomadland’ held a strong chance, while ‘Borat Subsequent Moviefilm’ won the WGA Award, where ‘The Father’ and ‘Nomadland’ weren’t eligible. Ultimately, the award went to director Florian Zeller for adapting his own play, with help from Christopher Hampton, who won in this category in 1989 for ‘Dangerous Liaisons’.

Surprise: Erik Messerschmidt, Best Cinematography for ‘Mank’
Though Messerschmidt earned raves for his stunning black-and-white cinematography, the category also had Joshua James Richard, who was heavily appreciated for his work in ‘Nomadland’. It was a tough category, packed with greats, and a case could have been made for any winner, but Messerschmidt’s stunning work portraying Hollywood of old ultimately won the award.

Surprise: Award speeches that weren’t rushed
Perhaps the most noticeable change during this year’s Oscars was that there was no orchestra playing off winners’ speeches. In fact, Questlove did an excellent job DJing the proceedings, and winners were allowed to take their time, resulting in some wonderful moments. Yuh-Jung Youn continuing to crack up the crowd as she tried to comprehend, she was an Oscar winner. The ceremony gave a lesson for the future shows, to let the winners speak.

Snub: ‘One Night in Miami’
Regina King’s directorial debut went into the evening with three nominations, adapted screenplay, supporting actor, and best song. It was the latter category, where the song ‘Speak Now’ was nominated, where it had a strong shot. But the award ended up going to the song ‘Fight for You’ from ‘Judas and the Black Messiah’, with music and lyric by H.E.R., music by D’Mile as Dernst Emile II, and lyric by Tiara Thomas.

The 93rd Academy Awards ceremony took place two months later than originally planned, due to the impact left by the COVID-19 pandemic on the entertainment industry.