Oscars 2021 LIVE: All the updates and winners from the ceremony 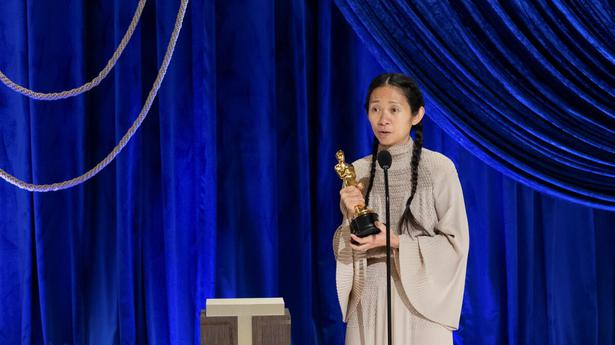 Hollywood’s biggest annual night is finally here, around two months late, after several delays and setbacks due to the pandemic. The 93rd Academy Awards promises to be ground-breaking for many reasons; several people of colour have earned nominations (seemingly in response to the #OscarsSoWhite movement), female directors Chloé Zhao and Emerald Fennell could make history if they win in any of their categories, while streaming giants like Netflix and Amazon Prime could yet again showcase their dominance over other major film studios.

Netflix leads all the studios with 35 nominations, followed by Amazon with 12, Walt Disney with 8, and the others.

Filmmaker Steven Soderbergh who is part of the production team behind this year’s ceremony, has termed that the Oscars, which has been moved to the Los Angeles Union Station, will be “a cinematic show” and a “three-act film”, with a limited guest-list and COVID-19 regulations part of the proceedings to ensure that the stars don’t need to be masked. Big names such as Brad Pitt, Bong Joon-ho, Zendaya, Joaquin Phoenix, Laura Dern, among others are part of the presenters “cast”, as audiences worldwide wait to see what Soderbergh has up his sleeve.

Meanwhile, in a first, the performances for this year’s best song Oscar nominees were prerecorded and broadcast during the event’s pre-show and they won’t be part of the ceremony.

Check out our predictions in all the 23 categories here

Nomadland looks set to be the big winner after dominating awards season thus far, while others like Mank and The Trial of the Chicago 7 vie for remaining honours. Could Chadwick Boseman win a posthumous Best Actor award for Ma Rainey’s Black Bottom, or will Anthony Hopkins triumph for his incredible turn in The Father? Could Denmark’s Another Round directed by Thomas Vinterberg or Lee Isaac Chung’s Minari throw up a surprise?

Check out the complete list of winners here (updating)

Here are all the updates:

Tyler Perry is given Jean Hersholt Humanitarian Award, and during his acceptance speech, he asks people to refuse hate in every way, shape or form, adding that  he was sharing his award with everyone who does that.

Mikkel E.G. Nielsen for Sound of Metal! Harrison Ford presents the award, and the Riz Ahmed-starrer picks up its second win of the night.

A still from ‘Sound of Metal’

Back-to-back wins! Erik Messerschmidt accepts the award for his dazzling black-and-white frames, and becomes one of the few cinematographers to win an Oscar for a B/W film.

Mank, the leading film with nominations, finally gets its first Oscar of the night, as Donald Graham Burt and Jan Pascale accept and thank David Fincher. The award is presented by Halle Berry. A still from ‘Mank’

Surely the most enjoyable acceptance speech of the night so far. Apart from being outstanding in Minari, Yuh-jung Youn is at her charming best while receiving the award from Brad Pitt. She becomes the first Korean actor to ever win an Academy Award! 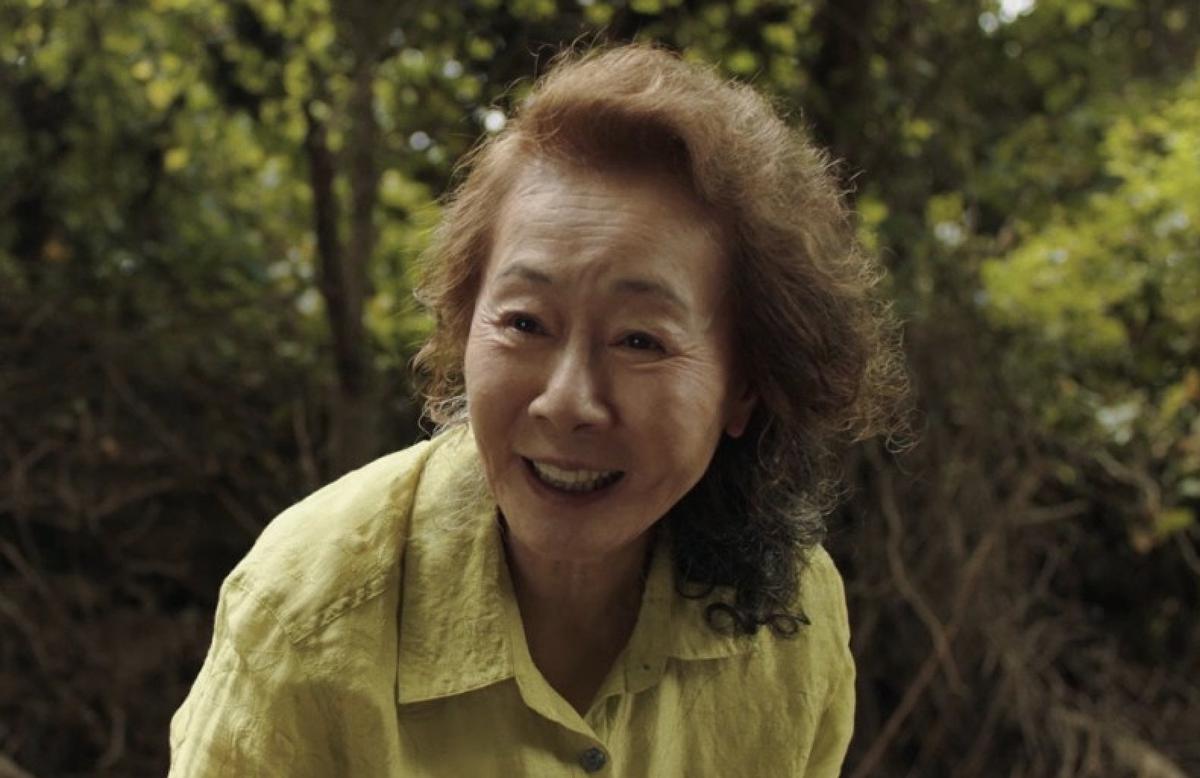 Christopher Nolan’s time-bending extravaganza might have missed out on some of the bigger honours, but deservedly won in this category as Andrew Jackson, David Lee, Andrew Lockley and Scott Fisher accept the award. 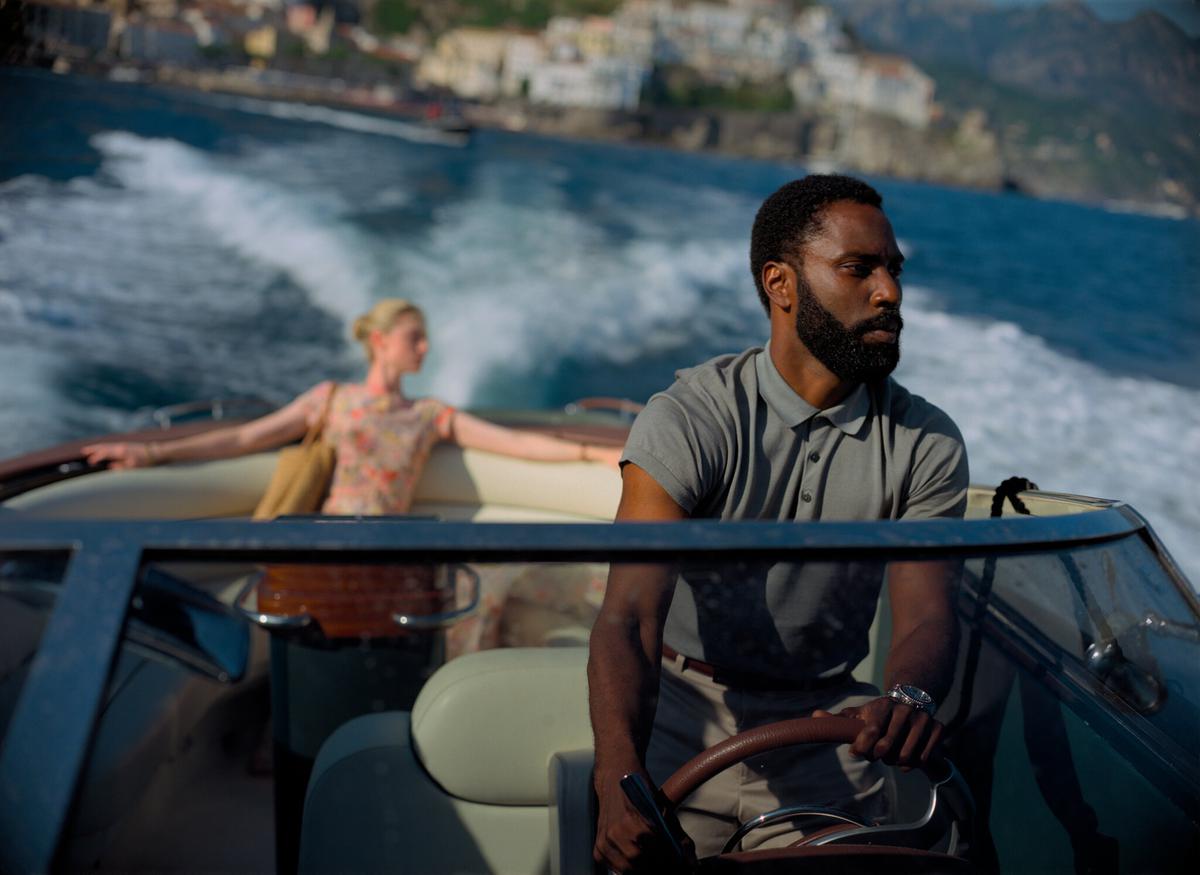 A still from ‘Tenet’

An unlikely friendship, even mentor-like relationship, that a man shared with a wild octopus, is at the heart of this year’s favourite, tear-jerker of a documentary: My Octopus Teacher. The Netflix original follows filmmaker Craig Foster documenting his growing understanding with a common octopus in a South African kelp forest, and has emerged as an awards darling too. 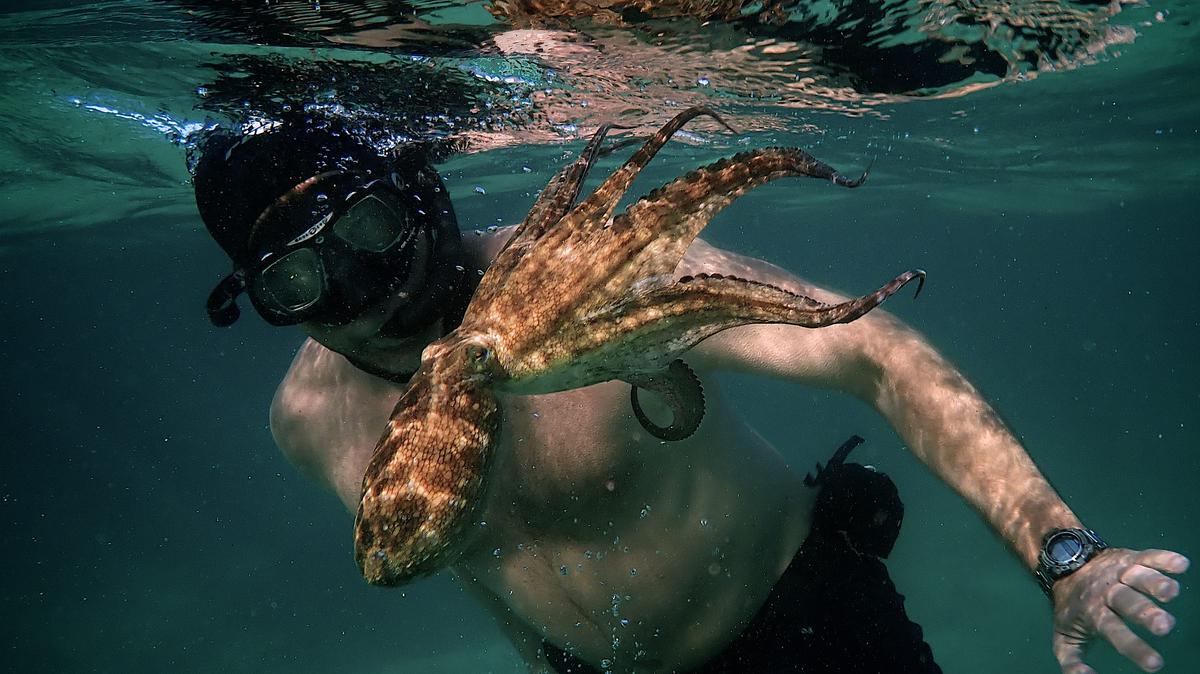 A still from ‘My Octopus Teacher’

Colette, a holocaust-theme tale of a 90-year-old woman going back to a World War II concentration camp in Germany where her brother died, has won. The terrifically moving tale was written and directed by Anthony Giacchino, and produced by Alice Doyard, Annie Small and Aaron Matthews. 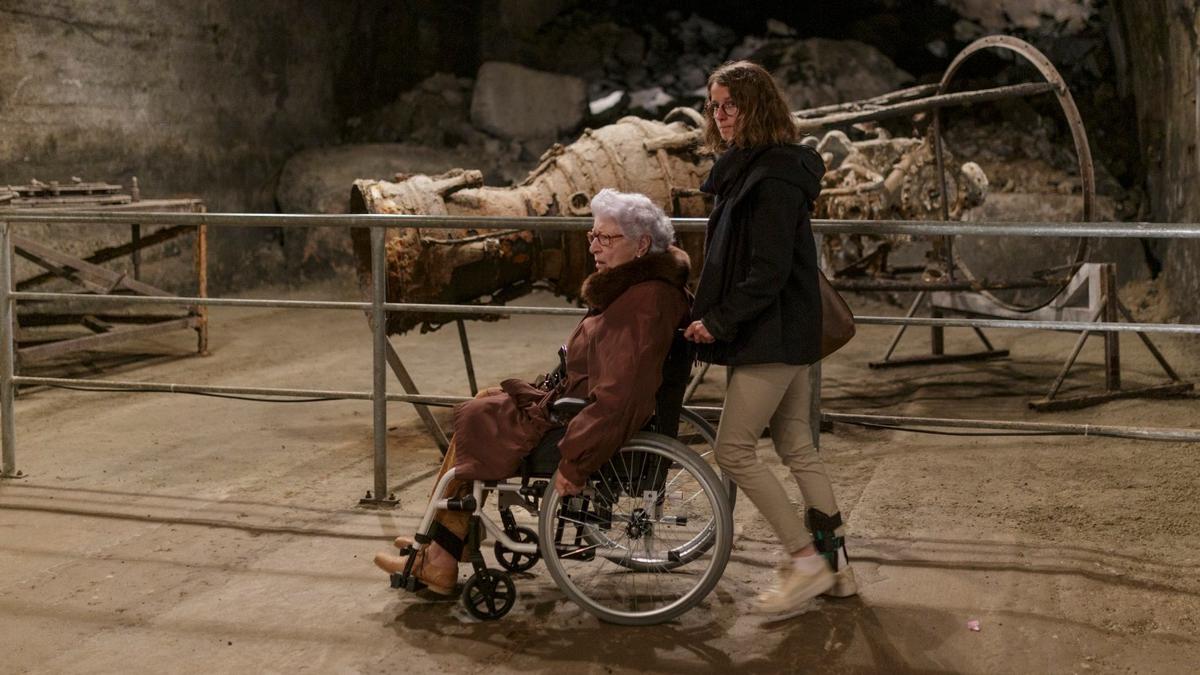 A still from ‘Colette’

Soul represents too much of what the Academy covets, and gets the expected win. Pixar’s first feature to frontline several black characters marks a major milestone for the studio, and animation legend Pete Docter’s deft hands conjured up an exceptional offering that served as a real antidote to the nightmare of the pandemic, and still offers comfort upon repeat watches.

Pete Docter calls the film ‘a love letter to jazz’ in his speech, and it truly was. It probably deserved a Best Picture nomination, honestly, 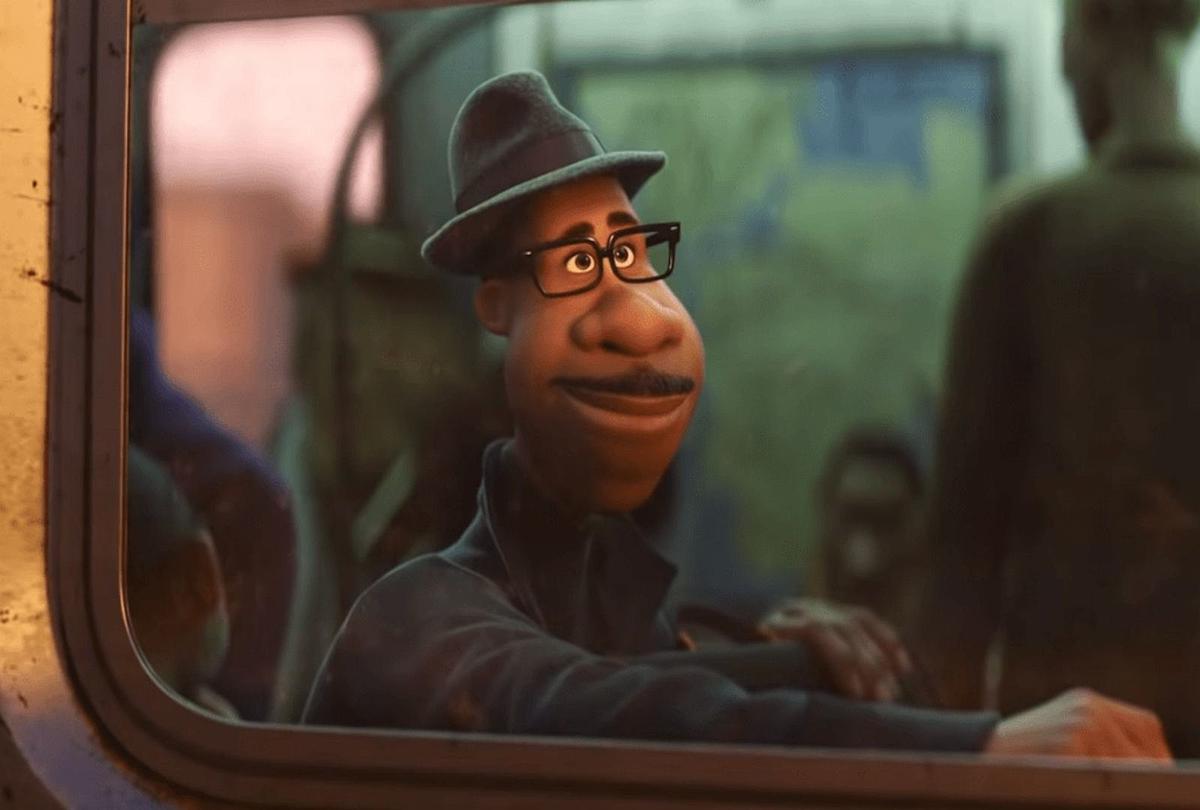 A still from Pixar’s ‘Soul’

Best Animated Short: If Anything Happens I Love You

Netflix’s 12-minute animated film If Anything Happens I Love You, which is being lauded globally for its touching portrayal of two parents coping with the loss of their daughter, and has Oscar winner Laura Dern as an executive producer, picks up the award. 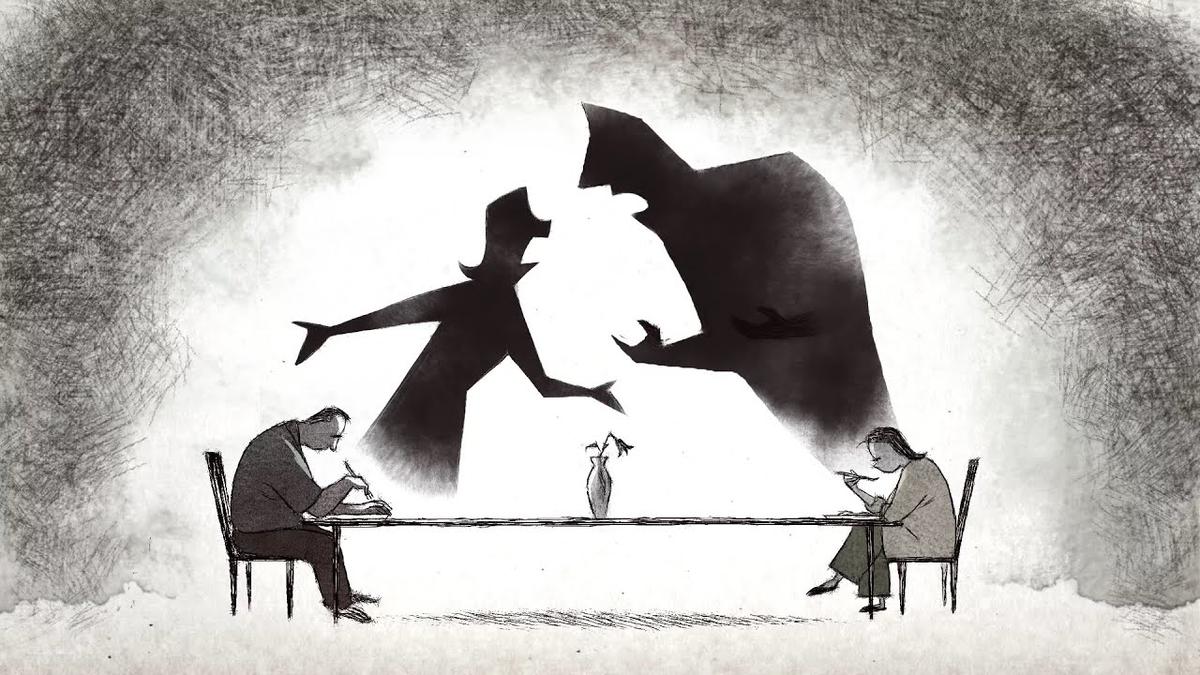 A still from ‘If Anything Happens I Love You’

Two Distant Strangers, which takes inspiration from the murder of George Floyd, and shows a Black man being killed over and over by a white cop in a time loop, is dramatically timely and relevant. The winners accept the award, and address the issue of police brutality against Black people in America. 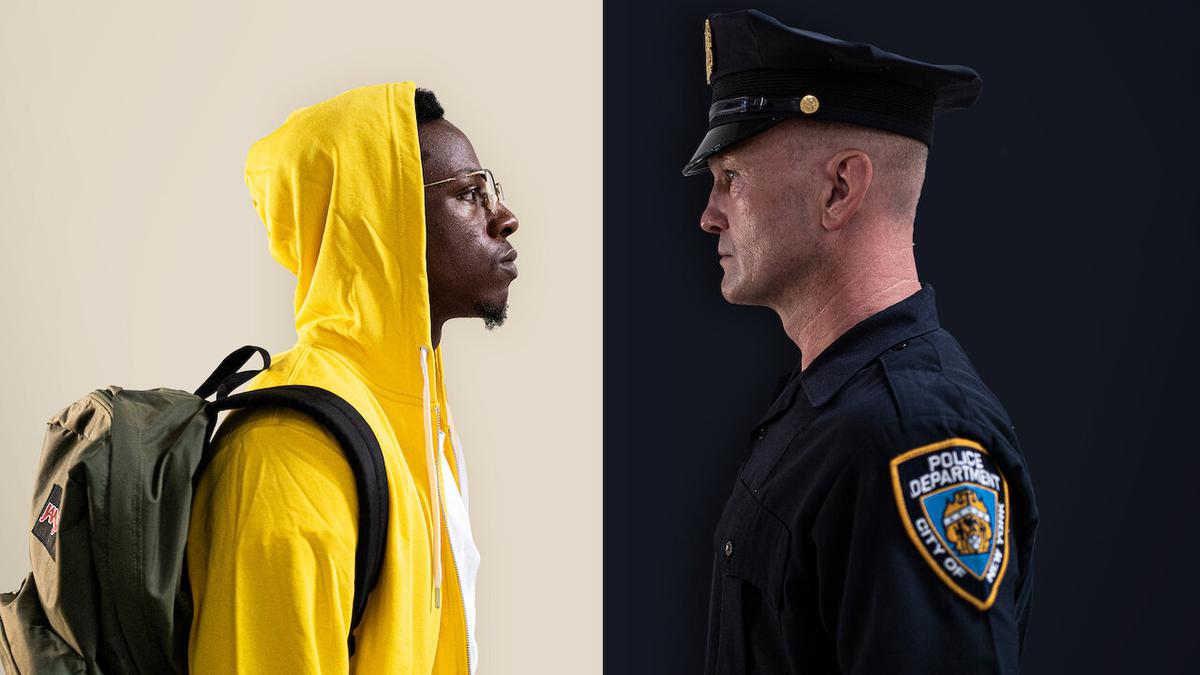 A still from ‘Two Distant Strangers’

Nicolas Becker, Jaime Baksht, Michelle Couttolenc, Carlos Cortés and Phillip Bladh accept the award from different locations across the world, and its presented by the movie’s star himself, Riz Ahmed! 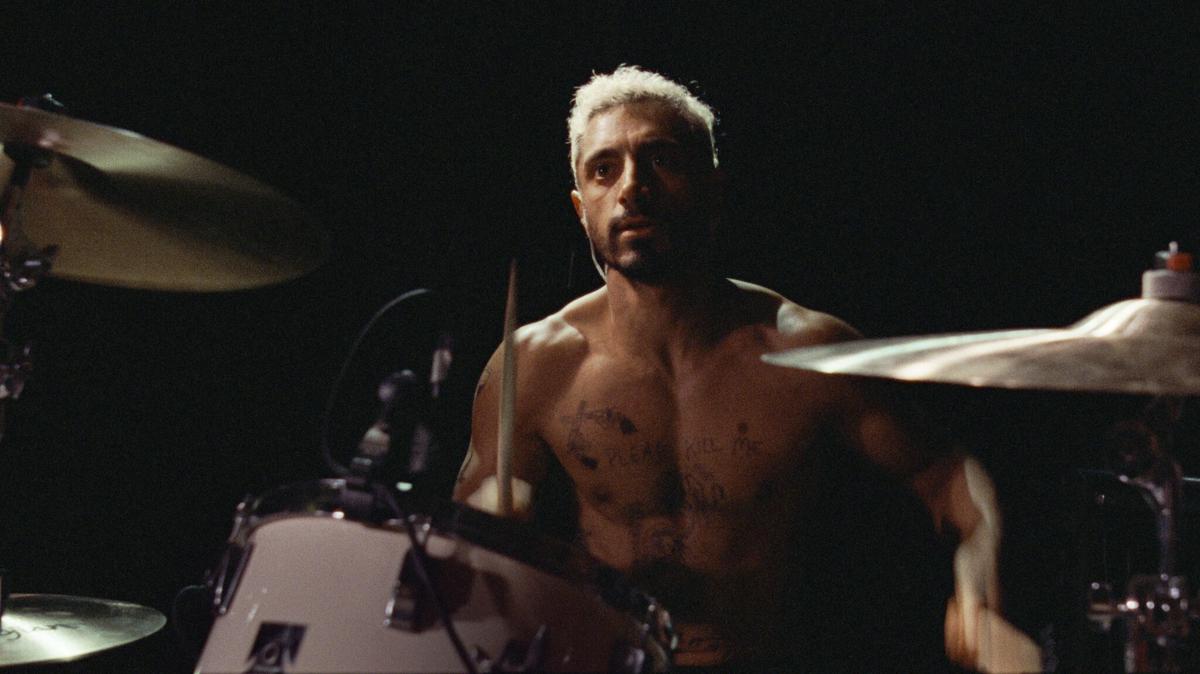 A still from ‘Sound of Metal’

A richly-deserved award presented to the Asian director of Nomadland by Parasite filmmaker Bong Joon-Ho. This could be the most important honour of the night, and one that will set a precedent in global cinema. She becomes just the second woman (after Kathryn Bigelow for The Hurt Locker) and the first woman of colour, to ever win the honour. 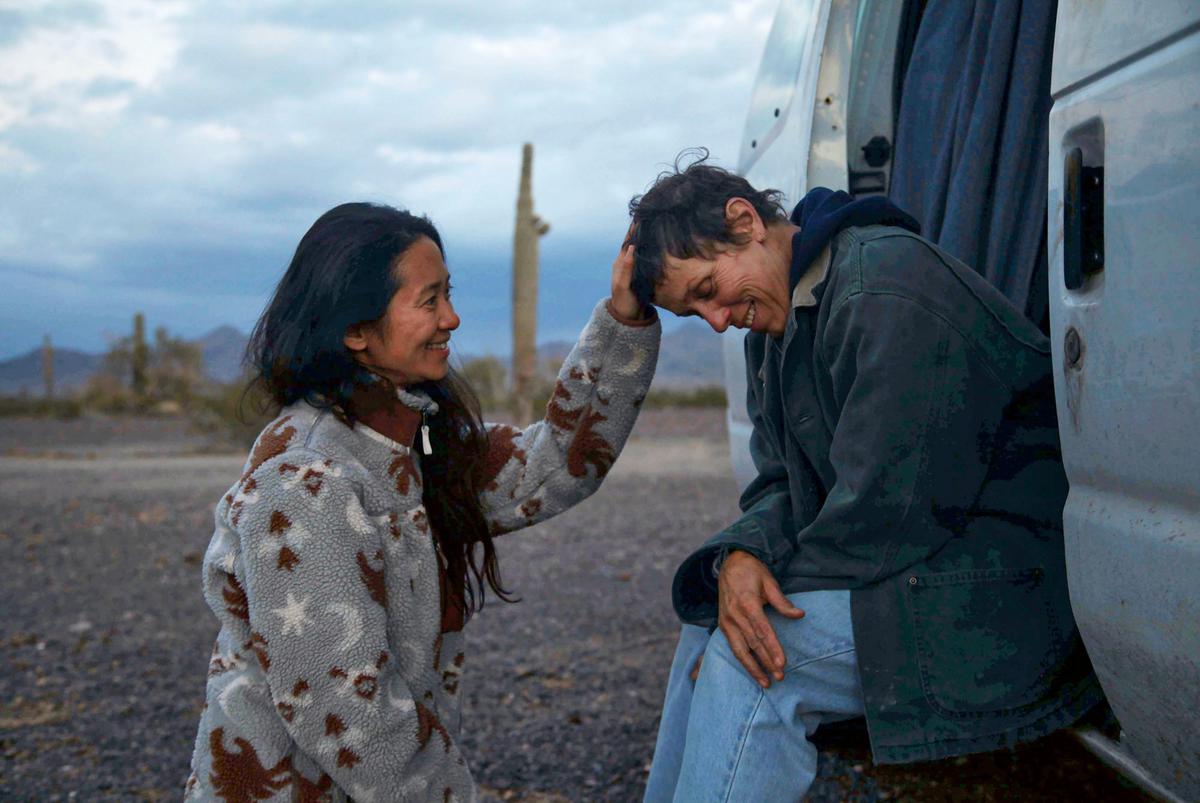 Chloe Zhao on the sets of ‘Nomadland’

Ann Roth wins the award for the George C. Wolfe-directorial, which is now shaping up as a serious contender for the bigger honours as well. In what turned out to be one of the most powerful performances of the year, Kaluuya won for his portrayal of Black Panthers chairman Fred Hampton in Judas and the Black Messiah. 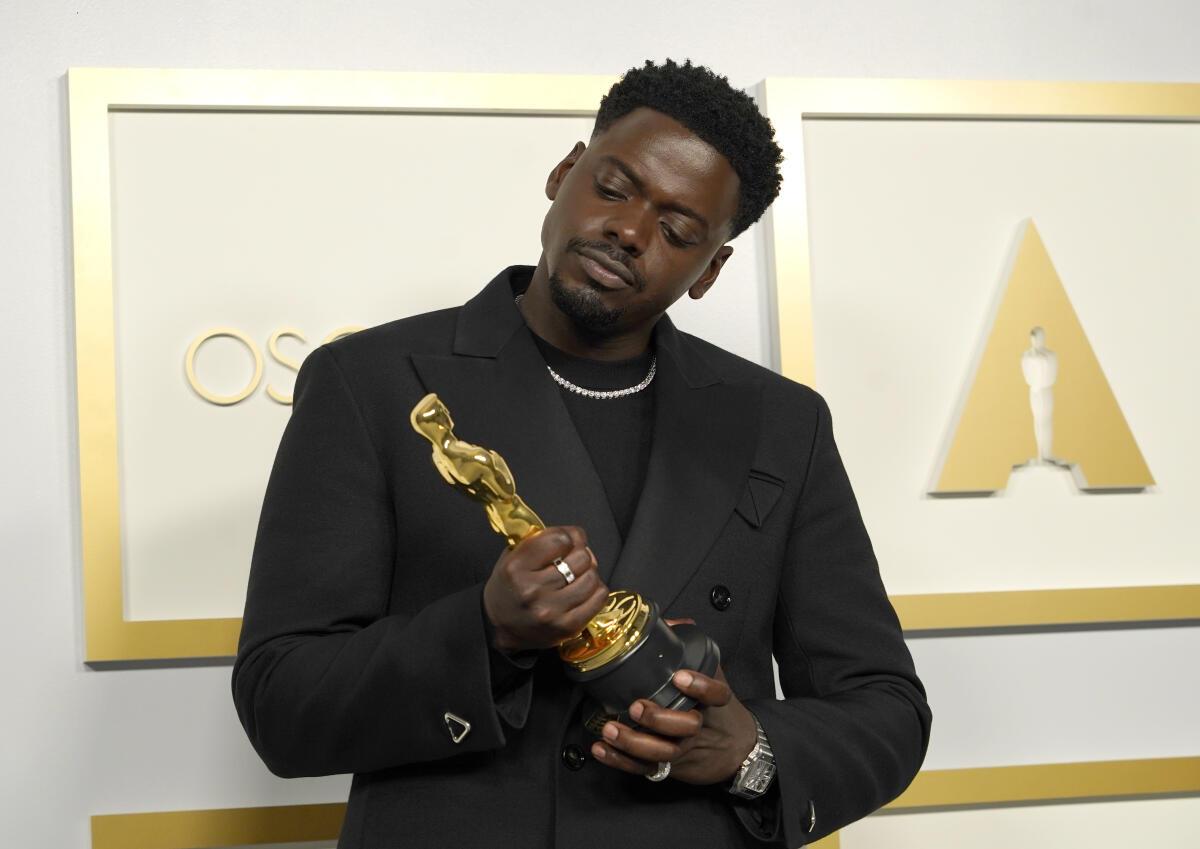 Daniel Kaluuya, winner of the award for best actor in a supporting role for “Judas and the Black Messiah,” poses in the press room at the Oscars on Sunday, April 25, 2021, at Union Station in Los Angeles

Best International Feature: Another Round from Denmark

No surprises with this one. Thomas Vinterberg’s alcoholic-fuelled dizzy ride of a movie wins the prize deservingly. The director is talking about all the production issues they went through to get the film made, but it was well worth it in the end. A still from ‘Another Round’

Anthony Hopkins’ masterclass of a drama wins its first award, beating our other heavyweights in the category like Nomadland‘s and Chloé Zhao and One Night in Miami‘s Kemp Powers. The first Oscar of the night goes to the deliciously dark thriller starring Carey Mulligan, as director Fennel accepts the award, which was announced by Regina King. 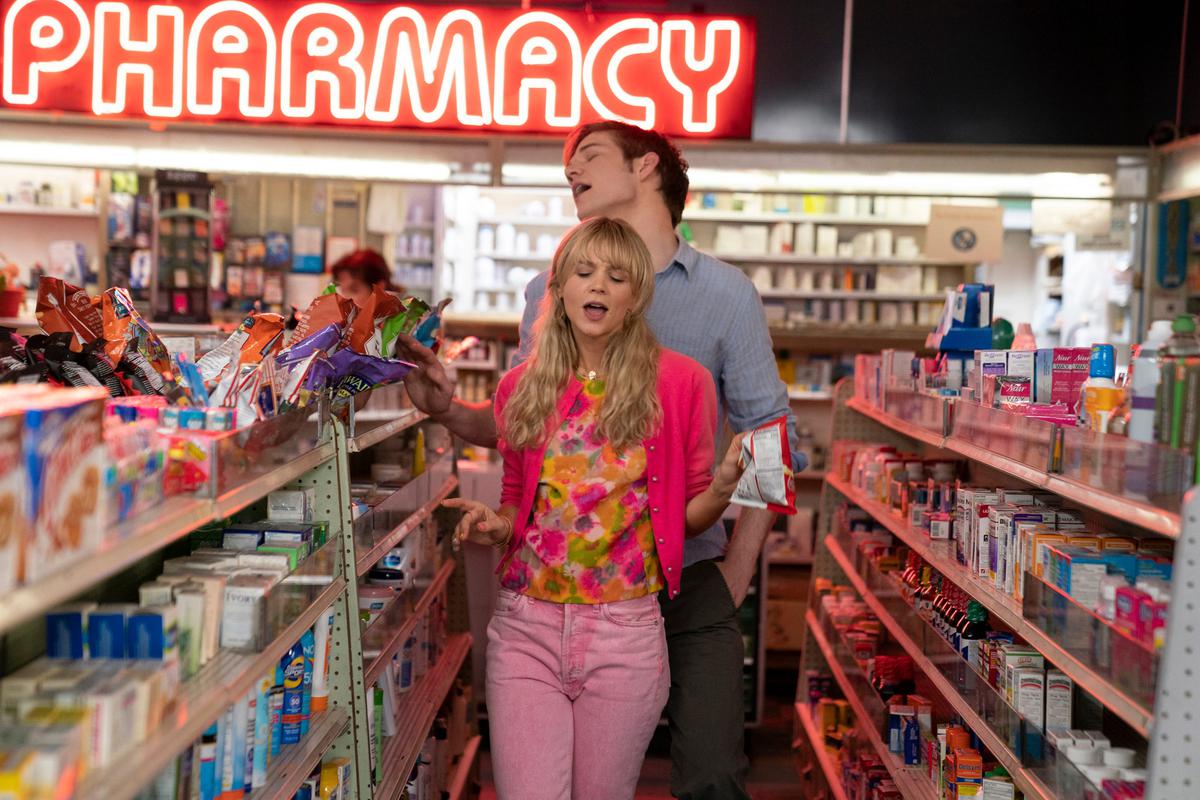