6 Movies dubbed into Telugu on the OTT platform Aha If you are sitting at home wondering what to watch, here are a few movies from Tamil, Kannada and Malayalam film industries that are true family entertainers. These movies have been dubbed in Telugu and can be streamed on Aha, the Telugu OTT platform.

Moothan AKA the elder one was written and directed by Geethu Mohandas. This Anurag Kashyap movie came into international limelight after featuring at the 2019 Toronto film festival. This Malayalam original is available in Hindi and Telugu. Watch this flick for Nivin Pauly’s brilliant performance. Tamil movie Sillu Karuppatti is dubbed as Naarinja Mitha. Directed by Halitha Shameem, this movie revolves around four romantic stories. The movie initially released in the year 2019 and was available to the Telugu audience on Jan 29th, 2021. The journey of a Nigerian footballer joining the Malappuram football club won the National Film Award for Best Feature Film and many more. This Happy Hours Entertainments film was released originally in Malayalam and was dubbed into Telugu.

#4 And the Oscar goes to A young man wants to be a movie director although he suffers a lot of setbacks. This movie is directed by Salim Ahamed and was released in 2019. This Malayalam original film is currently premiering on Aha. 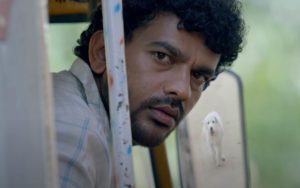 Nenu Naa Nestham is a love story between a dog and an auto driver. The story revolves around the bond the auto driver and the dog share. This Poem Pictures film starring Shivraj Pete and Samyukta Hornad won the hearts of fans and critics alike.

This Malayalam film is the story of a research scholar and a dreamer who dreams and expresses it on a canvas. This Arun Bose direction film initially premiered on Amazon Prime and is now available in Telugu on aha. This romantic mystery starring Tovino Thomas and Ahaana Krishna is one of the must-watch dubbed movies on the OTT platform Aha.