List of recently released OTT movies you have to watch once The content on OTT platforms has had a sudden spurt. Sometimes it may become laborious to decide what to watch. With so much at hand, especially on Amazon Prime and Netflix, it is agonising to choose a particular movie to watch. The rise in the second wave of coronavirus in the country is making many of us stay at home. Make good use of this by spending quality time with your family this April and the coming May. What better than watching good entertaining family movies? Here’s a list of the recently released movies that you can catch upon various OTT platforms in India:

Probably one of the best movies that got released this year is the Malayalam movie Joji. Starring Fahadh Faasil, in the lead, and directed by Dileesh Pothan. It is inspired from Shakespeare’s famous play Macbeth. This is a must watch amongst the set of recently released OTT movies and is available to stream on OTT platform Amazon Prime Video. Saina is the biopic of India’s badminton prodigy, Saina Nehwal. This movie, starring Parineeti Chopra, initially released in theaters on 26 March 2021. It is now officially streaming on Amazon Prime Video (released on 23 April). Directed by Amol Gupte, the movie was received well by the critics. The story showcases the struggles that Saina Nehwal had to face to reach the heights of her career. A Netflix Original movie that you must catch up on the OTT platform. Ajeeb Daastaans is an anthology produced by Karan Johar’s OTT production house Dharma Entertainment. The four short movie segments are directed by Shashank Khaitan, Raj Mehta, Neeraj Ghaywan and Kayoze Irani respectively. It consists of unexpected storylines that would give you goosebumps in the end. A heartwarming and stunning plotline, this recently released movie is a must watch on Netflix. Our pick is “Geeli Pucchi” starring Konkana Sen Sharma and Aditi Rao Hydari in the lead. Naveen Polishetty starrer Jathi Ratnalu is, no doubt, the best Telugu comedy produced in the industry this year. This movie was well received by the audience globally as well as by the critics. This recently released laugh riot of a movie is a must watch on the OTT platform Amazon Prime Video. The impeccable performance by the cast, with a flabbergasting comical script, make it irresistible to watch. It is a romantic tale set in a world of patriarchy and casteism. Uppena stars Vijay Sethupathi, Varun Tej and Keerthi Shetty in the lead. Basically, this love story between a fisherman’s son and a zamindar’s daughter forms the main plot. It is a must watch; especially for the performances and musical score of the movie. It is streaming on Netflix. 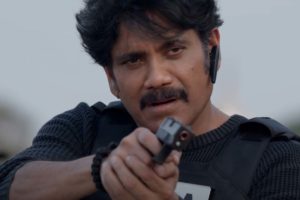 Streaming on Netflix from 22 April is the Nagarjuna starrer Wild Dog. Commemorating Indian soldiers, and their bravery, this is an exciting movie. This action thriller, which is based on true events, is directed by Ahishor Solomon. If you are a sucker for army-based movies, Wild Dog is a perfect suggestion. Watch out for the great performances given by the cast. The most underrated movie of the year is this Malayalam drama, The Great Indian Kitchen. Written and directed by Jeo Baby, it focuses on the story of a newly wedded couple. Baby, through his movie, portrays the theme of patriarchy in Indian households. He manages to capture the struggle of a capable woman stuck in an arranged marriage. This enchanting must watch movie is now streaming on Amazon Prime Video. The most anticipated movie of the year was the Christopher Nolan directorial Tenet. Having an ensemble cast including John David Washington, Robert Pattinson, Elizabeth Debicki, and Dimple Kapadia, it is a treat for every movie buff. It is available to stream on Amazon Prime Video. Apocalyptic films are a favourite for both children and adults. Directed by Michael Matthews, Love and Monsters is a monsterpocalypse movie. It would be an absolute treat to watch this movie with your family. Streaming now on Netflix, it is on the top ten trending list in India.

How To Train Your Dragon, The Hidden World The third sequel to the How To Train Your Dragon series is a present for all the animated movie fans. The last tale of Hiccup and his mighty dragon Toothless. Keep your tissues ready to cry at the end. This movie is officially streaming on OTT platform Netflix. Bollywood movie Pagglait, is one of the best releases of 2021. Produced by Balaji Motion Pictures, it stars Sanya Malhotra, Sayani Gupta, and Shruti Sharma in the leads. It focuses on a widowed wife who is unable to grieve upon the death of her husband. Her discoveries about her late husband, her emotions, her reaction and the climax, altogether bind for a great movie. It is one of the few entertaining movies that has recently released on the OTT platform Netflix and can be watched with family.