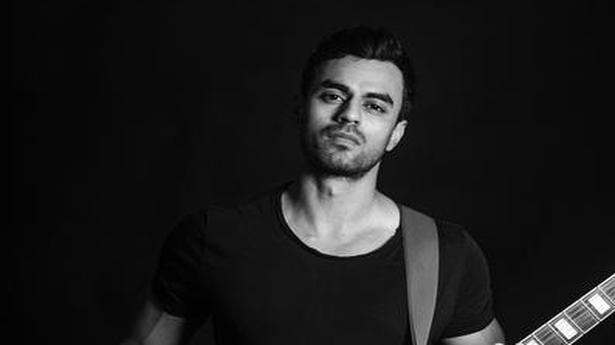 Five years ago, Saahas Patil was awaiting his turn at an open-mic night for singer-songwriters at State Social House, a chic gastropub on Sunset Boulevard, California; there were 10 others in the line-up.

It was his first live gig after he moved to the US in 2015 to study music although he wasn’t new to live gigs. Saahas had been the lead singer for the Bengaluru-based independent pop-rock band Allegro Fudge, so he was more excited than nervous. He was scheduled for 15 minutes in which he planned to sing an original composition and two covers. Once he got on stage however, he was struck by a strange feeling.

“It was just so unfamiliar. The people didn’t know me and I didn’t know them. In India, there is always some familiarity. You never feel like you are out of place. As I was trying to play my song, I was like ‘What am I doing here?’ I felt so alien,” he says, trying to recall that evening.

That feeling of alienation grew into an unpleasant phase. “I felt disillusioned. I didn’t know what I was doing with my life… 10,000 miles away from home with two suitcases, a guitar and a dream,” he adds.

But this phase taught him an important lesson. “When people don’t know who you are, then all that is left is your guitar, your songs and your ability to entertain a crowd. If that is not good, then you know you have to work on it. If it is good, you know you have something,” says Saahas, who adds that he now feels grateful for that phase.

So he wrote a song about it in 2017 titled ‘California’. With his guitarist friend Rajan Chelliah, he came up with a tune, but he got busy and the song was put on the backburner. When COVID-19 halted work, Saahas returned to it, and with the help of producer friend Navneet Rao he recorded the track finally.

‘California’, a breezy yet sad song of unrequited love for a place, is a part of Saahas’ debut EP, The Grays, which is out on major music streaming platforms.

Apart from recording and performing, Saahas also works as a songwriter for other artistes and DJs. In 2018, he collaborated with Russian producer Vlegel for the song ‘Don’t Stop’, which got over half a million streams. He has also worked with film composer Anthony Darlak in Unreal Estate and Long Island Wolf, which have been shortlisted to be screened at multiple festivals around the world including the New York International Film Festival.

Saahas is now working on his début album which he aims to release in late 2021. He is also looking forward to performing live in India and the US, where he no more feels like an alien.