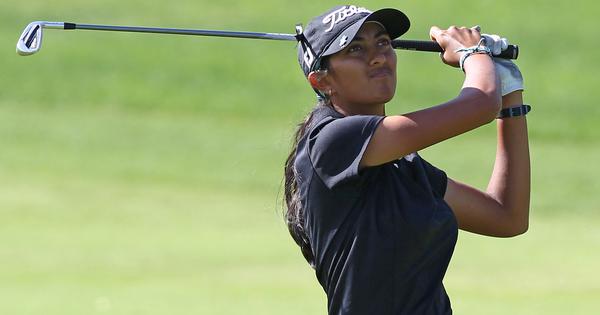 India’s Aditi Ashok missed a number of makeable putts as she carded even par 71 to make the cut at the Hugel Air Premia LA Open on the LPGA.

Aditi, the only golfer from her country with current playing rights on the world’s biggest Tour for ladies, is now one-under 141 and Tied-40th after 36 holes.

She had just one birdie and one bogey and parred the remaining 16 holes on a day when she needed 30 putts to go through the round.

The 23-year-old from Bengaluru was better both in terms of finding fairways and reaching the greens as compared to the first day but she was found wanting on the greens.

This is the sixth successive cut for Aditi in 2021, but she has not finished better than T-23 at LPGA Drive On Championship.

Meanwhile, Jessica Korda, who opened the week with a tournament record of 64 added 65 in the second to get to 13-under and three shots clear of second placed Jin Young Ko (67-65). Fellow South Korean star Sei Young Kim was nine-under after 66.

Korda, who won the season-opening Diamond Resorts Tournament of Champions in January, saw sister Nelly Korda follow up with a victory a month later in the Gainbridge LPGA.

Lydia Ko, the winner last week in Hawaii in the Lotte Championship at 28-under 260, missed the cut with rounds of 78- 68.

Also missing the cut was Patty Tavatanakit (75-71), making her first start since winning the ANA Inspiration for her first major title and first LPGA Tour victory.