Pastor Greg Laurie: No, the COVID Vaccine Isn’t ‘the Mark of the Beast’ 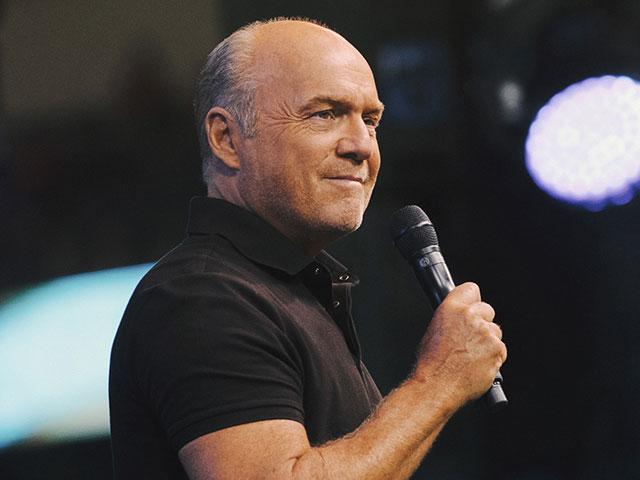 California-based Pastor Greg Laurie spoke this weekend directly to those who might be concerned the COVID-19 vaccination could be “the mark of the beast.”

Delivering a sermon Sunday on the New Testament book of Revelation, the Harvest Christian Fellowship preacher put to rest any spiritual concerns his congregants might have about getting inoculated against COVID-19.

He addressed the issue again in a video posted to social media Monday.

Is the COVID vaccine “The mark of the beast?”
Short answer- No.
Here’s why- pic.twitter.com/5v5zNbr1Hs

In the clip, Laurie explained why he’s confident the COVID-19 vaccine isn’t “the mark” referenced in Revelation 13:16-18, in which the Apostle John writes:

Also it causes all, both small and great, both rich and poor, both free and slave, to be marked on the right hand or the forehead, so that no one can buy or sell unless he has the mark, that is, the name of the beast or the number of its name. This calls for wisdom: let the one who has understanding calculate the number of the beast, for it is the number of a man, and his number is 666.

“When people take the actual mark of the beast, which, of course, is 666, they will know they’re taking it, because you will have to pledge allegiance to the antichrist,” he said. “So there can’t be a mark without an antichrist. And the antichrist cannot be revealed until Jesus Christ returns for His church and catches us up to heaven.”

Laurie, who said the technology for “the mark” is “effectively here,” predicted it “will be very popular” and “all the celebrities will post on social media, ‘I got the mark. What about you? Come on. It’s cool. Do it.’”

“But listen,” he cautioned, “we’re not there yet. So don’t spend your time worrying about if you’ve taken the mark or who the antichrist is. It’s not revealed yet. Focus on Jesus Christ and following Him.”

During his sermon, Laurie said it’s “pointless” to try to identify what “the mark of the beast” is or could one day be.

“The mark of the beast is future, not past or even present — yet,” he preached. “The mark is a visible, literal brand of sorts. The mark will be given as a sign of devotion to antichrist and as a passport to commerce. And here’s the thing: you’ll know it when you’re getting it.”

He did add, though, it is “clear” no generation “has been closer” to Jesus’ return.

Laurie’s comments come a couple weeks after Rep. Marjorie Taylor Greene (R-Ga.) suggested via Facebook Live that vaccine passports — requiring people to prove they’ve been vaccinated against COVID-19 in order to gain entry into certain spaces — is President Joe Biden’s “mark of the beast,” calling the phenomenon “disturbing and not good.”

She condemned the idea of vaccine passports as “corporate communism.”

New York State has already implemented what it is calling the “Excelsior Pass,” which can be used by certain venues to approve or deny access to anyone based on whether they’ve been inoculated against COVID-19.

While the White House is developing guidance for how private companies can implement such verification systems, Biden’s press secretary, Jen Psaki, said earlier this month the federal government is not involved in mandating any such measure.

“The government is not now, nor will we ever be, supporting a system that requires Americans to carry a credential,” she told reporters. “There will be no federal vaccinations database and no federal mandate requiring everyone to obtain a single vaccination credential.”

“Our interest is very simple from the federal government, which is Americans’ privacy and rights should be protected so that these systems are not used against people unfairly,” Psaki added.