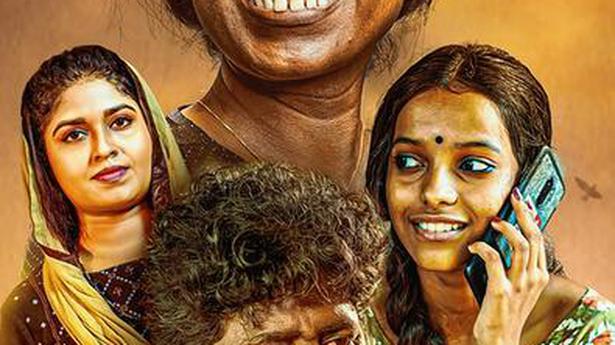 A WhatsApp group made up of film technicians, actors and film aspirants in Kerala called Vellithira (meaning silver screen) pooled in their resources and have made a short film titled Kaakka, which is now streaming on the OTT platform Nee Stream.

Formed in 2016, this WhatsApp group has 256 members and is as much a resource as it is a means of networking.

Before the pandemic outbreak, the members of Vellithira had been toying with the idea of producing a film. However, that plan fell through when the lockdown started. “We had no clue when and how theatres would open. That is when the short film idea came up and I pitched my story,” says the film’s director Aju Ajeesh.

“The film was made with the money we raised as donations — ranging from ₹500 to ₹30,000 — from our members. We raised close to ₹3 lakh; none of us (cast and crew) took any payment for the work. All the money was spent on accommodation, food and equipment,” Aju adds.

Initially, the plan was to make a feature film with the story of Kaakka, but the team of writers, including Aju, Gopika K Das and Shinoj Ennikkal, felt it was more suited as a short. “Everyone who has been a part of this project has worked in the film industry. Kaakka has been made like a feature film and for a theatrical release; we have not compromised on anything. We even used dental prosthetics for the lead character,” Aju adds.

Kaakka pivots around Panchami, a woman who is not confident about her looks. “We did not just want to look at the politics of colour, we wanted to show her point of view… which is the result of her experiences of not looking like the conventional notion of ‘beautiful’. It is her perception of herself ,” says Aju.

He clarifies that though the film is called Kaakka (Crow), it is not a reference to Panchami’s complexion. Instead, it indicates how she sees herself as being invisible, similar to crows who — according to Panchami — also go unnoticed. She is not a victim, but a confident woman who hides her insecurities behind the facade of being quick-witted. For instance, she jokes that her father’s love of black tea resulted in him and her being dark complexioned.

The plot takes place amid the pandemic. Panchami complains that the money kept aside for her dental treatment was spent due to COVID-19 as it caused a dent in the family’s income. Her closing monologue is poignant. “The best part of the pandemic is that I can smile freely. This is the first time in my life that I have been able to do this. You see, nobody can see my teeth or my face under the mask and judge my looks or smile,” she says in the film.

A former wedding videographer, Aju has made three short films before — Bra (Malayalam), Psycho (Tamil) and a COVID-19-related short titled Kunnikuru (Malayalam). He sees Kaakka as his stepping stone to the Malayalam film industry.