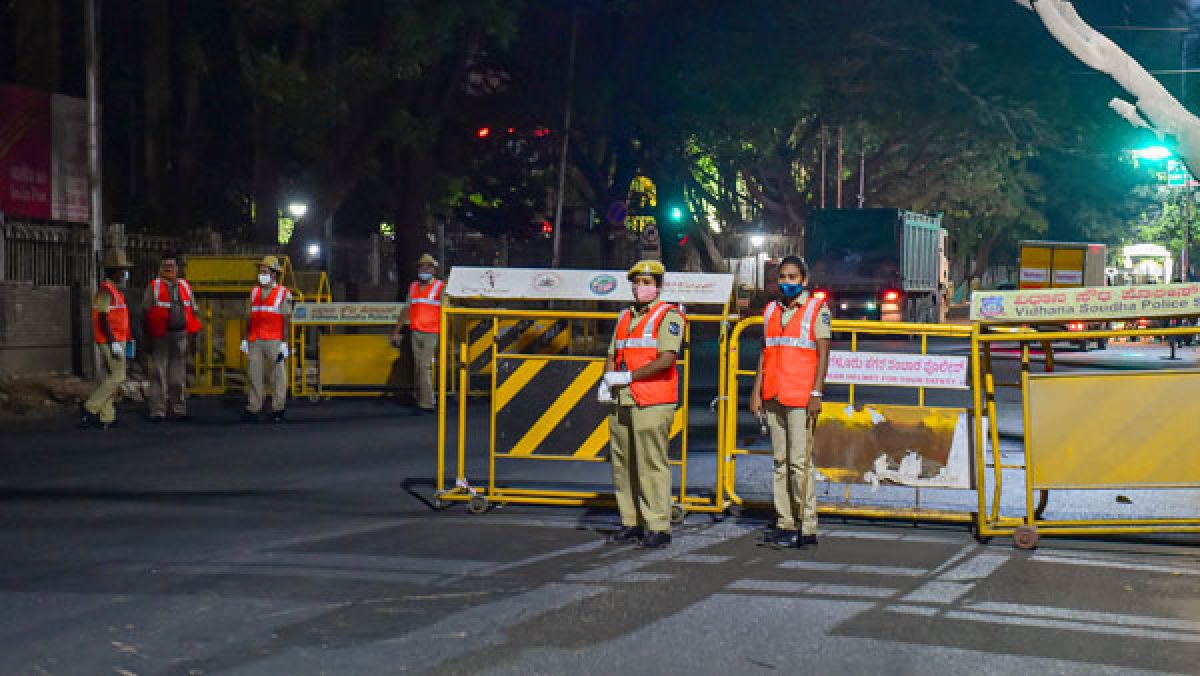 Bengaluru, Apr 20: Karnataka Health Minister K Sudhakar on Tuesday said Bengaluru has emerged as an epicentre of coronavirus cases in Karnataka and there was a need to work on a war footing.

Speaking to reporters here, he said, “Bengaluru is the epicentre of Karnataka.

If you see the total cases, at least 70 per cent are reported in Bengaluru.” He was replying to queries on the all-party meeting to be chaired by Governor Vajubhai Vala.

Chief Minister B S Yediyurappa will attend the meeting virtually as he has got reinfected by the virus and is undergoing treatment.

Sudhakar said there will be discussion on Bengaluru and seven other districts, which have been designated as sensitive zones in view of the alarming rise in COVID cases.

He added that the government will seriously consider constructive suggestions by the opposition leaders such as Siddaramaiah, Congress state chief D K Shivakumar and JD(S) leader and former chief minister H D Kumaraswamy.

According to him, the meeting has been convened because everyone has a role to play in this pandemic season and it should not be left to the government alone.

Delhi Lockdown rules explained: What is permitted? Can one go for a haircut?

To a question on opposition”s accusation that the government has miserably failed in managing the situation, Sudhakar said, “We have to be battle-ready for this war. We have to strive to protect people and their lives. This is where our focus should be.”

He, however, said, “We are unable to provide more number of ICU beds to the patients due to the rising coronavirus cases.” The minister also pointed out that India alone was not confronting the shortage of beds but the entire world, including the most advanced nations.

“Why is the death rate high in America and Europe? Is their health system there in disarray? This is a major pandemic spreading rapidly across the globe, which we had never seen before,” Sudhakar said.

He underlined that infrastructure can still be created but the army of doctors and nurses cannot be raised overnight.

To another question on stringent measures to contain COVID-19 surge, Sudhakar blamed people for the current situation stating that if they had strictly followed the norms, there was no need for any lockdown or night curfew.