‘Who is Baul?’ documentary delves into the philosophy of Bengal’s musical mystics 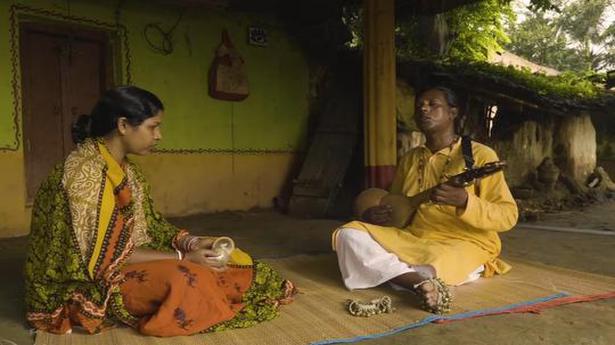 Sairam Sagiraju’s documentary — Who is Baul? — delves into the centuries-old philosophy of Bengal’s wandering musical mystics

Four years ago, filmmaker Sairam Sagiraju, Grammy-winning composer Ricky Kej, and historian Vikram Sampath set out to document music traditions in India. They decided to begin the project with the Bauls of Bengal. The mystic singing minstrels living in rural West Bengal and Bangladesh have a big influence on Bengali culture, especially on the works of one of the land’s most famous sons — Rabindranath Tagore. The Baul songs are also listed under UNESCO’s Intangible Cultural Heritage of Humanity.

Once Kej and Co started the project, however, they realised that telling the Bauls’ story shouldn’t just be a segment of their work.

“They have a tradition that is over 1,000 years old. Incredibly, they have been passing on their philosophy through songs and music — they don’t have any written text. And, they use music as a path to spirituality, a path to God. So, we thought we should go deeper into their story,” says Kej over a phone call. The 54-minute documentary (directed by Sagiraju and produced by Kej, Sampath and Rajib Sarma) begins with the titular question — Who is Baul? — posed to a few people in Bengal.

A pump attendant, who is from Bihar, says he is unaware. A cab driver says it is a song. A girl says it is a culture in villages. They wear orange clothes, she adds. Another middle-aged man sings a Baul song.

From these sketchy details, the documentary soon enters the world of the Bauls.

One clan, many forms

Bauls are primarily identified by their music — loud vocals accompanied by an ektara (a single-stringed instrument) and a khomok (hand-drum). They are musicians wandering through villages, singing in trains and tea shops, living on alms. The music and appearance of the Bauls have transmuted over the years. There are now renowned paid performers. Not all wear ‘orange clothes’.

What has not changed is their philosophy — of the moner manush or the inner man. A guitar-wielding young Baul says, “For me, someone who searches for inner knowledge is a Baul.” The Bauls believe their goal is to discover the moner manush, which might take a lifetime. This pursuit is spiritual but seldom religious. Some Bauls stay in temples, sing about Hindu gods like Krishna but they are atheists, to whom divisions of caste and religion don’t make sense.

“Mixing elements of Sufism, Tantra, Vaishnavism and Buddhism, they revere the Gods and visit temples, mosques and wayside shrines, but only as a road to enlightenment, never as an end in itself,” writes historian William Dalrymple about the Bauls in an essay in The Guardian.

Co-producer Sampath says in the documentary, “The mysticism of Baul music, the social critique that they offer, and the constant poking of fun at societies and hypocrisies — that is what lends this music to any kind of adaptation. You can have a sanyasi Baul in Birbhum singing with ektara; it also finds as much reference in an urban setting. Because there is nothing puritanical about it. The very existence of Bauls is being an iconoclast. So, nothing is sacrosanct.”

The documentary is rich in music. There is a Baul song every 15 minutes or so with lyrics about humanism. “It was quite challenging to compose a score, which is completely in line with the Baul music. You not only had to learn the music of the Bauls but also understand the thinking behind the music, its lyrical content and its emotion,” explains Kej.

Aniket Nandi, one of the Baul musicians featured in the documentary, says, “The Baul philosophy and Baul music are not two different things. The gaan (song) and gyan (wisdom) are the same. All the knowledge is stored in the songs.”

Filmmaker Sagiraju recalls his interaction with Nanda Babaas his most memorable moment in the 100-plus days he spent making the documentary. Nanda Baba, a reed-thin, bare-chested man with a dirty white beard says in the middle of the documentary, “You can’t find moner manush merely through singing. You can find him only through meditation, focus and spiritual training.”

This explanation, Sagiraju tells me, changed the course of the documentary. “It suddenly became more than just music and tradition.” From then on, the focus was on the philosophy propagated through songs over centuries.

Sagiraju, however, admits it is difficult to answer the question posed by his documentary in a nutshell. “The philosophy itself is quite vast. But what they try to tell us through their songs, through their lives, is to shatter all sorts of divisions in society, whether it is caste, creed, religion, gender. They shatter all these divisions. They live as one in pursuit of the moner manush.”

The documentary was screened at Indian Music Experience museum on March 28. The makers are planning to release it on OTT platforms within a year.