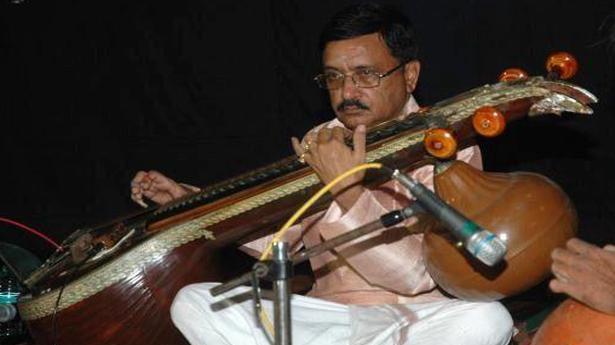 Son of the late Sulochana Pattabhiraman, eminent musician and musicologist, he was a member of the Executive Committee of The Music Academy.

Gentle giant… that would best describe P. Vasanth Kumar, musician, mentor and writer, who passed away on Saturday. He was 68.

He is survived by his wife, a son and daughter.

Son of the late Sulochana Pattabhiraman, eminent musician and musicologist, he was a member of the Executive Committee of The Music Academy. It was in the company of the seven notes that he grew up, literally, imbibing the best from veterans.

He carried his scholarship with aplomb and rare humility. A dedicated teacher, he imparted his knowledge holding nothing back, very much like his mother. After her demise, he took her young disciples under his wings, making the transition smooth. He not only nurtured talent, but helped merit find platform.

A reliable resource person for The Hindu Friday Review, he contributed flawless write-ups. His radar would pick up any mistakes in reports on music.

A gifted disciple of the doyen Pitchumani Iyer, Vasanth Kumar was a torchbearer of that pristine legacy, his veena producing pure melody. A connoisseur of all styles of music, he was an ardent fan of MLV. “It turned out that we named him perfectly,” chuckled his mother once, talking about Vasanth’s adoration of the genius.

“He had details about MLV’s concerts on his fingertips,” says violin exponent Kanyakumari, for whom Vasanth was like a brother. He had an encyclopaedic knowledge of music to whom we could turn to clear any doubt,” she says.

“I have lost a genuine friend and an honest critic of my music,” says Sudha Ragunathan. “His large heart and open mind made him appreciate good music, irrespective of the parampara,” she adds.

Recording his condolences on social media, historian V. Sriram said “Carnatic music has lost a scholar and fine vainika in the passing of P. Vasanth Kumar, for long a committee member of the Music Academy, and above all a dear friend of mine… At the Madras Music Academy he was a committee member who knew his music theory and put it to good use.”