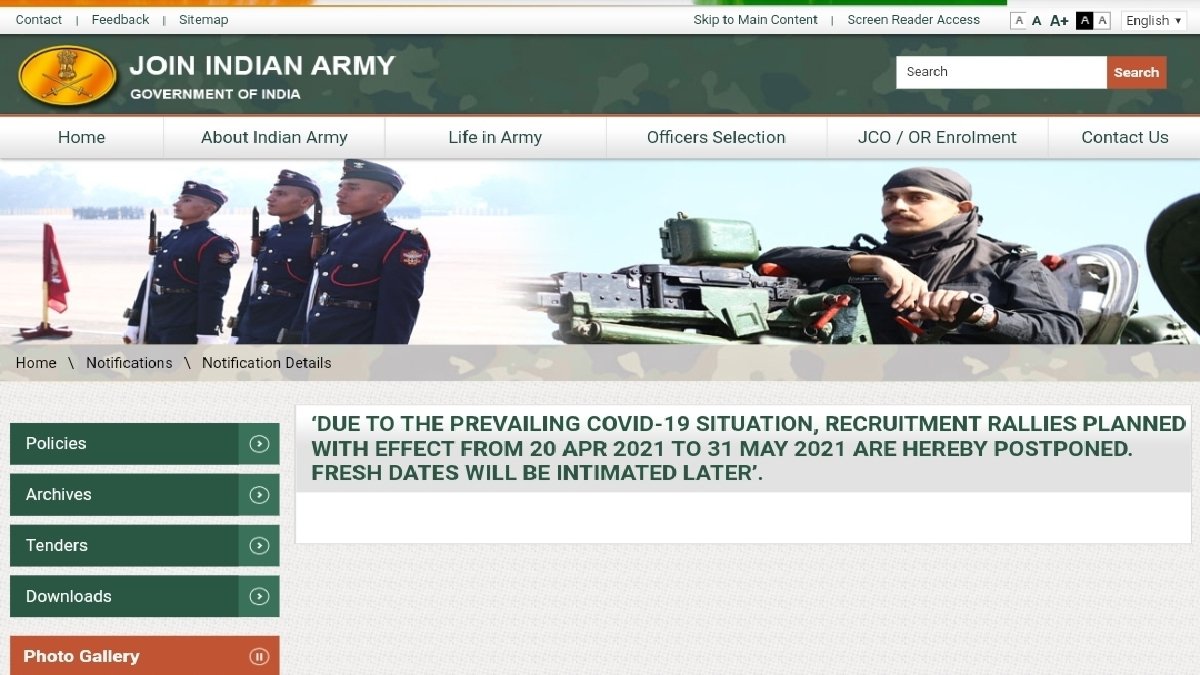 According to the official notice released on April 16, 2021 at the website joinindianarmy.nic.in, recruitment rallies that were to be held from 20 April, 2021 to 31 May, 2021 have been postponed with immediate effect.

“Due to prevailing Covid19 situation, recruitments rallies planned with effect from 20 April 2021 to 31 May 2021 are hereby postponed. Fresh dates will be intimated later”, official statement of Indian Army reads.

Indian Army was to conduct recruitmemt rallies in Rohtak, Aizawl, Guntur, Alwar, Muzaffarnagar, Una, and Karnataka from 20 April to 31 May.

Read: All about Indian Army Rallies that were scheduled in April-May21

Candidates who have registered for the said rallies will be intimated later for the schedule and admit cards. Applicants are asked to keep visiting the website from time to time.