10 of Vivekh’s most iconic comedy roles in Tamil cinema 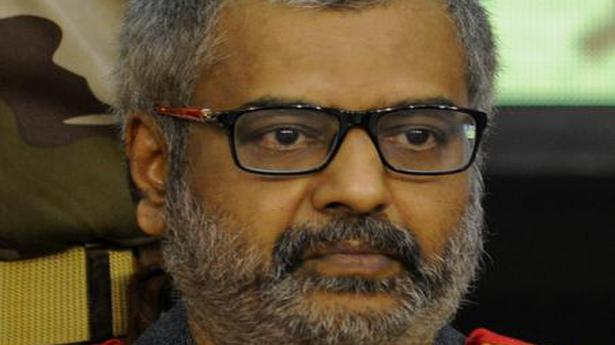 The late actor Vivekh has given Tamil audience plenty of reasons to ROFL during a three-decade career. We recount a few in a tribute

A pall of gloom has descended on the Tamil film industry — and people like us who consume movies for entertainment — following the untimely demise of comedian-actor Vivekh at the age of 59. It is a hard pill to swallow considering the man more than once managed to succeed in making us laugh our hearts out to his antics on screen.

His brand of comedy — unmatched as it is — most often involved a commentary-style criticism of things that burden or impact society; the criticism, however, came mixed with self-deprecatory or slapstick humour. Vivekh was also a master at imitation, having played characters that represent a stereotype or are modelled on famous names in Tamil cinema.

Vivekh’s contributions to Tamil cinema has been acknowledged by the Government of Tamil Nadu numerous times, and his characters — impactful as they were during the time — remain deeply embedded in Tamil society’s memory fabric. Here, we remember the comedian and actor by rewinding the clock and looking at 10 of his iconic roles from among the many he brought to life on screen.

Disclaimer: This list is in no way a definitive collection of Vivekh’s best works, but is only intended to serve as a tribute to a departed screen legend.

As Kandasamy, the medical college student/son of the local MLA, Vivekh delivered perhaps the most iconic of comedy dialogues ever delivered in Tamil cinema in the new millennium.

Ringing up the late Dr Mathrubootham at midnight and asking him: “Neenga verum Das ah, illa Lord Labakku Das ah?” cracked up a generation of Tamil movie buffs, and continues to do so till date. His many gags after exposing his derriere to burn injuries was also one of the key reasons that made this film at least watchable.

As a film, Lovely wouldn’t exist for Tamil movie buffs if not for the intervention provided by Vivekh. Playing Azhages aka Al Gates, Vivekh’s run-ins with the ‘Monkey gulla’ group — and the laughter-inducing BGM every time they turn him into pulp and drop him on a hospital bed — was a hoot.

This one is iconic for it was one of the few original ideas to have been made into a funny sketch in Tamil cinema. As Arivu, the man who has ‘thannila gandam’, Vivekh would narrowly escape instances that put him in imminent danger because ‘Water’ is out to get him.

The film sees him poke fun at ‘computer josiyam’ — a fad at the time as computers and Internet started gaining popularity in India — but when Sivagami computer finally has its revenge, we are treated to a breathless monologue by Vivekh.

One of the best roles in his career, Mohan — Vivekh’s character in the movie — also earned him a Tamil Nadu State Award for Best Comedian. Mohan’s troubles begin when he sets off to Chennai in search of his friend Siva (Madhavan). 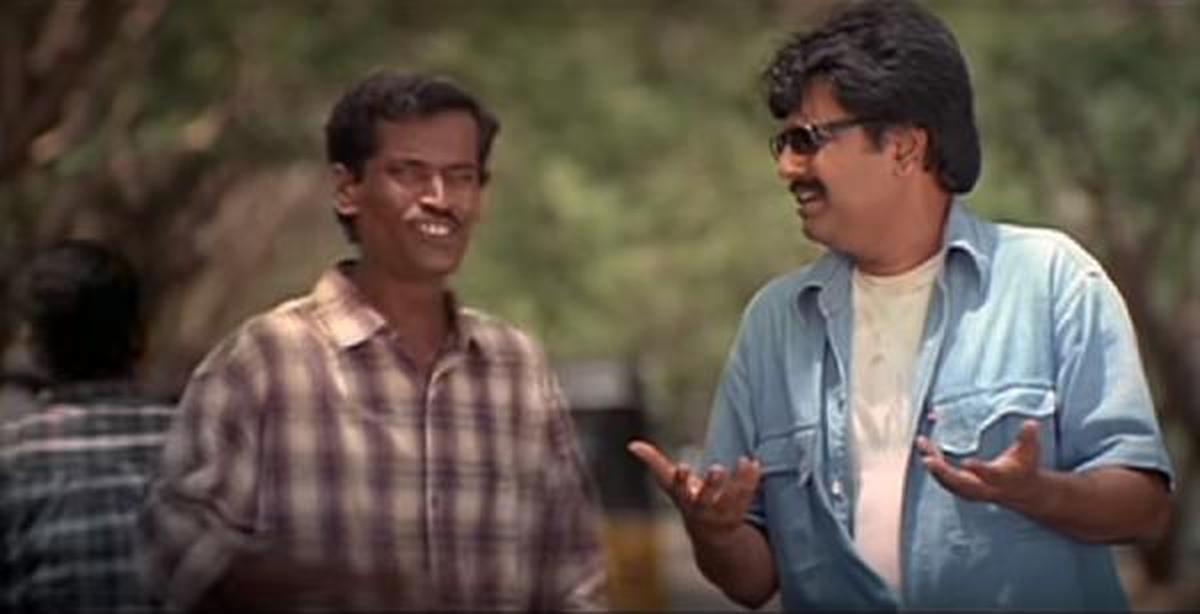 He learns not to trust people in the big city when he loses his suitcase full of money and contacts; he learns not to eat ₹5 biryani because it may have been cooked with a different bird; he learns that Cooum is not really a river and finally he figures out the ‘best way’ to make a living after draping himself with a ‘paavadai’!

Run was a runaway success upon release, and so was the man who gave us the laugh track that helped keep backs glued to the seats.

This film had a disastrous debut at the box office. But the combination of Vivekh with ‘Sathappan’ Nandakumar (the actor played Sathappan in the TV soap Annamalai, which was his claim to fame) — their second association in films following Run — ensured good laughs all around. 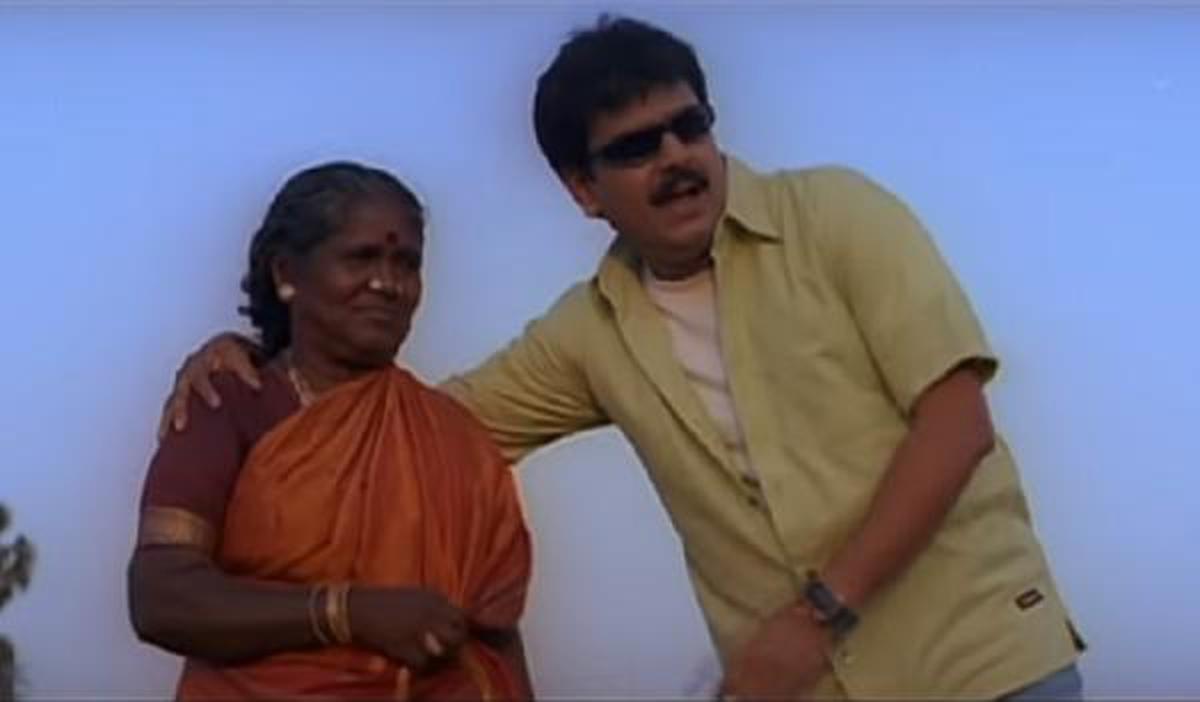 Vivekh played ‘Super’ Subbu and the actor was back in a familiar capacity, doling out advice and sensitising the community where the skits happen. There was commentary on the qualification of Panchayat heads who gave ‘verdicts’, there was a sharp dig at overpopulation and lack of contraceptive usage among the public, and even Jallikattu wasn’t spared.

Playing a Brahmin character, Vivekh was once again in commentary mode but this time the targets of his criticism covered more serious issues — caste, the continuing conflict between Saivites and Vaishnavites, marginalisation of the underprivileged etc.

The most perceptive skit — among the many that made the laugh track in this otherwise action film iconic — happens during the Independence day celebrations; the actor launches into a monologue and verbally brings down the group of people who won’t include children from another community “though they would eat the produce they make” — in ‘Kudumi’ Venkatraman’s words.

Whilst comedy has evolved in Tamil cinema, actors like Vivekh (his peer Vadivelu and the generation before him that includes artistes like Goundamani and Senthil) benefitted largely from films allocating 20 or so minutes of its runtime for a standalone humour track led by an ace comedian. Whistle was one such film. The film didn’t set the cash registers ringing, but Vivekh hit the jackpot with his portrayal of Auto driver Sahadevan. 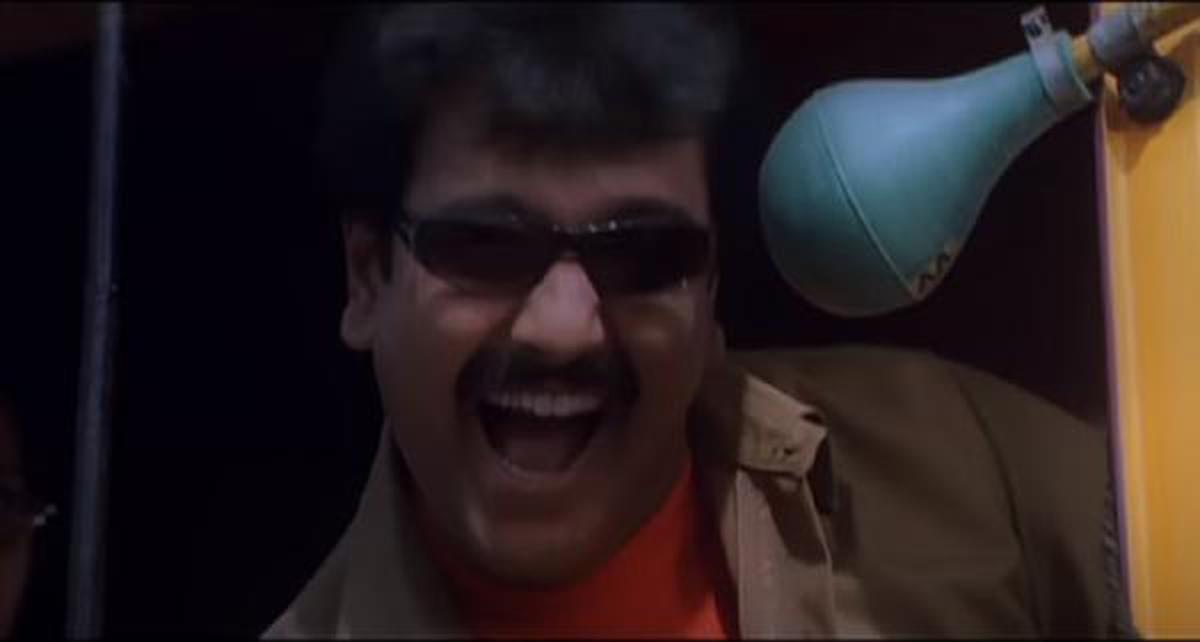 After he gets struck by high voltage electricity, Sahadevan magically gains the power of being able to hear women’s thoughts (inspired from the Hollywood film starring Mel Gibson, What Women Want). As he stumbles from one woman to another — and one devious thought from another — Sahadevan carries the burden of entertaining the audience who had come to watch a horror film; and he did so with aplomb!

One of the most iconic characters in Tamil cinema, Vivekh played Inspector Das in this small budget film. However, the success of Das’ comedic talents made this film into a highly profitable venture for its producers.

Vivekh borrowed his accent for Das’ character heavily from Sivaji Ganesan’s portrait of a cop in Thangappathakkam; the gait came from Rajinikanth’s ‘Alex Pandian’. Inspector Das, alongside Pasupathy and the Malayali tea kadai lady Savithri, caused a solid belly ache to those who watched these scenes on loop in the 24/7 comedy TV channels.

Sample this line: “Elay don’t worry, be happppyyy!” That was Thanthoni in a nutshell for you. Possibly the funniest interpretation ever of a villager, Vivekh’s Thanthoni cracked up audiences every time he popped up on screen.

Unlike in most other iconic roles, Thanthoni’s success relied largely on Vivekh’s use of slapstick and physical humour — in that the funny bits happened when Thanthoni would get caught in the crossfire and suffer bodily damage!

Emotional Ekambaram was Vivekh telling us he hadn’t gone out of touch with comedy. As audiences started going woke, Vivekh’s influence started to wane; there was also pressure from a fresh group of comedians who had made their mark in the industry like Santhanam, Soori, Sathish etc. 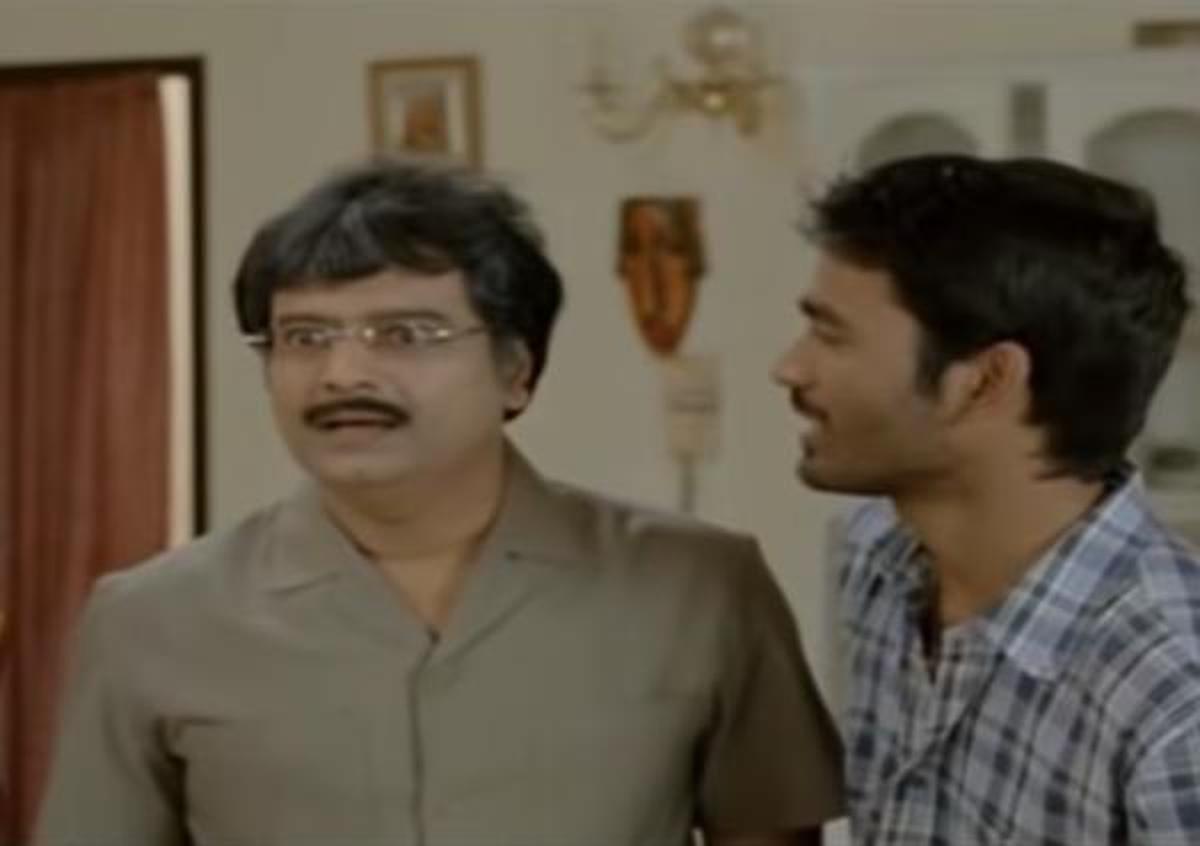 However, with Emotional Ekambaram, Vivekh resorted to the bare basics — slapstick, timing and dialogue delivery and he aced it. Plus, he had the best partner from among the younger crop of stars in Dhanush to work with in this film.

We just couldn’t restrict a three-decade career spanning over 200 films to 10 entries:

Playing Krishnan, the brother to Ramya Krishnan’s character, in this film that stars Prabhu Ganesan, Vivekh hit the ball out of the park combining with other artistes of top calibre — like Kovai Sarala and the late Manivannan.

Who can forget the ‘Krishnan Nair’ skit when the depressed romantic converts himself to a Malayali to impress the girl from Kerala that he is after. The skit also inspired a Hip Hop Tamizha Adhi song nearly two decades later.

At the height of his success, Vivekh played the role of ‘Karuthu Kandasamy’ — a dig at his own fame in the outside world as a man who spouts messages in his films.

In one of the earlier scenes in the film, Vivekh tells us that he isn’t bothered by naysayers and critics in this dialogue: “Kalla thooki adicha, eduthu veedu kattikka; muttaiya thooki adicha, atha vechu half boil poda kathukka” (If they throw stones at you, build a house out of it; if they throw eggs at you, make a half boil out of it). We all could aspire to be a bit like ‘Karuthu Kandasamy’.

Alongside actor Vikram, the late comedian delivered one of his best performances to date in a mainstream movie.

Playing Narayanasamy aka Naren, the childhood friend of the protagonist, his antics — trying so hard to impress Reema Sen’s character and failing — made us fall sideways in laughter. His combination scenes with Mayilsamy, and the iconic sketch where he misinterprets the Sun sign Cancer for the deadly disease is something we can watch on loop.