Freedom fighter and Gandhian passes away in Belagavi 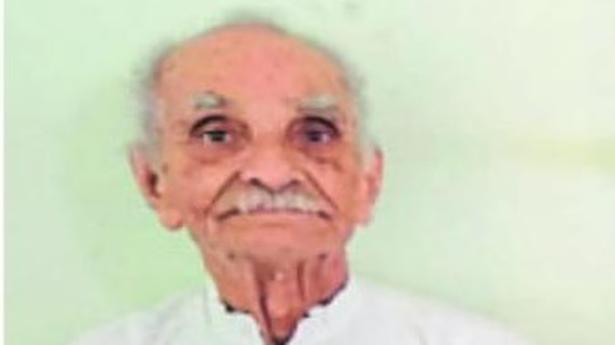 The close associate of Vinoba Bhave celebrated his 101st birthday a few months ago.

He celebrated his 101st birthday a few months ago.

He died of natural causes in Kadoli village of Belagavi district.

Influenced by Vinoba Bhave, he donated nearly 100 acres of his ancestral land among the landless and lived in a house he and his wife built on a one-acre plot on the outskirts of the village. He spent his entire life promoting khadi, simple living and sustenance farming.

He was a member of the Assemblies in 1945 and 1952. He resigned in 1955 saying the elected governments were not doing enough for the poor.

He leaves behind a son and a daughter.

His wife of over 80 years died last year.