Centre asks states to make rational use of medical oxygen, ensure no wastage 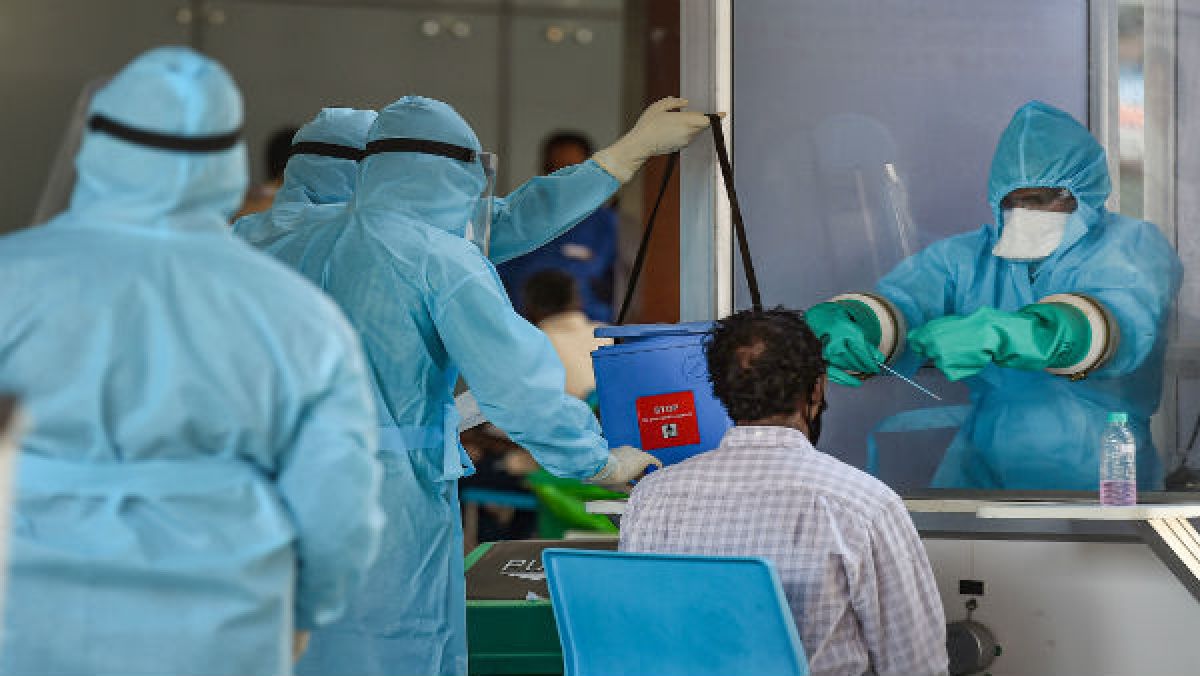 New Delhi, Apr 15: The Centre on Thursday asked states to make rational use of medical oxygen and ensure there is no wastage while stressing that there is sufficient stock of oxygen in the country.

Medical oxygen is a critical component in the treatment of COVID-19 affected patients. An inter-ministerial Empowered Group (EG2) of officers was constituted during the COVID pandemic in March 2020 to ensure the availability of essential medical equipment including medical oxygen to the affected states, the Union health ministry said.

“Along with the ramped up production of the oxygen manufacturing units and the surplus stocks available, the present availability of oxygen is sufficient,” the ministry said, adding that the country is producing oxygen at its full capacity everyday for the last two days.

Besides, states have been asked to set up control rooms to ensure smooth supply of oxygen to the districts according to need, review requirement of cylinders, tankers etc. the ministry said in a statement.

A detailed daily mapping of sources for supply of medical oxygen to the affected states is under preparation to ensure uninterrupted oxygen supply, it said.

Fact check: This viral message on coronavirus variant has not been issued by the health ministry

The exercise will be carried out on the basis of detailed daily deliberations between officers of the Department for Promotion of Industry and Internal Trade, health ministry, steel ministry, various critically affected states, Petroleum and Explosives Safety Organisation, along with key stakeholders including representatives from oxygen manufacturers, All India Industrial Gas Manufacturers Association according to the directions of the inter-ministerial Empowered Group (EG2), it added.

“It is pertinent to note that there is sufficient production capacity of around 7127 MTs for oxygen in the country, and as per need, the surplus oxygen available with the steel plants is also being utilised,” the ministry said.

“The country has a daily production capacity of 7127 MT of oxygen per day. Against this, the total production has been 100 per cent since past two days, as directed by the EG2, since supply to medical oxygen has gone up rapidly,” the ministry added.

On April 12, the medical oxygen consumption in the country was 3842 MTs, that is 54 per cent of the daily production capacity.

With increasing cases, the medical oxygen consumption will need to keep pace with the requirements of the states. For this, the current oxygen stocks of the country, including the industrial oxygen stocks with the manufacturing plants, is more than 50,000 MTs, the ministry said.

The measures also include utilising surplus stocks available with steel plants and mapping requirements of top states with oxygen sources, including with sources across the state borders and those available at steel plants, for greater clarity and assurance for the states on the oxygen sourcing, the ministry said.

According to the ministry, the challenge at present is to move oxygen from states with less necessity to those with increased necessity. Mapping of surplus sources with states that have greater need for oxygen is being finalised in consultation with the manufacturers, states and other stakeholders, it said.

This has been undertaken through coordinated planning between the Union and state governments to map their requirements up to April 30 with the available sources and stocks of oxygen in the country, the ministry said.

A subgroup has been formed under the Ministry of Road Transport and Highways with Ministry of Railways and transport departments of states to facilitate the movement of tankers for Liquid Medical Oxygen (LMO). Moving of oxygen tankers by rail is also being actively worked out, it said.

Further, industrial cylinders have been permitted to be used for transporting medical oxygen after due purging and placing of orders for the purchase of another one lakh oxygen cylinders by the health ministry is also being undertaken, it said.