Why there is a telescope beneath Lake Baikal? 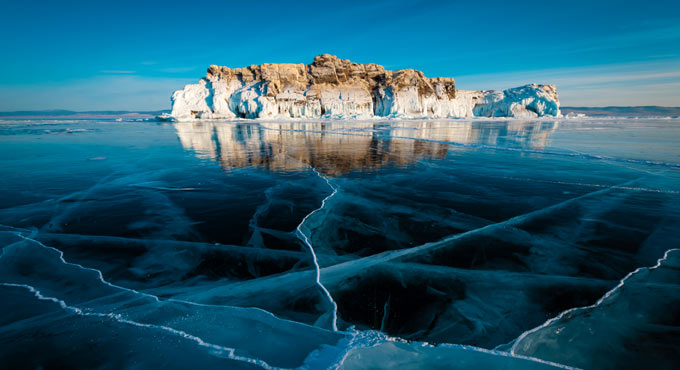 The telescope, Baikal-GVD, is designed to search for neutrinos, which are nearly massless subatomic particles with no electrical charge.

Russian scientists have deployed a giant telescope into the frigid depths of Lake Baikal in Siberia to search for the tiniest known particles in the universe.

The telescope, Baikal-GVD, is designed to search for neutrinos, which are nearly massless subatomic particles with no electrical charge. Neutrinos are everywhere, but they interact so weakly with the forces around them that they’re hugely challenging to detect.

That’s why scientists are looking under Lake Baikal, which, at 5,577 feet deep, is the deepest lake on Earth. Neutrino detectors are typically built underground to shield them from cosmic rays and other sources of interference. Clear freshwater and thick, protective ice cover make Lake Baikal an ideal place to search for neutrinos, researchers said.

The glass spheres hold what are called photomultiplier tubes, which detect a particular kind of light that’s given off when a neutrino passes through a clear medium at a speed faster than light travels through that same medium. This light is called Cherenkov light after one of its discoverers, Soviet physicist Pavel Cherenkov.

Researchers have been looking under Lake Baikal for neutrinos since 2003, but the new telescope is the biggest instrument deployed there so far. According to the scientific consortium that developed the telescope, it will also be used to search for dark matter and other exotic particles.

Baikal-GVD is about half the size of the largest neutrino detector on Earth, the IceCube South Pole Neutrino Observatory, which consists of the same type of light-sensing modules as Baikal-GVD, embedded in 1 cubic km of Antarctic ice. IceCube detects about 275 neutrinos from Earth’s atmosphere each day.