The ‘Dreamum Wakeupum’ girls: Priyanka and Sindhuja on their viral Instagram Reel 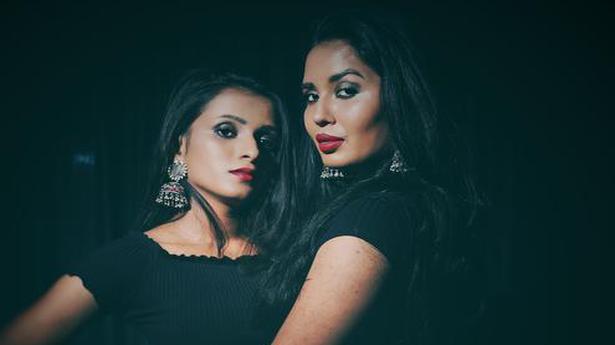 The Chennai dancers’ choreography for the popular Bollywood number has garnered over 15 million views, and is a social media superhit

When Prithviraj and Rani Mukerji grooved to Dreamum Wakeupum in 2012, it created quite a stir as the incredibly-catchy ode to the ‘80s found a perfect match with the actors’ outrageous expressions and moves.

Now, almost a decade later, the song is trending again, thanks to two Chennai dancers who have captured the imagination of Instagram users with a 30-second Reel.

Priyanka Nair and Sindhuja Hari had no idea that their video (that Priyanka conceptualised the choreography for) would result in over 15 million views — and counting — when they decided to pay tribute to the jaunty song from Aiyyaa, which was composed by Amit Trivedi.

“We noticed that Dreamum… was suddenly making a comeback with dancers on online platforms. So we decided to dress up in sarees (we actually had someone help us, because we didn’t know how to drape them!) and I came up with a quick choreo. The main idea was that it should be easy for others to follow,” says Priyanka, who co-founded the YouTube channel Bollymadras, along with Sindhuja.

The duo has been posting YouTube dance covers since 2019

Sindhuja, who also runs the studio Urban Dance Academy, says that their version going viral was really unexpected. “More surprising has been the number of videos that have popped up of other female dancers recreating the moves, and crediting us,” she beams.

However, the Reel’s popularity has also come with its share of criticism too, as some followers have expressed that the steps may be a tad too flashy.

“Honestly, the choreography was conceptualised in a very normal way, but maybe some have interpreted it differently than we imagined. The original song is risqué, yes, but we want to emphasise that when it comes to dance, the focus is only on the dance and nothing else. We have heard feedback from several women that they felt confident enough to pull off these movements, without being concerned about their body image, after watching our video. We are thrilled at being able to motivate them to give it a shot,” explains Priyanka.

The two Chennaiites, who are in their 20s, met through a mutual friend in 2019, and have been posting dance covers since, of popular film numbers like O Saki Saki, Nakka Mukka, Butta Bomma, and so on. “But it was our dance video of Verithanam from Bigil that got us our big break. Fans of Vijay loved it and shared it extensively all over. Our careers as YouTubers really took off after that,” they add.

“Now, our goal is to move beyond Chennai, and hold workshops, teach people all over India and globally. We’d like to emulate Team Naach, who first started off like us and now have a worldwide fan following. If not for COVID-19, we’d have grown bigger, but we relish the challenge,” says Sindhuja.

Next up, their cover of Nadiyon Paar from Roohi is already racking up the views, and they have big plans to keep entertaining social media. “The Chennai dance scene is actually quite competitive, which is why we put so much effort into our costumes, make-up and choreo to stand out among the many crews on YouTube. It all comes down to the work we put in, and we love doing what we do,” they sign off.