The Hindu Explains | What is the Film Certification Appellate Tribunal, and why has it been abolished? 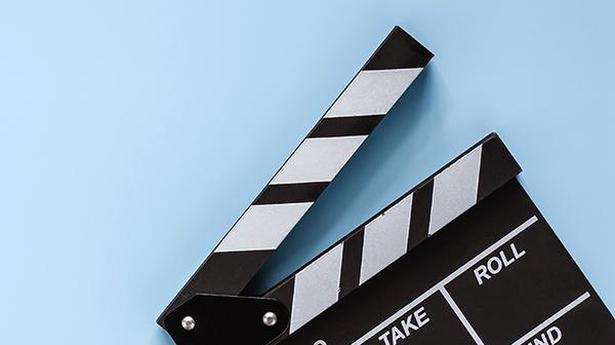 How will the recent ordinance on tribunals impact filmmakers seeking redressal on certification and cuts?

The story so far: On April 4, the Centre notified the Tribunals Reforms (Rationalisation and Conditions of Service) Ordinance, 2021, issued by the Ministry of Law and Justice. The Tribunals Reforms Bill was introduced in the Lok Sabha in February, but was not taken up for consideration in the last session of Parliament. The President later issued the ordinance, which scraps the Film Certification Appellate Tribunal (FCAT), a statutory body that had been set up to hear appeals of filmmakers against decisions of the Central Board of Film Certification (CBFC), and transfers its function to other existing judicial bodies. Eight other appellate authorities have also been disbanded with immediate effect. The ordinance has amended The Cinematograph Act, 1952, and replaced the word ‘Tribunal’ with ‘High Court’.

When did the FCAT come into being?

In 1983, a decision was taken to establish the FCAT, a statutory body under The Cinematograph Act, headed by a member from the legal fraternity. Before the FCAT, filmmakers had no option but to approach the court to seek redressal against CBFC certifications or suggested cuts. So, the FCAT acted like a buffer for filmmakers, and decisions taken by the tribunal were quick, though not always beyond reproach.

How important was the FCAT in the certification process?

According to observers, the CBFC was increasingly getting stacked with people close to the ruling dispensation, both the Congress and the BJP. Of late, the body has been headed by chairpersons who have ruled with a heavy hand and ordered cuts to films critical of the government. The clash between the film fraternity and the certification body became more pronounced in 2015 with the appointment of Pahlaj Nihalani as the chairman of the CBFC, and the FCAT had to step in often to sort out disputes. “In the context of a ban on a film or an order to delete scenes and dialogues from a film, the FCAT was called upon to frame the objections of the certification board in the context of the constitutional framework of freedom of expression,” said Lalit Bhasin, former chairperson of the FCAT. Some recent films like Shaheb Bibi Golaam and Lipstick Under My Burkha, both released in 2016, got a favourable hearing from the FCAT. The documentary, En Dino Muzaffarnagar, made by filmmakers Shubhradeep Chakravorty and Meera Chaudhary, was denied certification.

Mr. Bhasin, who was also part of the Justice Mukul Mudgal Committee, which examined the certification process and suggested recommendations, said, “Neither the Mudgal committee nor the Shyam Benegal committee recommended that the FCAT be scrapped.” Among other objectives, the rationale for setting up the FCAT was to reduce the burden on courts by functioning as an appellate body. Mr. Bhasin added that the tribunal, under him, took swift decisions, usually in six weeks.

Why has the tribunal been abolished?

The move to abolish the FCAT along with other tribunals follows a Supreme Court order in Madras Bar Association vs. Union of India. In November last year, a two-member Bench directed the government to constitute a National Tribunals Commission. It said the Commission would “act as an independent body to supervise the appointments and functioning of Tribunals, as well as to conduct disciplinary proceedings against members of Tribunals and to take care of administrative and infrastructural needs of the Tribunals, in an appropriate manner”. The top court, addressing the issue of dependence of tribunals on the executive for administrative requirements, recommended the creation of an umbrella organisation that would be an independent supervisory body to oversee the working of tribunals.

“The court had expressed that the functioning of tribunals could be strengthened. So, the government cannot take advantage of the order and take shelter under it,” said Mr. Bhasin. The move to abolish the FCAT is surprising as it comes in the backdrop of the recommendations of two influential panels — the Mudgal Committee and the Benegal Committee — both of which suggested an expansion of the body’s jurisdiction.

Now that the FCAT has been disbanded, it will be left to the already overburdened courts to adjudicate. With the government tightening its control on over-the-top (OTT) content and ordering players in this area to set up a grievance redressal body to address the concerns of the viewers, many observers point out that the courts will have to play a greater role as an avenue of appeal. With cases pending for years, it is anybody’s guess how long the same courts will take to adjudicate on matters of film certification. The role played by the FCAT, which used to handle at least 20 cases a month, will now have to be performed by courts. That includes watching and reviewing films in their entirety to understand the process of certification.