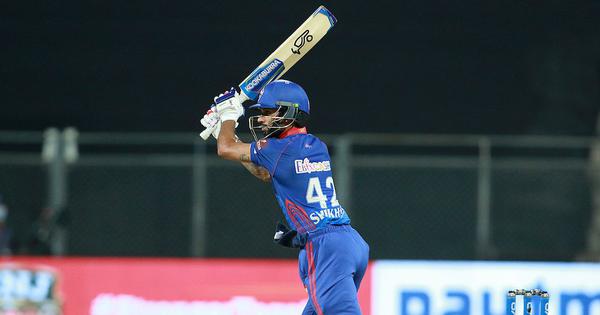 Shikhar Dhawan looked in sublime touch while Prithvi Shaw carried his brilliant form over from domestic cricket as the openers smashed a hapless Chennai Super Kings attack into submission to guide Delhi Capitals to a seven-wicket win in an IPL match in Mumbai on Saturday.

Shaw’s innings had nine boundaries and three sixes while Dhawan was equally attractive in his strokeplay with 10 fours and 2 sixes.

The CSK attack had no answers as the DC openers took control of the chase within the Powerplay overs with both Sam Curran (0/24 in 2 overs) and Shardul Thakur (2/53 in 3.4 overs) being carted all over the park.

Raina, who skipped the last IPL due to personal reasons, was back with a bang, smashing 54 off 36 balls with three fours and four sixes, while Curran blazed his way to 34 off 15 deliveries.

Moeen Ali’s brisk 36 off 24 balls and Ravindra Jadeja’s unbeaten 26 off 17 balls were the other vital knocks.

For DC, Avesh Khan returned with an impressive 2 for 23, including wickets of Faf du Plessis and MS Dhoni.