Hold the alcohol! 2021 will be the year of mocktails 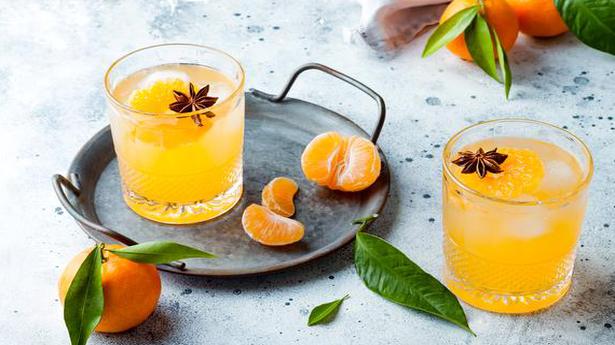 Eager to just step out, people find that the significance of a bar has evolved for them over the past year. For a growing number of Indians; it is not so much about swigging a few beers or throwing back a few shots, but more about enjoying the change of scenery and revelling in a non-alcoholic drink.

Unfortunately, the ‘virgin’ tag in the drinks space has so far come with a green light for compromise. Most virgin mojitos just have dollops of sugar syrup, while some virgin cucumber gimlets comprise lime juice with chunks of cucumber at best.

Thankfully, consumers are now empowered more than ever to ask for a ‘premiumisation’ of mocktails: that is to say, ones without sugar rush-inducing ingredients and stacks of ice. In response, bartenders rise to this challenge and admit that non-alcoholic beverages have shot into prominence.

Though Yangdup Lama first opened his famous Delhi bar Sidecar in August 2018, they did not have a liquor license until December of that year. So the place kicked off with a mocktail menu, which seemed risky. However, looking back at those first few months, he says innovating on mocktails was liberating rather than restricting, and he and his team of trusted bartenders loved the process so much that they retained that mocktails menu to this day.

“We get people coming in during the day for those mocktails,” he explains. “One of our popular ones is made of bel or wood apple — such a fantastic fruit in so much abundance — and we opened up that conversation around the bel’s versatility. This is mind, the demand for mocktails is also based on the typical growth mindset in that people always want something more.” Other much-loved mocktails at Sidecar include a velvet spice (a concoction of black grapes, redberry puree and lime, with a dash of chilli) and walk on the street (grapefruit, turmeric shrub with orange and mint soda). Mumbai-based flair bartender and TEDx speaker Ami Shroff points out that for people who drink alcohol, there are many choices in terms of the base, a whiskey, a cognac or even a beer — and then for each base, there are countless possibilities. However, in the mocktail space, options are limited to mainly juices and aerated waters. This inequality has been long predominant at bars and restaurants across the country, and she is glad it is changing. “Cocktails obviously have a bigger price bracket and get more attention, so that explains the heavier focus on them at some places,” she states.

Interestingly, Ami points out that many of India’s bartenders receive training from liquor brand ambassadors, so their repertoire primarily comes with boozy elements. “There is not much focus on how flavours would work without alcohol. The same goes for a lot of bartending schools. Automatically, the bartenders are just attuned to fixing cocktails,” she reflects. “The good thing is, as the experience across customers is evolving, so will that of the bartenders.”

Ami predicts that bars will have more training sessions, specifically around flavour combinations in the non-alcoholic space. “When a drink does not have such a component, the profile changes significantly. So bartenders will have to look into the good and bad of flavour compensation a lot more.” As an example, she says Bloody Mary can easily be made non-alcoholic by enhancing the tomato flavours without offering the customer too much acidity.

The growing mocktail mania has seen Yangdup working with different companies such as Jimmy’s Cocktails, making ready-to-make mixes in a mocktail format. “In the next few months, people can look forward to more such companies releasing these non-alcoholic packages,” he puts forth. “These companies would also be making sure that one can add alcohol if they like to the same mix, to help people be more experimental at home which has been much of the ‘new normal’, post-pandemic.”

These companies, including &Stirred, Tea Trunk and Mixtale, appeal not just to big metro cities, but also to smaller towns where there are few opportunities to try a good mocktail or a cocktail.

‘Of flavour and soul’

A juggler and flair bartender, Ami is no stranger to the theatre of the bar, but insists that the success of a drink comes down to its flavour and soul.

Will this shift in consciousness affect how a restaurant or bar’s supply chain operates? Ideally, it should not. There is a misconception that making a mocktail is a no-brainer. But clearly, that is not the case, considering how so many mocktails have been a let-down for such a long time. Both Ami and Yangdup say the same knowledge of techniques, flavour combinations and presentation to make a cocktail should be used to craft a mocktail.

Owing to premiumisation, India’s drinking crowd is more ingredient-conscious now; going far beyond ordering a drink just by the name but understanding and often predicting how a combination of elements would taste together in a single sip. “People are asking bartenders when a juice within a drink was made, if it is freshly-squeezed or packaged. The communication between the customer and bartender has changed,” specifies Yangdup.

It is one thing to hear how mocktails are successful for bartenders reaching a new demographic, but we want to know what mocktails they actually drink. Yangdup favours any drink combination of kaffir limes, and mangoes makes him happy. Meanwhile, Ami chuckles and says she loves a good virgin Bloody Mary.