A shot of hot, Himalayan rasam at Avva’s Cafe in Bir 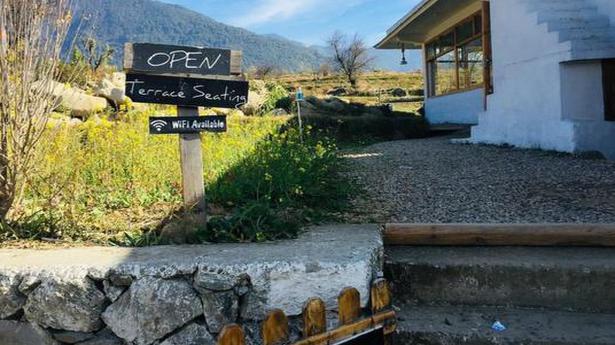 Bir, the village in Himachal known for its paragliding, has an authentic South Indian café just off the landing ground

Dotted along the entry to Bir are signboards that say “AVVA’s café, flavours of southern India”. Considering that this is a village in Kangra in Himachal Pradesh, with a population of Tibetan refugees and local folk, this is a bit of a surprise.

Situated close to the landing ground — Bir is known for its paragliding — the café’ itself is even more of a surprise. Its Japanese-inspired interiors: White walls, loose stones on the floor, locally-made wooden tables and chairs, rope, and tin lamps are the not the sort you would expect in a place serving puliyogare.

Two large glass windows frame the snow-capped Dhauladars, mist circling them, and the barley fields just outside. The building has one of the few terraces in the area not used for a plastic water tank. On its two levels, people sit and sing, read, work, as the cool wind blows.

Suraj Dikonda, whose idea it was to start the café, had worked in advertising. “One of my projects was with a Japanese real estate firm, so I was exposed to that design sensibility and minimalism,” he says.

Sometime around 2017, he made the trip to Bir, from Delhi, where he was working. “I loved that it was very laidback, non-commercial. There were just four or five cafes here and not more than 10 places to stay. Also, people came here for the paragliding and for Nature, not for charas.”

At 26, he began to think of setting up a café here. So he spoke to his parents in Pune, suggesting that they move to Bir and set it up, as he continued working at his full-time job. Anil and Sunanda Dikonda, who speak Hindu and Telugu, had been to Himachal just once, many decades ago. “It took him eight months to convince us,” says Anil, who has run a few businesses through his life. Sunanda has always been a homemaker, cooking and feeding people. Hence the name of the cafe: Avva means mother in Telugu.

They finally consented, and in 2018, the family took a loan, leased the land, and built a structure. Suraj would come in every two weeks. “On the first day, we gave out food for free, just to introduce people to the food,” says Suraj. What surprised them were the monks who visited, thankful that a South Indian food place had opened. “They had visited a monastery in Mysore, and eaten these things there,” says Anil, who is now 63. For those who did not understand what an idli or dosa were, they constructed a little card with pictures of the basic dishes.

Sunanda, who is 48, and originally from Chengal in Nizamabad, Telangana, says she has figured out how to ferment the batter in the cold: “It takes 48 hours in winter and 24 hours in summer,” she says.

The most popular dish is Avva’s special dosa, which has three pastes spread thin on the inner portion: a Chettinad, podi, and a chilli garlic mix. All spices and chutneys are freshly ground daily, and the couple still goes together to buy vegetables. When the family initially arrived in Bir, the local vegetable vendors did not stock coconut, but on special request they began to. There are still things like appalams, coffee, and tamarind that they need to bring in from Delhi’s INA market that caters to the large South Indian population there. 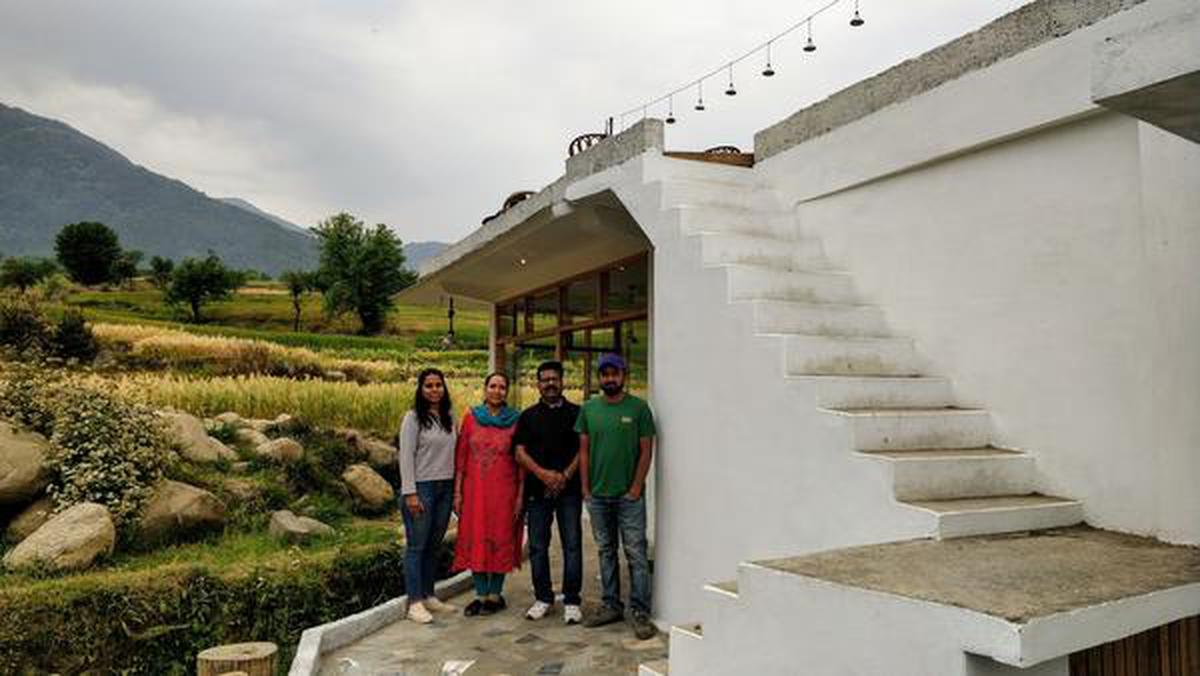 Every visit begins with a black chana ‘starter’ and a rasam shot. The local Himachali people find the food too spicy; most of the cafe’s patrons are tourists. In fact, after the lockdown, for which they were shut for four months, Suraj says they have never seen a more crowded December. With a daily footfall or 100-150 that goes up to 300 over the weekend, they have seating for about 70 people, spread out across an inside space, a terrace and a backyard.

Anil says Avva’s is the only pure vegetarian restaurant in Bir. “Once a lady came in asking if we made eggs. I said no. She asked if we could at least do them boiled, and I repeated that we were pure veg. She went out and called about 20 people in. She had been testing us,” he says, laughing.

Last year, Suraj’s sister Priyanka moved to Bir, to help with the café. During the lockdown, it was her idea to make masalas for sale online. Now, the masalas do well in the café. “People taste the food and want to make the same thing,” he says.

In December 2020, Suraj quit his job and moved to Bir to be with his family permanently, wondering whether they would like to do a franchise. They decided against it, because the reason to start the café was for the family to come together, and for Suraj himself to get off the hamster wheel.